How former elite athletes move on from the field

It is often said that an athlete dies twice. Once when they take their last breath, and the other when they retire from the sport.

When the full-time whistle is blown for the last time, so begins a journey into the unknown. For some athletes, the transition is made easier by the life they have made for themselves outside of sport. For others, a career in media or coaching is just a few short courses and phone calls away. But for what seems like a growing number of athletes, the black dog rears its ugly head when they try to cope with reality outside of the game.

The tragic passing of former Wallaby Dan Vickerman was a stark reminder of the challenges faced by the elite, those who have spent years at the top of their game.

"When you hear athletes talk, you can get a sense of how much their identity is wrapped up in the sport. They're not a person who swims, they are a swimmer," says sports psychology expert Stewart Vella from University of Wollongong's (UOW) Early Start.

"When you have your identity wrapped up in something and then that's taken away, it can be very difficult."

For former National Rugby League (NRL) player Dan Hunt, rugby league was more than just a childhood dream. "For me, growing up was pretty tough. I came from an environment of domestic violence, both physical and emotional," he recalls.

"I guess I was going down a certain path. As a young person I was very angry and resentful. Rugby league was my place where I felt I could do something, make something of my life. I set my goals there and when I made my debut in 2007 I ticked the box that I had made my dream come true."

Dan quickly rose to the top of his game as a prop with the St George Illawarra Dragons.

UOW sports psychology expert Helen Ferguson says athletes need a plan for when their career ends, knowing that it could end suddenly. "As an athlete, there's always going to be that threat of injury that could be career ending. Knowing what happens and having a contingency plan is important," she says. 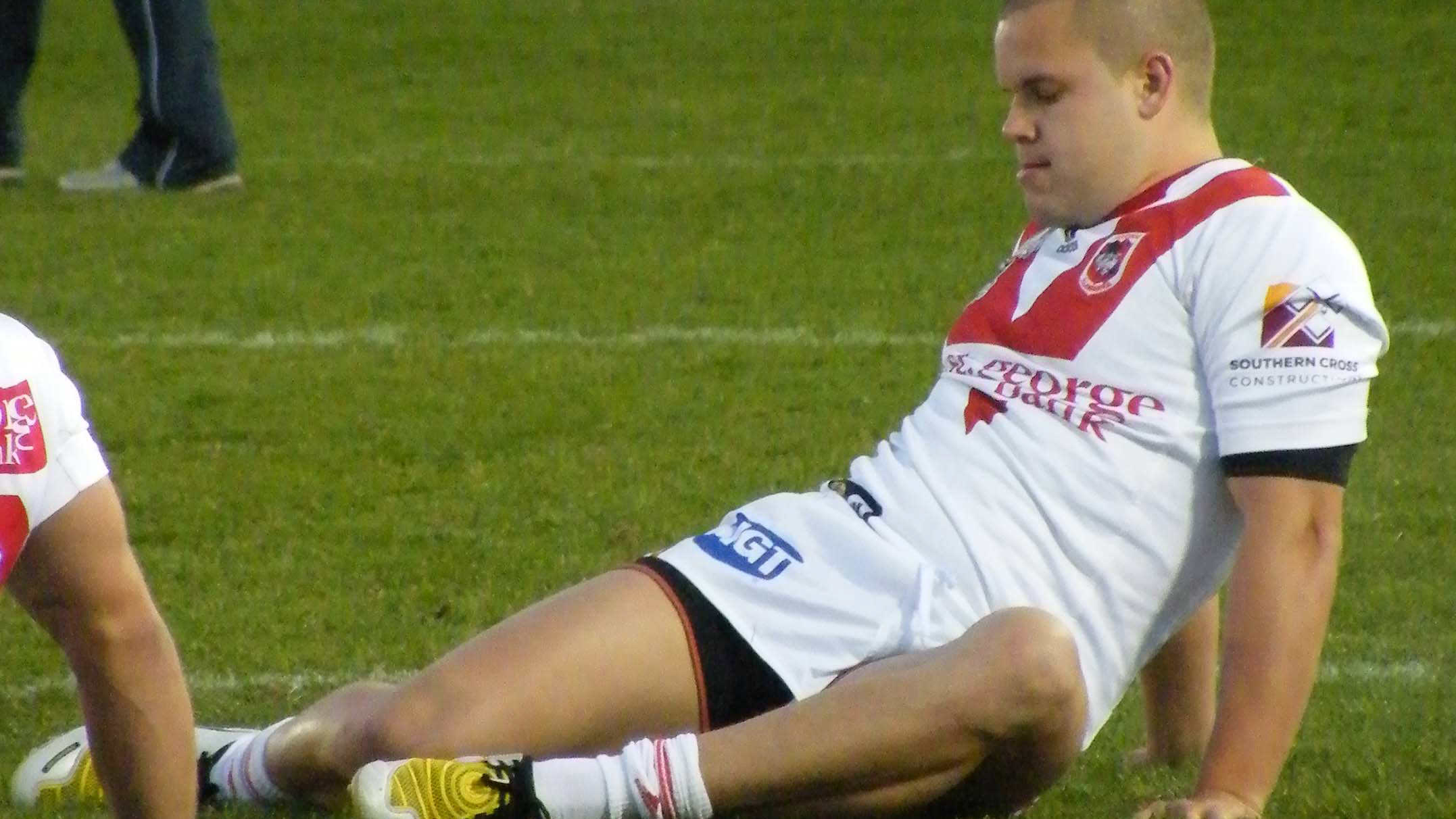 Dan vividly remembers the moment everything came crashing down.

"In 2010, I was probably playing the best footy of my career, and in round 16 of the warm up against the Canberra Raiders I ruptured my Achilles tendon and I was out for the rest of the season. I missed the grand final and I had to get surgery," he recalls.

"What that did was it brought back everything from my past that I hadn't dealt with. The emotional violence, the physical violence, the stuff that I just swept under the carpet."

Dan underwent surgery and was prescribed painkillers for the physical pain. "I began to take them for the emotional pain. I was taking way more than I was supposed to, mixing them with alcohol, and doing it to escape reality. Still not acknowledging or dealing with what was going on in my life," he says.

Helen explains that every athlete reacts differently to transitions in their career, whether that be injury, retirement, or a change in clubs or teams. "All of those transitions can have quite a big effect on athletes depending on the support network they have around them and how they have prepared for those changes," she says.

For Dan, an overdose that nearly ended his life was the wake-up call he needed to set his life back on track.

"At that time I just didn't see any light at the end of the tunnel. I knew waking up that next day that I didn't want to die and that I wanted to get back to being the best version of myself. I just didn't know how."

Helen says that for many athletes, asking for help can be misconstrued as a sign of weakness.

"Athletes face a range of challenges and pressures, and there is still a stigma, especially for males, that elite athletes are strong and tough, and don't struggle with anything, and so they feel like they can't show weakness," she says. "There is a fear, because they live their lives in the media, a fear of what other people might think, how the media will portray things if they ask for help."

Injured and going through the struggle alone, Dan says he was in a "pretty dark place" with what seemed like no way out. "There was no way I was going to put my hand up and ask for help in that professional environment," he says.

Stewart agrees that asking for help can be one of the hardest challenges an athlete can face. "If a player is suffering majorly from anxiety before games or competitions, with no contract for next year, do you think they're going to say that to their coach? Probably not," he says.

It wasn't until Dan's coach at the time, Wayne Bennett, asked two simple questions that Dan started to see a way out of the darkness: Are you ok? Is there anything I can do to help?

"He knew I was struggling, he could see it," Dan recalls. "I made a decision that I was going to go and get some help. I went to the Black Dog Institute. I drove myself out there. That was a pretty tough drive. I remember how anxious I was, how scared I was.

"My palms were sweaty because I did know what I was going to have to face but I didn't know what the outcomes were going to be. I had never dealt with it; I had never faced it before. I was pretty apprehensive."

The road to retirement

According to a 2015 study released by Professional Footballers Australia (PFA), there is a high prevalence of mental health issues, financial uncertainty and chronic health problems among the country's retired and transitioned players.

At the time, PFA Chief Executive Adam Vivian said players were not equipped with the ability to cope with life post-football. "The report highlights just how difficult transition and retirement is for players and the many challenges that come with it," he said.

The findings revealed that 45.2 per cent of players rated their transition as difficult to very difficult, 19.5 per cent experienced mental health and wellbeing problems and 65.7 per cent indicated that football commitments had a negative impact on their ability to study.

Helen says although the transition can vary from athlete to athlete, the loss of identity is a major issue faced by retiring players.

"Full-time professional athletes, their sport is their life, that's their identity, so it's really important that they have something outside of that, so that their whole identity isn't just based around their sport," she says. 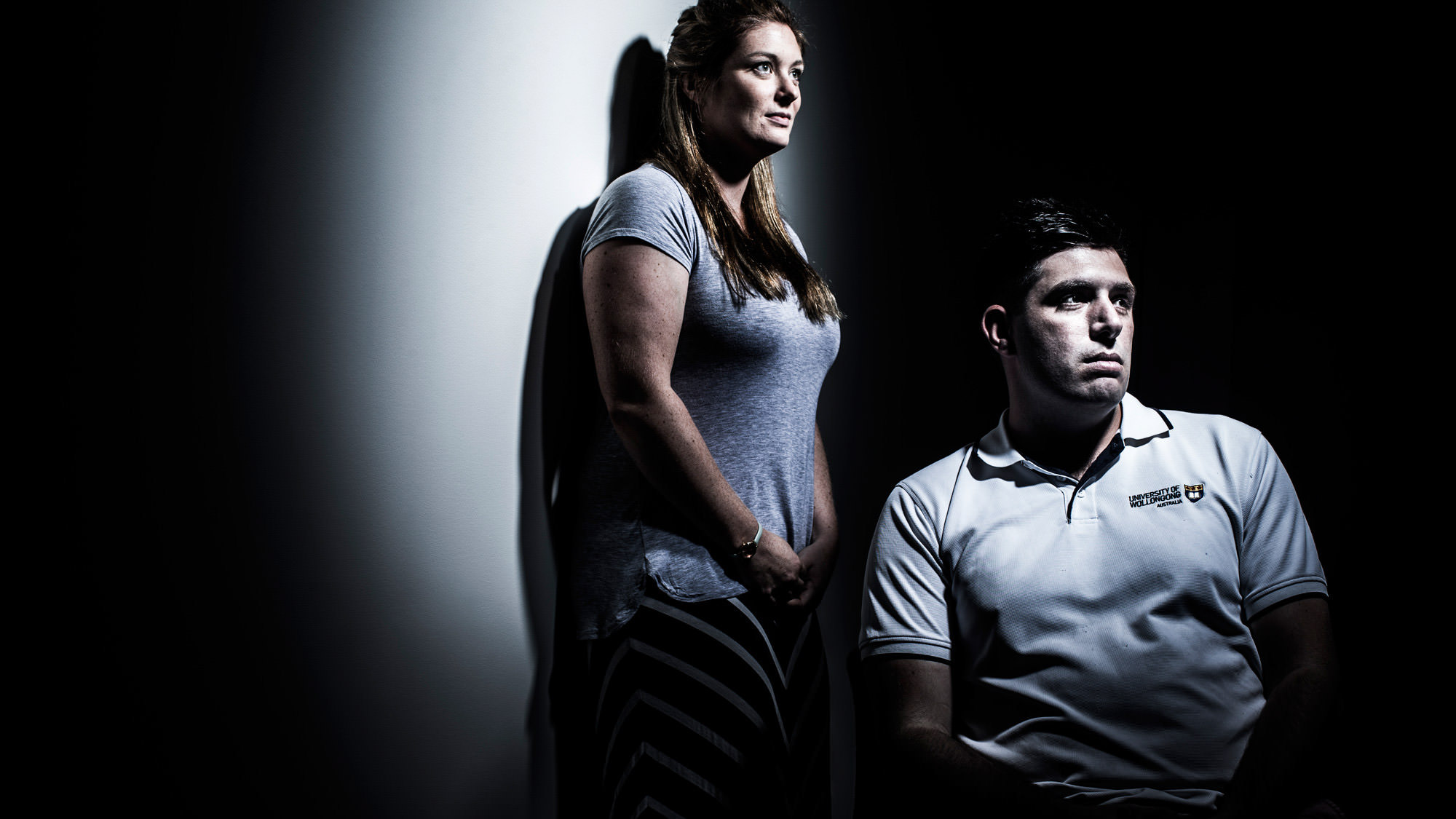 Dan returned to the field in 2011 and earned a representative cap for New South Wales Country Origin. He continued his journey on the field until a career-ending knee injury in 2015 forced him into early retirement.

"I got hit in a tackle awkwardly and was seen by two different orthopaedic surgeons. I was told I'll never play the game again, I'll be lucky to run," he says. "I was very anxious. Was I going to go back to that place that I was in 2010? Was I going to become addicted to drugs? Was I going to struggle?"

For many athletes, the road to retirement is fraught with uncertainty. "They can feel quite alone because they've lost their support network," explains Helen.

"If an athlete feels more prepared, they're better able to deal with it and less likely to suffer from mental health problems."

Dan says a lot of players struggle with life after the game because they don't know who they are, other than being a footy player. "We get told where to be, what to wear, what time, what to eat, and you get thrown out into the real world and you've got to fend for yourself. You've got to do everything for yourself," he says.

"Because I had gone through that adversity in 2010 and I had footy taken away from me, I had to do a lot of soul searching, I had to work at who I was because at that time I just thought I was a rugby league player but that's just what I did.

"Now I know that you need to have a clear identity of who you are. You need to have strong values and know what you stand for and I think that will go a long way in helping you find your purpose."

Dan has now turned his focus to a new business, the Mental Health Movement, and to working with juniors at the Dragons club. "I ask them [the junior players], if footy was taken away from you, who would you be? What would you do? What would you be doing? You're still a person at the end of the day."

The light at the end of the tunnel

Stewart and Helen form part of a team working on Ahead of the Game, a mental health initiative at UOW that targets adolescent males who participate in sports. The program aims to equip adolescent males with the skills, confidence, and support systems to recognise the warning signs of mental health problems and act on them as early as possible.

Stewart says recognising the early warning signs for mental health issues is crucial for both athletes and their wider support network. "Really basic mental health literacy will go a long way," he says. "If they [athletes] can act on that really early we think we can ward off a lot of bigger problems down the road."

The road to recovery meant a lot of soul searching for Dan.

"I'd like to say I manage my mental illness. I've managed that through strong support networks, through positive coping strategies, and being able to do them consistently," Dan says. "I now turn to my strategies as opposed to the drugs and the alcohol and the anger. I was obviously a pretty angry person. I was probably an arrogant person.

Get the latest from The Stand

Subscribe to a regular digest of stories from UOW