One of Australia's most accomplished outdoor adventurers shares his life's lessons.

Wollongong-born and raised adventurer Jon Muir* cuts a striking figure. Dressed in a singlet, green and blue tartan kilt (it's not of the clan Muir, 'not that anyone in Australia would know', he says), a leather necklace adorned with several large animal teeth, with silver hair and beard, he strides across the living room at his mother's home in a Kanahooka estate.

"Jon. Nice to meet you," he says and sticks out a strong arm for a firm handshake. Muir has climbed the world's tallest mountains, sailed oceans, solo kayaked seas for thousands of kilometres, crossed deserts without support and trekked both Poles, making him one of Australia's most versatile and experienced adventurers.

He's taking time out to talk about his adventures - that started at age 14 when he decided all he wanted to do was climb mountains. "I never finished high school," he says, reflecting on the juxtaposition of his formal education and those who he's sharing his experiences with. Muir went to Figtree High School, his sister went to teacher's college and his older brother James studied sociology at UOW in the mid to late '70s.

"I spent my childhood playing in the bush. I wasn't really very interested in television. I was reasonably good at sport, but teams sports, I didn't really like competing against other people; I liked trying to do my best. Adventure, excitement; that was what interested me I saw a documentary on climbing mountains when I was 14 and at that point I knew I was going to be a professional climber and climb Mount Everest. At the time in 1976 only 50 people had climbed it."

He would climb Everest in the 1980s after years of preparation and honing his craft. In 1988, he was part of a team that successfully ascended the south side of the mountain without Sherpas, going on to reach the summit alone. 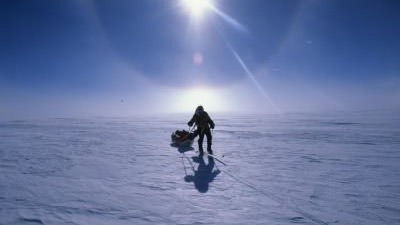 In 2002, the Australian Geographic Society named him their Adventurer of the Year and he has been awarded the Medal of the Order of Australia for services to mountaineering. There is a no doubting the appeal among those from the corporate world keen to hear people like Muir speak about what they have learned from pushing their mind and body to the extreme.

Muir says the sport of mountain climbing is a useful metaphor for those who are looking to find focus or make major career decisions; to climb their 'mountain' in life. His lessons, forged in the crucible of life and death, are readily translatable into many walks of life.

"I think those lessons learned in extreme situations can cast things in a different light to what they would normally hear," he says. "There's always the opportunity to get a fresh perspective on your own challenges. Perhaps you're more likely to get that new idea from someone in a radically different environment than yourself."

Where's your head at?

For Muir, the physical challenge is almost secondary to the mental endurance and strength needed to succeed where others have not tread. And he's quick to point out that it's no different for anyone taking on a major goal, such as a student looking at the prospect of entering university as the first in their family, or those at the start of a their postgraduate research project.

"The physical side of the adventures I've been on are almost secondary to the main event, which is all psychology," he says. "If you don't get that right it's not going to happen no matter how physically fit or strong you are. For anyone setting themselves a big challenge in whatever field of life, it's all about the mental approach and I'm sure doing something like a PhD is similar in many ways."

That's not to say that there's a secret recipe or formula to get into the right headspace. According to Muir - whatever your mountain - the drive is fuelled by a deep-seated desire and passion. "You've got to have the want. You really have to want it. Coming from you, from your heart. You won't bring out your best if you're being pushed in a direction you don't want to go.

"The best results come when they're driven from the heart. You can make it up as you go along but if your mindset is, 'I'll wait and see what happens', then probably not a real lot is going to happen. If an individual does want to reach beyond themselves, for whatever reason, the hardest step is the first one."

An element of nature in education

Muir readily acknowledges he is much happier under a roof of stars and the glow of a fire than under a constructed roof and the glare of an iPad screen. But he argues that we - the collective 'we' - are losing touch with nature and its wonder.

"Out there, beyond where anybody goes, is a place of pure magic. It exists in the mind more than anything else: free, pure and clean. Outdoors is where we spent most of human history. This whole civilisation thing is a very new invention." He draws a clear distinction between being aware of the value of our natural environment, and being proactive about its protection.

"It may be true our youth are more environmentally aware than other generations, but they are actually consuming more resource than any other. You've got to have awareness to do something, but it's another thing to change your behaviour." 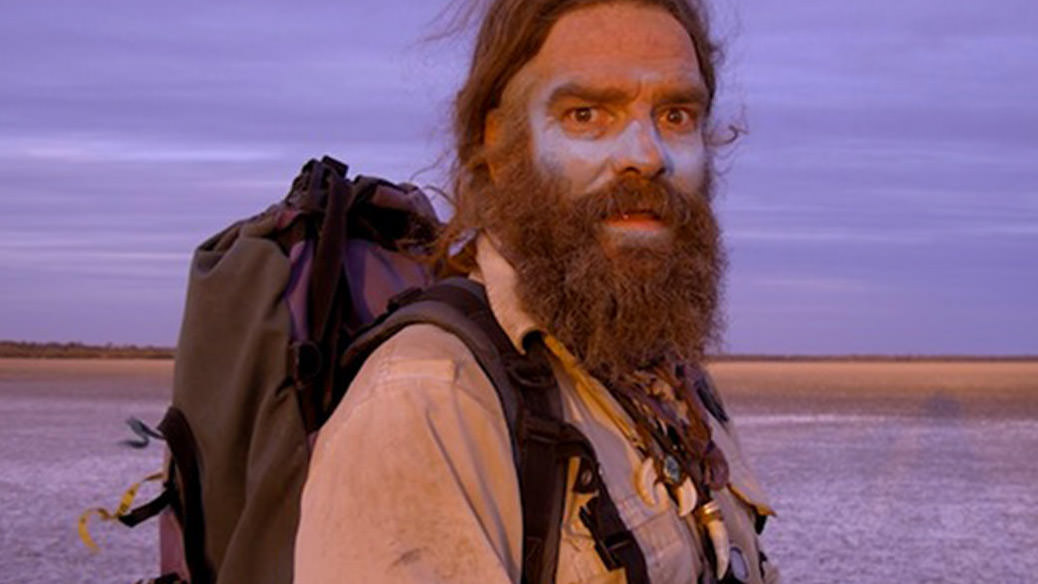 Asked what he thinks makes a well-rounded education in addition to what goes on in the classroom, Muir again draws on experiences shaped outside of his comfort zone. "Diversity of experience has taught me an awful lot," he says. "Go travelling or just engage in something that you normally wouldn't with a group of people of a different age and listen to their stories.

"Connect with older people or younger people … most people will spend most of their time with their own peer group and that's natural. I feel with our nuclear family and modern society there's probably less connection with other age groups than in the past. We don't live in extended families, for example, and they have something to teach us, all of us.

"People take a gap year, but it's almost seen in isolation, a one-off. But continuing that through life is valuable for everybody."

Keep calm and carry on

Muir muses on the thought that perhaps what draws people from the corporate world to listen to him talk about staring danger and death in the face is to learn what it takes to deal with arguably the biggest danger to the health of all working professionals: stress.

"I've had to calm myself down in really dangerous situations and use some deep breathing," he says. "We often get stressed about things that are a waste of energy. There's nothing we can do about it, but we get all worked up. Really look at what it is and see if it's really that relevant.

"One tactic I use fairly consistently is to create the time everyday to spend disengaging from anything and everything around you. You can call it meditation but that's putting a label on it. Just sit quietly and try to empty your mind of all that's going on around you. You're awake but your mind is not racing and that can really lower your stress levels enormously, even if it's just 15 minutes a day.

"And it can be done anywhere with practise."

Keeping calm is as much a mental state as physical. Muir explains he found the link between the two at age 17, while nearly freezing to death on Malte Brun, in New Zealand's Southern Alps. The conditions forced him to answer the perennial question: has he ever pushed too far and wondered what on Earth he's doing?

"Never. Early in my career I spent a night in the open on the top of a mountain in a forced bivouac. I was 17 at the time and it was a very cold night, extreme. We didn't get frostbite but there was no sleep so I asked myself that question, 'what am I doing here?'

"I answered my question on that night, when I was 17, and it went roughly along the lines of, 'well, you want to be a professional mountain climber, what do you expect it's going to be like? It's going to be all beer and Skittles and you're going to be warm the whole time?'

"I told myself I was going to have to accept there would be difficult situations that brought physical, emotional and mental challenge. How was I going to respond – that’s my choice." - Jon Muir

"Am I just going to say 'poor me, this is terrible' when I've chosen to come here? Or should I approach it in a positive frame of mind, because I have chosen this and it's part and parcel of what I'm doing. These are the hard yards but I'm going to face it with confidence, optimism and even, a smile on my face.

A few years later Muir was in the European Alps with his climbing partner and they were struck by lightning three times. It was desperately cold, he recalls. To get through the night they sang 'Always look on the bright side of life'.

Pause for thought: this seemingly indefatigable mental and physical strength doesn't mean that Muir succeeded at everything he put his hand to. Far from it. He made multiple attempts at Everest and other peaks before conquering them. And years of planning went into his 128-day, 2500-kilometre grand trek through the middle of Australia.

"Failure is a beautiful thing. People call it failure, but I think failure is not giving something a go in the first place. I fail if I fail to learn and fail to enjoy myself and that's down to the mental approach. Failure is just not how I see it. I'm giving it a go.

"Many times I've not reached the top of my mountain or not crossed my desert and that's just part of the learning experience. It's really about moments, it's not about getting to the top and thinking 'hooray'.

"Completing the objective can be tinged with sadness. It's about the struggle and then the outcome becomes fairly irrelevant."

*Jon Muir in name and lifestyle is not unlike the famed Scottish-American explorer and conservationist John Muir, known as "John of the Mountains".