How fish scales and magnets could mop up oil spills

A challenge to achieve 'mission impossible' has led to a discovery that could aid environmental clean ups.

What started as an off-the-cuff challenge in the laboratory has led to two novel methods of using magnetic forces to control how oil droplets move within other liquids, including water. Research fellow Dr Yi Du, from UOW’s Institute for Superconducting and Electronic Materials (ISEM), set new PhD student Haifeng Feng a series of tasks to help him familiarise himself with the lab equipment.

Dr Du and partners at Beihang University in China are actively researching new dimensions in materials science to build next generation computing, electronics and smart materials for sophisticated sensors and drug delivery systems. "Haifeng said to me that he could possibly achieve a 'mission impossible' of making a liquid go against gravity without using a pump but an external field," he said.

"In other words, that he could simply drive liquid in any direction he likes by using a very small magnetic field. I didn't believe him, so I bet him $100 that he couldn't make a demo." Haifeng is now $100 better off after showing his supervisor how tiny magnetic particles dispersed in a liquid could make it defy gravity with the help of simple magnets.

"The environmental application for this work is very important. Millions, sometimes billions of dollars are spent trying to clean up and collect oil from major spills."

Magnets could pull oil out of ocean before wildlife is harmed https://t.co/8N03tqL4e6 pic.twitter.com/HJFaVD5txZ

The research is inspired in part by the oil-repellent nature of fish scales as a way of controlling the oil's stickiness to any surface it touches. The challenged has led to two techniques - one using tiny particles dispersed through the oil and the other using an oil-repellent film - that have major implications for environmental protection, as well as protective coatings for drug delivery.

"We actually planned to develop magnetic nanoparticles for drug delivery purposes. But these nanoparticles show good adhesive properties for other possible uses," Dr Du says. In recent years, researchers have attempted to reduce the stickiness of the oil by manipulating the liquid's surface tension and using external forces such as electricity, pressure differences, heat and even sound waves to move the oil droplets.

Yet, for researchers the challenges of controlling the speed and direction of the droplet remained problematic.

The joint-research teams developed tiny (nanoscale) magnetic particles that are dispersed into a solvent and added to oil or water. Once they bond with the oil, it creates a magnetic liquid that can be pushed or driven using a relatively simple magnet.

The concept could be likened to using a magnetic leaf blower, and has the potential to drastically reduce the cost and time spent cleaning up major oil spills.

In cases where the oil leak is underwater, or where the oil is often heavier than water, the particles sink through the water until they bond with the oil, overcoming a major problem for environmental clean up. The same concept could be applied to spills on land, where the particles are diffused in water instead of oil and could be ready to use in spill clean up kits.

The nanoparticles are non-toxic and reusable, as well as being cheap and easy to produce. The ratio of the particles to oil is as little as 100 milligrams per litre and can be adjusted to improve the response to the magnetic field. "If you think of a lubricant that many people have in their garage, such as WD-40, we know that it sticks very well to surfaces it's sprayed on because it has very good bonding chemistry," Dr Du said.

"Understanding that bonding chemistry is what is helping us ensure that particles stick to the oil droplets so they can be driven or pushed using a magnet. The environmental application for this work is very important. Millions, sometimes billions of dollars are spent trying to clean up and collect oil from major spills." The results were published recently in the American Chemical Society journal, ACSNano. 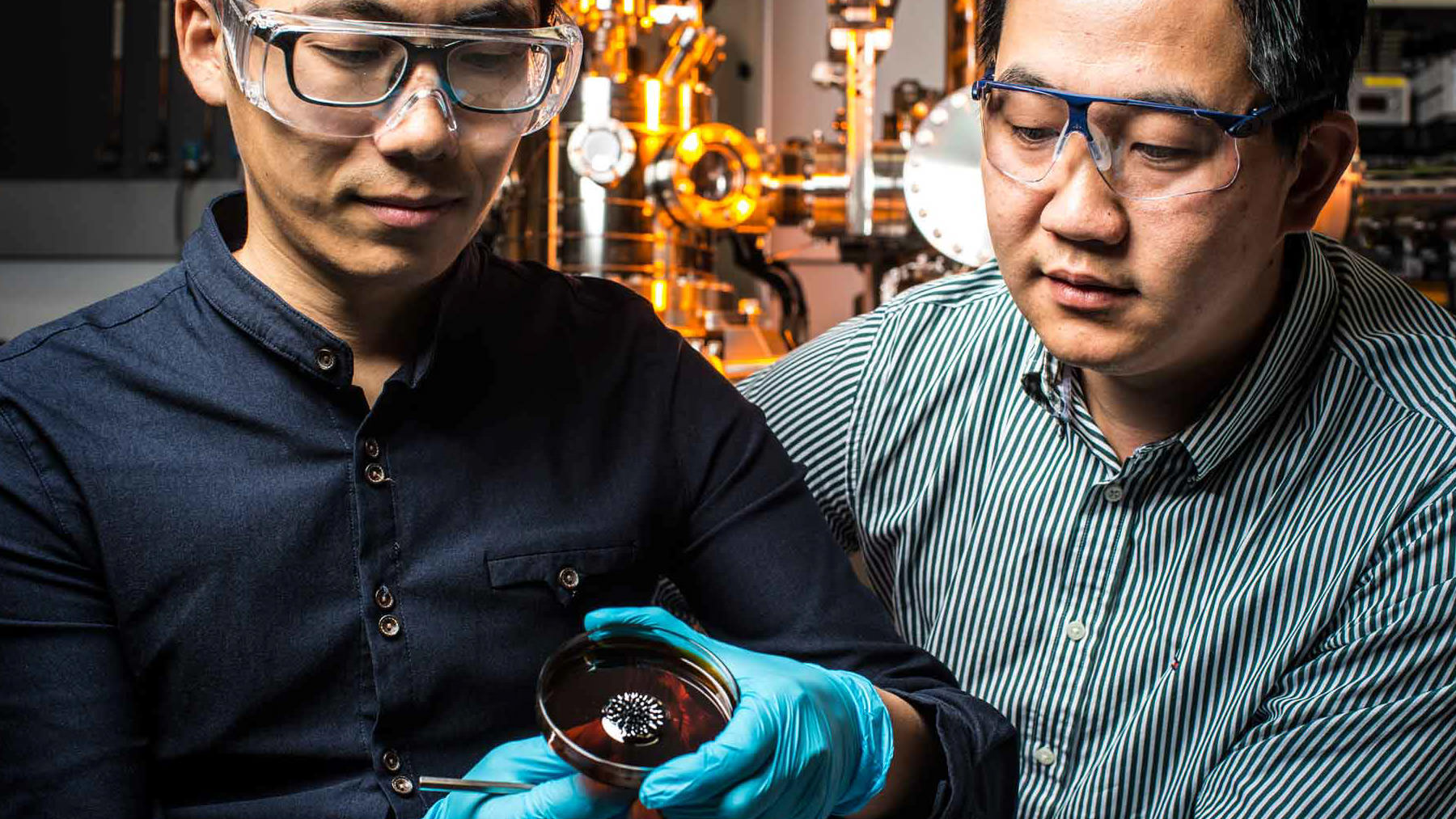 Dr Du said it was extremely difficult to manipulate and move oil droplets in a liquid medium, such as water, without loss because of its tendency to stick to certain surfaces. To counter that they developed a film with the improved ability to repel oil, based on the concept of fish scales. "We know that fish scales can be self-cleaning because of their oil-repellent nature underwater, so we made a surface that mimics the fish scales by placing nanoscale rods on a film," he said.

Tested over 10 cycles, their 'smart film' did not lose any oil, while the comparison smooth surface film lost 40 per cent of the oil droplet volume through sticking to the surface. "In between the nanorods are an uncountable number of holes or wells in the surface, which are filled with water when they are immersed.

This creates a repellent force because only the top surfaces of these nanorods are in contact with the oil droplet. "If we magnetise the fluid using the particles, the oil-like fluid can be transported through very small liquid-filled networks, such as blood vessels or very small diameter piping, where a traditional electric pump is not feasible."

The next step is to fabricate and test the film with the magnetic fluid and oil on a large scale. The combination of the two techniques would allow numerous possibilities for controlling the flow and manipulation of sticky fluids combined with other liquids. "The potential applications, such as underwater crude oil collection and protective coatings, make this breakthrough work very appealing to address environmental, medical or industrial challenges.

"I lost $100 but we found a new research direction: a design for a smart interface combining magnetic fluids to different surfaces." The results were published recently in the Royal Society of Chemistry journal Physical Chemistry Chemical Physics. Both research projects have been delivered through the UOW-BUAA Joint Research Centre, which has led to 12 joint research publications since its formation in 2015. 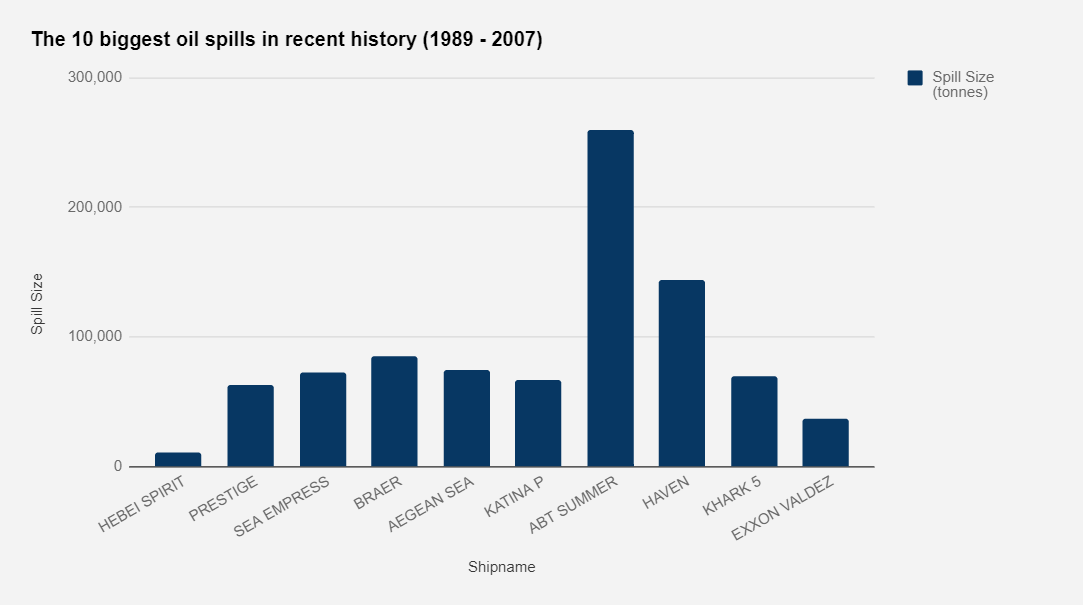 If you want to use science to make the world a better place, check out the range of UOW science degrees. In 2016 QILT ranked UOW as the best university in New South Wales and the ACT for Science and Mathematics.