Does the amount of green space in the neighbourhood have an effect on pregnancy outcomes, on a child’s academic scores, on their overall health? UOW researchers intend to find out.

The idea that green, open spaces can promote mental wellbeing is one that has been considered for some time. But just how much green space is needed to keep people healthy and out of hospital?

Dr Xiaoqi Feng, University of Wollongong senior lecturer, Heart Foundation postdoctoral fellow and co-director of the Population Wellbeing and Environment Research Lab (PowerLab), is looking at the neighbourhood on a much grander scale, using big data to find out exactly how our surrounds influence our health, for better and for worse.

From the busy streets of Beijing to the rolling hills of Scotland, the corridors of Blacktown Hospital to the sandy shores of Wollongong, Dr Feng's academic journey across the globe and exposure to diverse backgrounds has inspired her determination to identify just what needs to be done to promote more liveable, healthier and equitable communities.

A leading epidemiologist with interests in chronic disease prevention and management, Dr Feng spent her childhood in one of the world's largest cities, Beijing, and experienced the importance of having good quality green space nearby while growing up.

"I grew up with a small park in my neighbourhood, where I would run around for 15-20 minutes every morning," she says.

"I saw the rapid urban expansion of my city and the many benefits, like the increasing availability of different types of food, books and technologies - but with that came drawbacks such as the increase in traffic and air pollution, both of which are major public health challenges."

Armed with an undergraduate degree with first class honours from one of Beijing's top universities and with the belief that many social and environmental injustices are avoidable, Dr Feng made her way to one of the most prestigious institutions in the world, the University of St Andrews.

There she joined a list of alumni that includes the current Duke and Duchess of Cambridge, along with stellar names in public health such as Edward Jenner (the pioneer of the smallpox vaccine) and Sir Douglas Black (a pioneer in the development of the UK's National Health Service and advocate for the narrowing of health inequalities).

"In St Andrews I became fascinated with how big data could help us make better decisions that promote a fairer society for all."

Home to the Scottish Longitudinal Study, St Andrews presented Dr Feng with the opportunity to explore the intricacies of big data, used for cutting edge social, environmental and health research, at one of the world's leading institutions in geography and medicine.

"I was intrigued by the idea of studying in St Andrews, which is a historic town of only around 14,000 people - compared to my home city of Beijing which has over 20 million people," Dr Feng says.

"You can get to know individual people by interacting with them one-to-one over time, learning about their preferences, lifestyle choices, what they do at work, what their ambitions are and so on.

"But when you are able to do research with data that can tell us about the inequities in health, education, employment, housing and other areas of life for hundreds of thousands of people over 20-30 years, that's when you see the big picture. That's when you can answer the big questions." 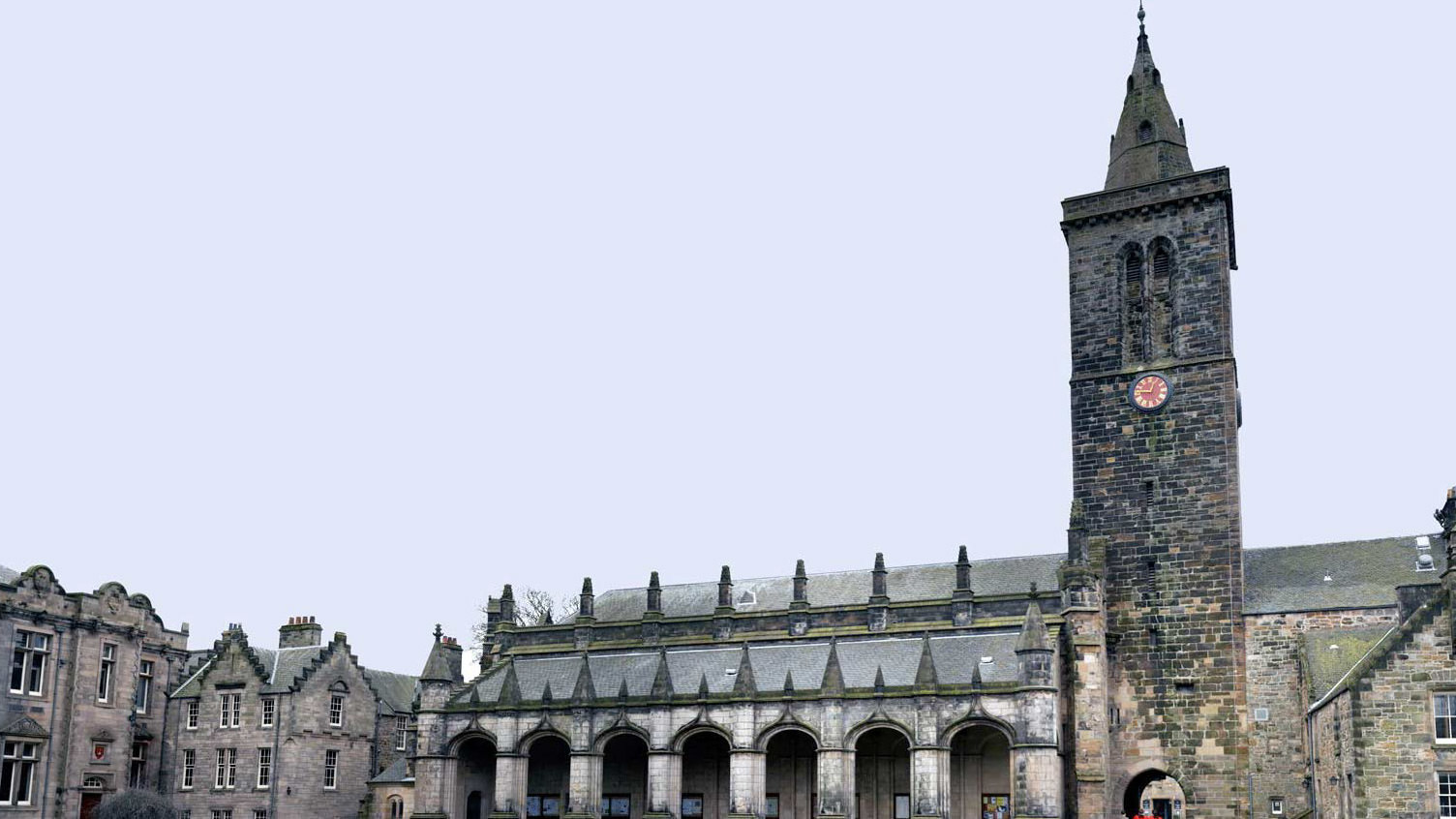 During the first year of her PhD, Dr Feng was captivated by a subject in Medical Geography.

"I still remember my PhD supervisor, Professor Robin Flowerdew, used to bring newspapers to class, noting that health impacts on so many aspects of our lives and that quite a lot of the things that influence our health are preventable through geographically targeted initiatives, but this wasn't reflected very well in media reporting at the time.

"I found it fascinating to learn about how much health varies according to where people live."

From poor access to healthy food, a lack of access to quality healthcare and the absence of safe green spaces to be physically active outdoors, to the gender pay-gap, racism and postcode discrimination, Dr Feng is determined to reduce the impact of social inequities on health. Indeed, she has made significant contributions already to changing policy and lives in Western Sydney.

Each year tens of billions of dollars is spent on diabetes treatment. As Dr Feng points out, the most common form - type 2 - is actually preventable. To further exacerbate the problem, there are many people who already have type 2 diabetes who are undiagnosed and, consequently, do not receive medical care that would help them.

Dr Feng played an instrumental part in establishing routine, free diabetes testing at Blacktown Hospital's Emergency Department, working closely with endocrinologists and diabetes educators at the Western Sydney Local Health District to implement changes to the system. But this is not the end of the adventure for Dr Feng.

"It's a vicious cycle. The health sector does a wonderful job of patching us up when we are admitted to hospital, but once we leave that space we return back to the built environments that shaped our lifestyle choices and health in the first place," she says.

"Our society is increasingly urbanised, so we need the infrastructure and resources available to make all of our neighbourhoods liveable and health-promoting; not just the expensive ones."

It's commonly known that lifestyle interventions, including weight loss, can reduce the risk of type 2 diabetes. Dr Feng and her colleagues are taking that idea one step further, exploring which features of the built environment support healthy lifestyle choices and which features are conspiring against them.

"Throughout our research we have discovered that geographical inequities are a major factor. For example, people in western Sydney are three times more likely to have type two diabetes than people who live in northern Sydney," Dr Feng says.

"We've also provided evidence that 'food deserts' are relatively more common in Western Sydney than in the more affluent Eastern Suburbs and North Shore. Food deserts are communities that have one or more fast food takeaway outlets nearby but no green grocers or supermarkets within a reasonable walking distance.

"For change to happen, we need high-quality evidence to pinpoint the problem, to identify areas where we can take effective action and to evaluate so we can differentiate the strategies that work from those that do not. That's where epidemiologists like myself can make a difference and that is what motivates me."

A direct result of her work with the Western Sydney Local Health District, Dr Feng's research is increasingly headed towards beating diabetes from the ground up.

Alongside her colleague, UOW Associate Professor Thomas Astell-Burt, Dr Feng recently embarked on a five-year, $3.2 million research project that aims to establish just how much green space is needed to keep people healthy and out of hospital.

"If we can find ways to promote a good start for every child that sets them up for a healthy and happy life, regardless of their place of residence and socioeconomic background, we will go a long way to beating diabetes."

"We recognise that there may not be a one-size-fits-all solution and how people use green space is often dependent upon their age, which is why we will examine relevant outcomes and pathways that relate to pregnancy, childhood, adulthood and seniors," Dr Feng says.

Dr Feng will be focusing her efforts on pregnancy outcomes and healthy childhood development themes, an area of study she is particularly passionate about.

"The first few years of life are crucial and I think we have the opportunity to help every child have a good start by ensuring they have a safe, good quality park nearby that they can run around in, develop social skills, breathe fresh air, feel great and learn about nature," she says.

The research will be undertaken in line with a nationwide collaboration to make our urban areas 20 percent greener by 2020. 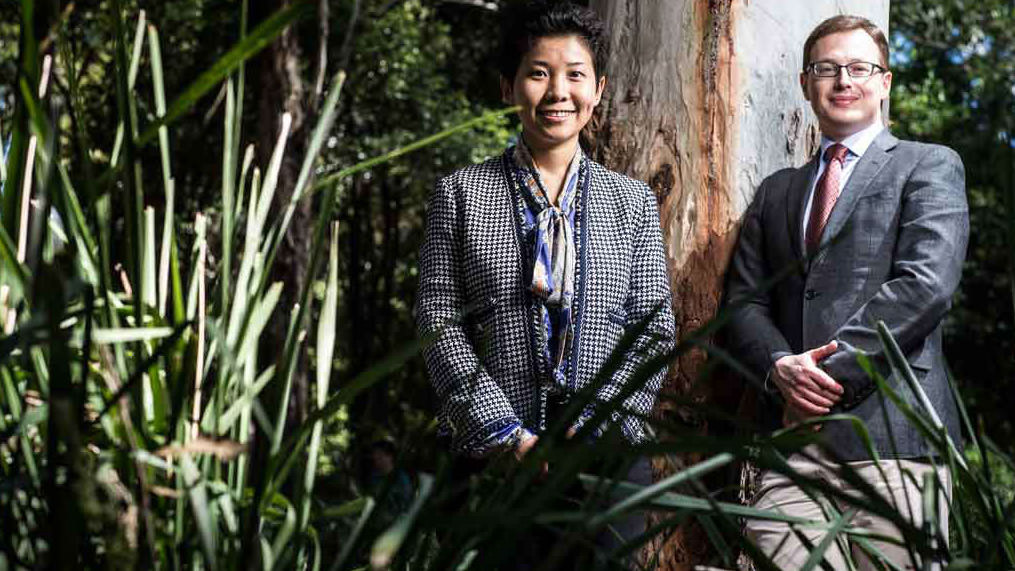 With more than 60 publications under her belt across a number of respected international medical journals, including the Medical Journal of Australia, Diabetes Care, and the International Journal of Obesity, Dr Feng has attracted significant funding to her work.

She was awarded a National Heart Foundation of Australia Postdoctoral Fellowship in 2015 for her research into what built environment helps or hinders clinical care of type 2 diabetes and followed that up in 2016 with a 'Vanguard' grant (also from the Heart Foundation) to explore the protective role of social support for cardiovascular health.

She leads major studies funded by the National Health and Medical Research Council, the National Heart Foundation and Horticulture Innovation Australia, and has also received a number of awards including the faculty early career researcher and the Vice Chancellor's Award for Outstanding Achievement in Research Partnership, both in 2016. In 2014, she was the joint winner of the Council for Academic Public Health Institutions in Australia's highly prestigious award for innovative public health research.

But for Dr Feng, the most rewarding part of her job is not the accolades, rather the idea that her work is translating to policies that will keep people healthy and out of hospital. Following presentations of her research to policy makers in NSW Parliament, doctors, health service professionals and urban planners and the horticulture and green space industries, a number of initiatives have been put in place, particularly in Western Sydney, to help improve the health of people living in socioeconomically disadvantaged areas.

"I'm now increasingly thinking; how can my research have use-value for a community, policymaker or institution? To me, making impact is having my research become practice or seeing it translate to policy," she says.

"I hope that through our research we can make some good changes and make everyone's lives significantly healthier and happier. That's the ultimate goal to me."