Fear and loathing in modern politics

How politics and the media created the perfect storm.

There has never been a more exciting time to be a political junkie.

If the great American writer Hunter S Thompson were alive today, it is not difficult to imagine the glee with which he would embrace the Circus of Chaos that was the United States presidential election campaign.

Thompson's Fear and Loathing on the Campaign Trail '72, which chronicled the intricacies and intrigues of the 1972 presidential fight between Republican Richard Nixon and Democrat George McGovern, is a hallmark of political journalism, a sharp and brutal look at the knock down, drag out nature of the fight for the White House.

The heart of Thompson's tome - "Where does it end? How low do you have to stoop to be President in this country?" - is as pertinent today as it was forty years ago. Throughout the Western world, politics in the 21st century has become defined by fear and loathing, an environment in which personalities trump policy, constituents praise leaders who have minimal political experience, and distrust of the mainstream media has become a badge of honour.

The rise of populist politics has culminated in the Brexit vote in England, the re-emergence of Pauline Hanson's One Nation Party (and Clive Palmer's Palmer United Party before that), and, of course, the surprising rise of Donald Trump in the United States. It seems partisanship, both in Australia and internationally, has reached fever pitch, and the only way out is down.

Whatever your political leanings, there has never been a more exciting time to be a political junkie.

Dr Anthony Ashbolt, from UOW's School of Humanities and Social Inquiry, has an extensive background researching politics and history, and the media's role in reporting these topics. He says the acrimonious political landscape has not arisen out of nowhere, but rather from an environment in which politicians, in Australia and the US, have been pushed to the fringe and in which compromise is a dirty word.

"People often see Donald Trump as kind of a new phenomenon, inexplicable in US politics," Dr Ashbolt says from his UOW office, which is filled from floor to ceiling with books on politics and the media. "The only thing that is strange about him is that he's a product of the culture industry, a media phenomenon, not a classical politician.

A cartoon of Richard Nixon by Ralph Steadman, published in Hunter S Thompson's Fear and Loathing on the Campaign Trail '72.

"The party has been described by the American journalist Thomas Frank as a 'wrecking crew' and I think that's very apt. One can also see that at work in the Abbott opposition in Australia. It was very much a wrecking crew, a successful one based on the politics of fear and hate. You can still see that at work now on the parliamentary floor."

However, Associate Professor Gregory Melleuish, who is also based in the School of Humanities and Social Inquiry, has a different view.

"Have we ever had bipartisanship?" he asks with a laugh. "This is how politics works, it is conducted in a shrill atmosphere. No election campaign has ever been civilised. I think the case in the US is that you have two highly controversial figures standing for president."

On a local level, the re-emergence of Pauline Hanson and the One Nation Party has brought back memories of the 1990s and, both academics believe, points to the general unhappiness that many constituents are feeling with the two-party political process.

The forces were in play prior to the 2016 election; it was in 2013 that the Motoring Enthusiasts' Party and Clive Palmer's doomed political movement emerged in the Senate. However, the razor thin results of the Australian election, and the extent to which One Nation emerged as a power player on the political scene in the post-election wash up, came as a shock to even the most hardened political commentators. 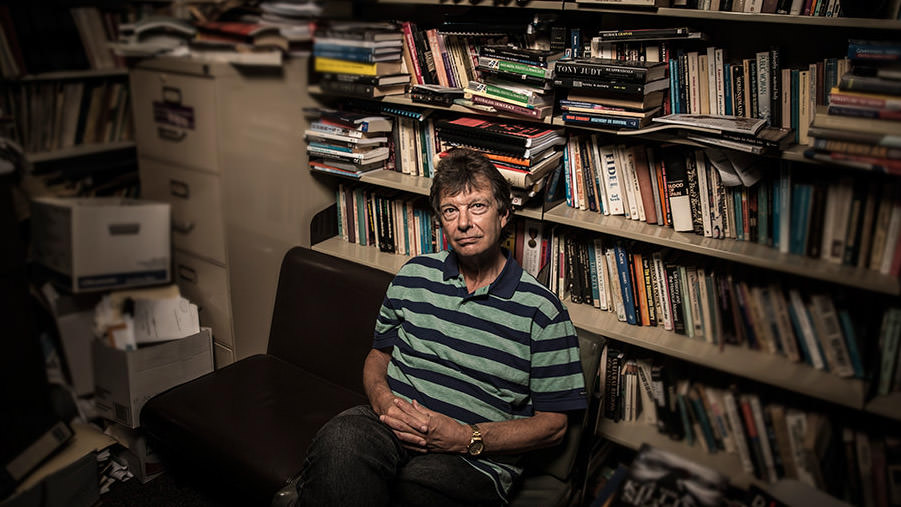 Dr Ashbolt says fear is a common thread that ties all these disparate political movements and countries together. The rise of populist politics reflects an angry, disaffected constituency - on both the left and right side of the aisle - who feel their way of life - economic, social and cultural - is under threat.

In the UK prior to the Brexit vote, and in the US and Australian election cycles, this has been, in large part, motivated by fears over immigration. Indeed, in the post-Brexit fall out it was revealed that one of the central promises of the Leave campaign, that the UK would have total control over its borders, was a lie. Politicians who thrive in this environment, Dr Ashbolt says, are those who are able to tap into the wave of anxiety.

"Politics of fear can appeal to people's genuine unease about the economic situation, about their future in the world, about the lack of jobs. In the US, the declining middle class, which has been in significant decline for a number of years, has been feeling as if the system and the establishment is not working for them," Dr Ashbolt says.

"That is why significant numbers of people looked to [Democratic nominee hopeful] Bernie Sanders on the left, and why significant people are turning to Trump, because they seem to speak their language. There is a fear of jobs moving overseas, foreign capital taking over.

"In Australia, Pauline Hanson draws on the same sort of fears by using the message about jobs and our way of life being under threat. She has drawn significant support from blue collar voters who would traditionally vote Labor, because they feel the establishment just isn't working for them anymore."

In an age where (almost) every political decision and appearance is micromanaged to the finest detail, Professor Melleuish says the public is crying out for leaders who cut through the noise and who reassure them that everything will be okay. Writing for The Conversation earlier this year, Professor Melleuish cited the desire for optimism as the reason Malcolm Turnbull was so popular, while Tony Abbott was overthrown just over two years into his prime ministerial reign.

"Like Dr Pangloss in Voltaire's Candide [voters] want to believe they live in the best of all possible worlds even as terrible events occur all around them. They do not like a world divided into winners and losers."

He further explains this concept from his UOW office, where he too is surrounded by the mountains of books and papers that seem to define an academic in the field of humanities.

"The problem we have here and in the US is leadership," Professor Melleuish says. "In the US, the political scene has been dominated by the Bushes and the Clintons. Indeed, that is who it was looking like would be the choice for the White House. I think the public wants good leaders, who are willing to have the courage of their convictions and who have achieved something outside the political domain.

"Barnaby Joyce [leader of The Nationals] is one of those politicians who manages to cut through. Regardless of whether you agree with his policies or not, there is the sense that he is authentic. He means what he says and what you see is what you get. Most politicians are too scared to be caught out saying the wrong thing, but that authenticity can make them seem like a real person." 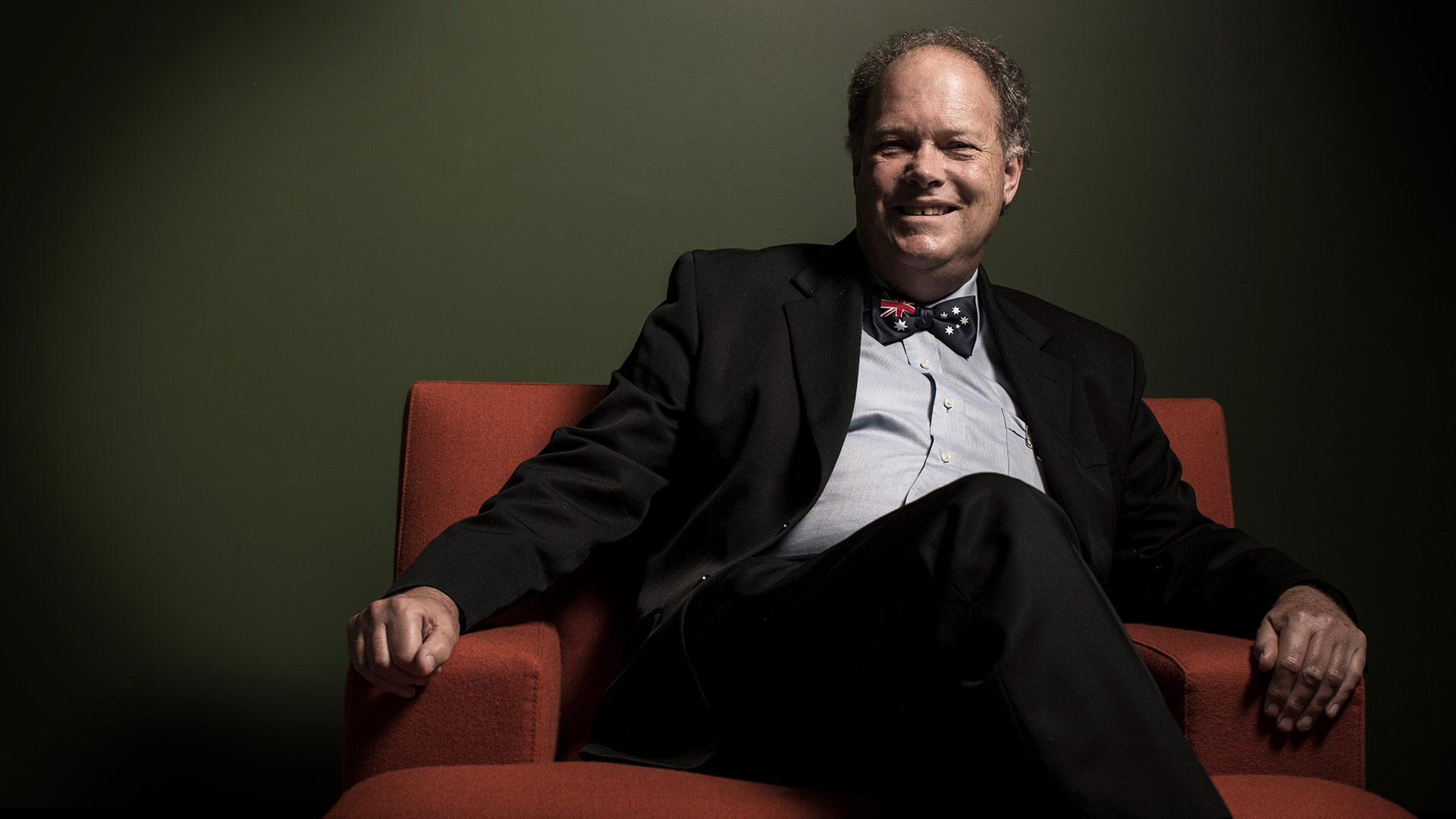 The US presidential race, in particular, has provoked equal parts fascination and horror. In June 2015, when Donald Trump announced his intention to run for the presidency - after years of publicly flirting with the possibility - in a speech filled with gross generalisations about the nation's Latino population, he was roundly dismissed by the media. At the time, the New York Times said Trump was embarking on "an improbable quest for the Republican nomination".

As Trump engaged in a battle with former Secretary of State Hillary Clinton for the presidency and the polls showed Secretary Clinton winning the election, Trump's language took on a distinctly paranoid tone with claims of media bias and rigged elections among the conspiracy theories. The dog whistling to extreme views has become the norm.

"Free speech is a different thing in the United States than it is here," Professor Melleuish says. "The things you can say under the guise of free speech, you could never get away with in Australia."

However, the situation changed on a daily basis. In between The Stand's deadline and publication, the political landscape could again have taken a dramatic turn. But one of Trump's favourite lines - that the media were engaged in a mass conspiracy to support Clinton and smear Trump - was a common thread throughout.

For their part, both Dr Ashbolt and Professor Melleuish believe the fragmented nature of the media has played a significant role in the current political situation unfolding in the US. Indeed, the "Mainstream Media" has become a catch cry for every grievance directed at America's - and indeed Australia's - prominent media organisations. 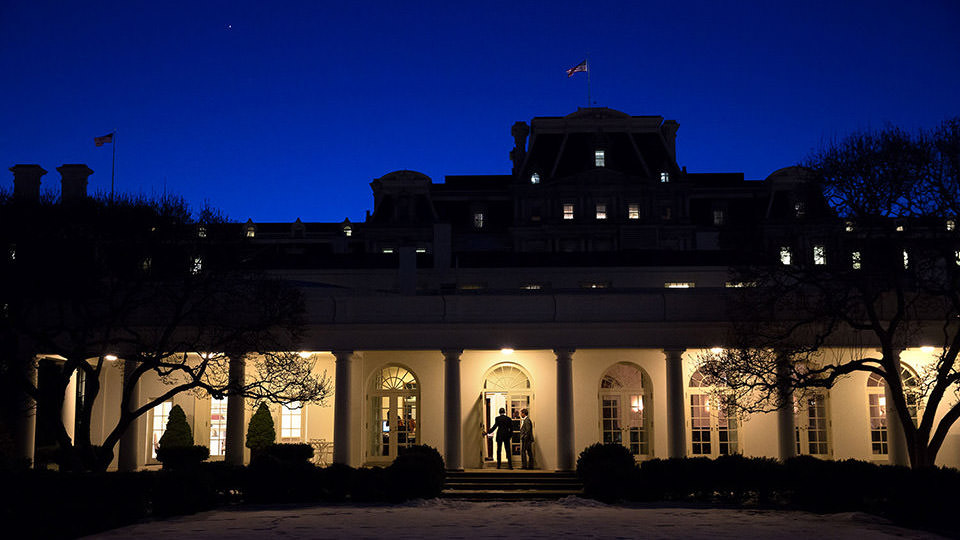 Professor Melleuish says the alternate media is a relatively new phenomenon, one that does not yet exist in Australia, while the so-called mainstream media are often beholden to the 24-hour news environment.

"Part of the problem in politics these days is the media because they want stories that will sell papers or send people to their website," he says. "And consequently, things like political gaffes get blown up to become much larger stories.

"In the US, the alternate media has played a role in the election that it never has before. There's a lot of Pro-Trump and Pro-Clinton media, and these are people you don't see on TV because they only exist on the internet. Americans are more prone to be distrustful of authority, more prone to conspiracy theories.

"Once you delve into alternate media on the internet, there are all sorts of weird and wonderful things that start turning up. It makes for a very interesting time."

He also believes social media platforms, such as Twitter, have encouraged toxicity in modern politics. Indeed, President Barack Obama used social media to great effect in his election campaigns, but Trump has truly made 140 characters an art form.

"Social media encourages people to be nasty and say things they wouldn't usually say. There are lots of cranky people around and I think social media gives them an outlet they haven't had before," Professor Melleuish says. "But I think with all election campaigns, you just have to sit back and enjoy the spectacle."

That spectacle culminated in early November 2016, when Americans headed to the polls. For all our collective moaning in Australia over the length of our own election cycle - the second longest ever at 73 days - the 18-month Circus of Chaos that dominated the US leaves our political process looking like a walk in the park. On 8 November, political junkies watched as the best predictions proved false and as the counting got underway, one-by-one states turned 'red', delivering Trump victory. It has been a wild ride, but it's almost over.

If only Hunter S Thompson were alive to write the book.