Filming how molecules behave is helping create new weapons in the war on infections and disease.

Old enemies are making a comeback. Diseases such as pneumonia, tuberculosis, and malaria are stealing ground won over the past century. Antibiotics that help patients undergoing chemotherapy and routine surgery to fight infection are under threat.

Professor Antoine van Oijen, a molecular biophysicist with UOW's School of Chemistry, says despite the clear implications, resistance is not well understood in the wider community.

"If you go out on the streets and you ask people about the health challenges of the twenty-first century, antimicrobial resistance is not the first thing they will mention," he says. "In a way, every time you have surgery, it's a standard thing that you would use antibiotics to make sure that you don't get any internal infections.

"And these kind of very obvious things we take for granted could go down the drain. This would throw back society to medieval times - even minor surgery would be risky. That's sounds like scaremongering, but it's a massive problem that has scientists and health practitioners becoming very worried over the last few years.

"We're now at a point where researchers need to develop and produce new antibiotics, and doctors need to use them wisely." Understanding the processes of how drugs work at the molecular level is the key to developing these new drugs.

To understand the secret workings of molecular biology, and how researchers like Professor van Oijen plan to unlock these secrets, it pays to go back in time to the mid-1800s, to an inventor and photographer named Eadweard Muybridge.

California Governor Leland Stanford enlisted Muybridge to help settle a bet: did all four of a horse's hooves leave the ground when it was at full gallop? Muybridge grappled with the problem, and by 1879 he'd developed a photographic method that showed that yes, all four hooves were off the ground when the horse ran. 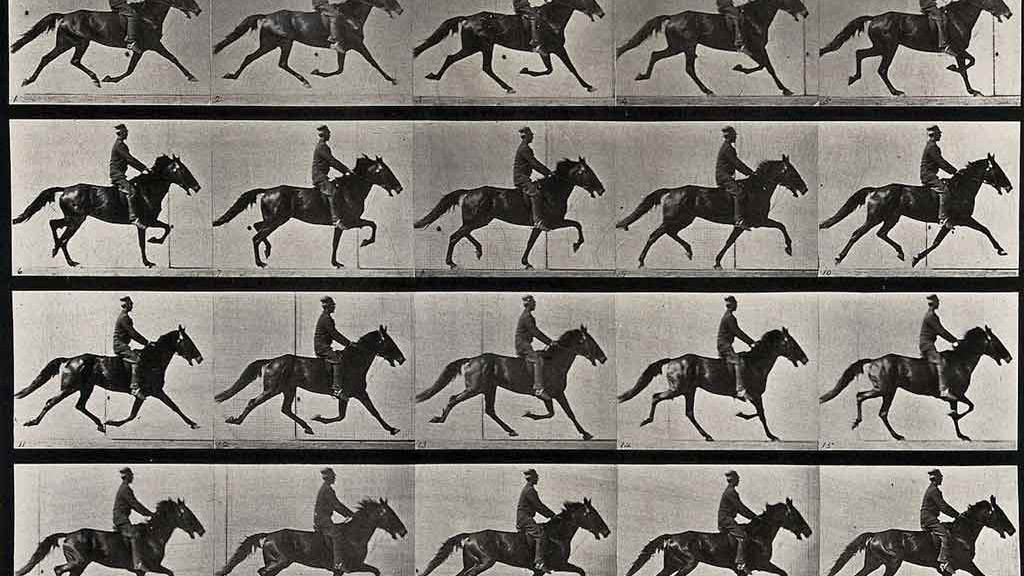 Muybridge's photography showed how all of a horse's hooves left the ground at full gallop.
Muybridge became know as 'the man who captured time'. The same experiment can now be performed with a mobile phone.

Much like Muybridge, scientists persisted with studies using equipment incapable of imaging and processing at the speed and resolution required to see how proteins interact with diseased cells and other organisms.

And this is the domain where diseases and other problems have their genesis. Enter electron microscopy, where the "light" is a beam of electrons, with wavelengths shorter than the sizes of protein and DNA molecules.

"I had collaborated with electron microscopists in the '90s when all we could do was to get fuzzy-shaped information about what our proteins looked like," says Professor Nick Dixon, a veteran of biological chemistry research and the Director of UOW's Centre for Medical and Molecular Bioscience.

Now, lens optic design has improved and power of the microscopes has increased to the point where researchers are again taking an interest in samples that were not much use with previous technology.

"We also have better cameras and computer algorithms to analyse the images."

"The technology at Molecular Horizons will enable us to move from developing treatments to finding cures. Medical science needs to go from the laboratory bench to the bedside and into our communities" - Pro Vice-Chancellor Professor Alison Jones

UOW recently revealed plans for the $80 million Molecular Horizons: Centre for Molecular and Life Sciences. It's the University's biggest ever self-funded research infrastructure investment. The centre will be equipped with two of the latest versions of the world's most powerful and flexible high-resolution electron microscopes built specifically for biological research.

Molecular Horizons is also the centrepiece of UOW's Health and Wellbeing Strategy, which includes a raft of initiatives aimed at harnessing UOW's expertise in medical research, research application and education to address regional and global health challenges.

Professor Dixon recalls the moment two years ago when he was asked by a senior faculty member, "if the Vice-Chancellor were to give you $80 million and asked you to invest it in an area that would make a huge impact for Wollongong, what would you do?"

"It took me about, I don't know, five seconds to say 'cryo-electron microscopy', because I recognised this as a field in which there was a revolution going on." In essence, the imaging technology has gone from seeing the outline of Muybridge's horse to zooming in on and taking pictures of its atomic structure. As it moves.

The field of biochemistry, and the proteins themselves, was coming into focus through new imaging tools and techniques. 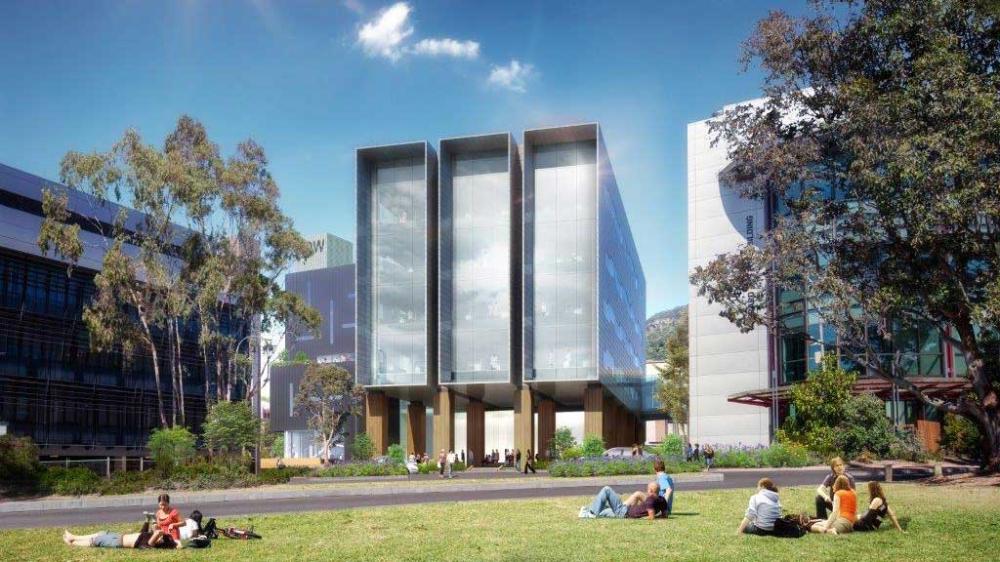 An artist impression of Molecular Horizons: Centre for Molecular and Life Sciences.

The work, the new tools and the ideas hot-housed at the Centre for Molecular and Life Sciences will revolve around the ability to visualise the exact shape of proteins to understand the roles they play in disease.

Human cells contain thousands of types of proteins, the workhorses of the body, each with a particular shape to perform a function. The shape is attained by folding in an intricate, Origami-like pattern. A malfunction in folding results in a misshapen protein that can't perform the function it's supposed to.

For example, if a protein is meant to bind to a toxin and break it down but the binding fails because the protein is folded wrong, the toxins are left to build up and can kill the cell. Treating disease and infections involves designing drug molecules that bind to a particular protein. The trick for medical researchers is knowing the shape of the protein and designing the drug molecules to fit, like a hand in a glove.

"Many of the drug targets are proteins that are embedded in the membrane layer of the cell," Professor Dixon says. "Medications that treat neurological disorders, such as depression and schizophrenia, are drugs that are directed at membrane targets that change how receptors work."

A molecule in the environment binds to receptors on the cell surface, causing a signal to be transmitted inside the cell that causes a neuron to fire and a change to happen in brain functioning. The ability to capture images of that process will enable researchers to see how the drug molecules bind to that protein structure.

By combining the high-detail pictures and moving images of the protein at work, like Muybridge's horse, the researchers can unravel the protein dynamics and start to design a small molecule that is an exact fit.

Professor van Oijen says it's like picking a lock. "If you want to pick a lock you take a pin and screw around and if you get lucky, you end up opening the lock. But if you really know exactly what the inside of the lock looks like, you can design the key."

Professor Dixon says it takes the trial and error, albeit highly sophisticate trial and error, out of drug design. "There are two aspects to every problem in biochemistry and biology: there's knowing structures that you are dealing with and knowing how it works," he says.

"In some areas, we know a lot about structure and we know almost nothing about how it works. In many cases, we think we know how things work. We've got a lot of functional information, but without the structure we can't actually visualise it in a way that gives substance to it.

"You can learn a lot by talking to someone on the phone, but actually knowing what somebody looks like gives greater meaning to a relationship." While this certainly opens the prospect of new and more efficient drugs, it also means being able to design drugs to tackle antimicrobial-resistant and many other diseases. 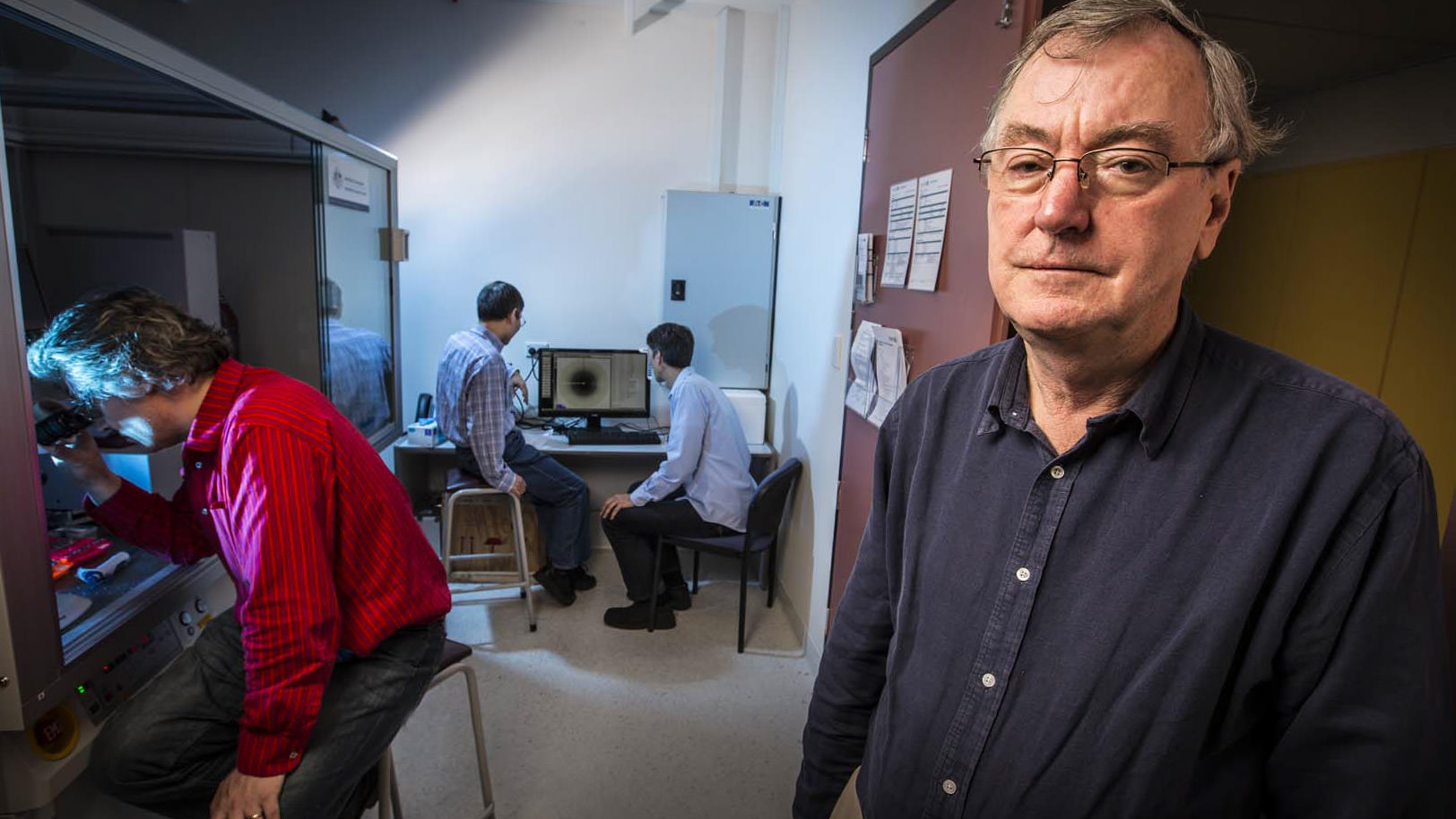 Professors Dixon and van Oijen make a formidable duo. The former is a man who chooses his words carefully and speaks at length and in great detail about microscopy. Like the fisherman in Ernest Hemmingway's The Old Man and the Sea, Professor Dixon has seen enough revolutions become false dawns to know that even the latest in technology means nothing without the hard graft of hours in the lab and the bright minds chipping away at the complex.

"Scientific research at the cutting edges is inherently frustrating. Big breakthroughs come along very, very rarely," he says. When he says something is important, mark the words. He's been around the block enough times to know.

Van Oijen's enthusiasm and energy is the yin to Dixon's yang. He speaks with an unmistakeable Dutch accent about complex topics with a passion that is infectious. Like a kid in toy shop, his eyes light up when he talks about the "pretty cool bit of machinery" that will help unlock the mysteries of molecular science. 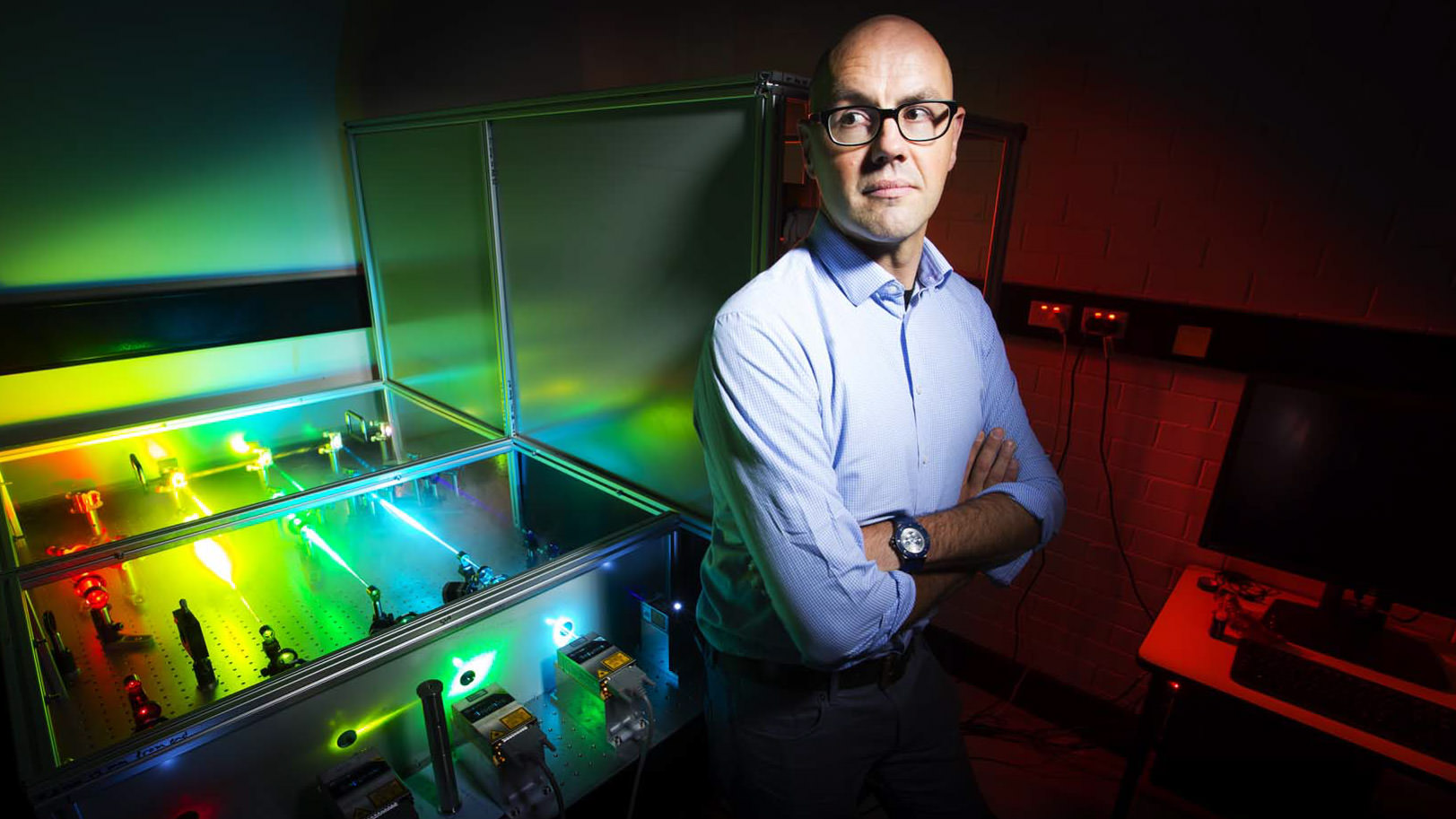 He struck up biology when he was studying his physics PhD, where he was part of a team that developed technology to look at how molecules responded to light at very low temperatures. Despite knowing little about proteins, the experiments triggered an interest in biology and he took up a postdoctoral fellow position at Harvard University in molecular biophysics.

"When I started I still didn't know anything about biology. The first thing I did was to sit in on first-year molecular biology lectures," he says. "There I was, sitting there as a 28-year-old postdoc surrounded by 17- and 18-year-old kids in one of the massive lecture halls packed with 300 or 400 people. I thought, 'this is fantastic'. I just loved it."

Timing is everything, as the saying goes, and soon after Professor van Oijen joined UOW, plans were hatched for the Molecular Horizons project, putting the disease-destroying duo in the box seat.

For a moment, captured in slow motion and in intricate detail, the researchers will be able to pinpoint the moment a protein goes haywire, a virus attacks a cell or a drug molecule that's supposed to stop a bacterial infection fails to bind and do its job.

Researchers will be taking the fight back to drug-resistant bacteria and deepening our understanding of as-yet incurable diseases, such as cancers. ABC Science presenter Robyn Williams described it as "Nobel Prize level work".

"We recognise the future of science is crucially dependent on understanding life at a molecular level. That's why we are investing in leading-edge technology that is critical to giving our researchers and research partners the tools they need to make significant health-related breakthroughs,"

"The technology at Molecular Horizons will enable us to move from developing treatments to finding cures. Medical science needs to go from the laboratory bench to the bedside and into our communities."