A man on a mission

Tim Flannery has devoted his life – and career – to championing the environment. But with climate change looming as the greatest threat to our planet, he believes the time to act is now.

Even as a young boy, Professor Tim Flannery recognised that progress was not necessarily synonymous with preservation. Growing up in outer Melbourne, Professor Flannery watched as great swathes of bushland were destroyed to make way for new suburbs. He was increasingly aware of the devastation that was occurring in the name of development.

"I grew up on what was then the outer suburbs of Melbourne, and it was undergoing really rapid environmental change," Professor Flannery says. "Suburbs were being built, forests were being bulldozed, the environment was being treated as if it had no value. Even as an eight-year-old, it really annoyed me.

"I remember thinking, ‘Well, if that’s progress, I don’t want anything to do with it’." - Professor Flannery

"Ever since that experience as a child, I've felt that someone needs to champion the environment. Otherwise we will lose it."

Professor Flannery outlined the risks posed by human-induced climate change, and why we urgently need to alter our approach if we are to protect delicate ecosystems, while delivering the 2016 Allan Sefton Memorial Lecture at the University of Wollongong. 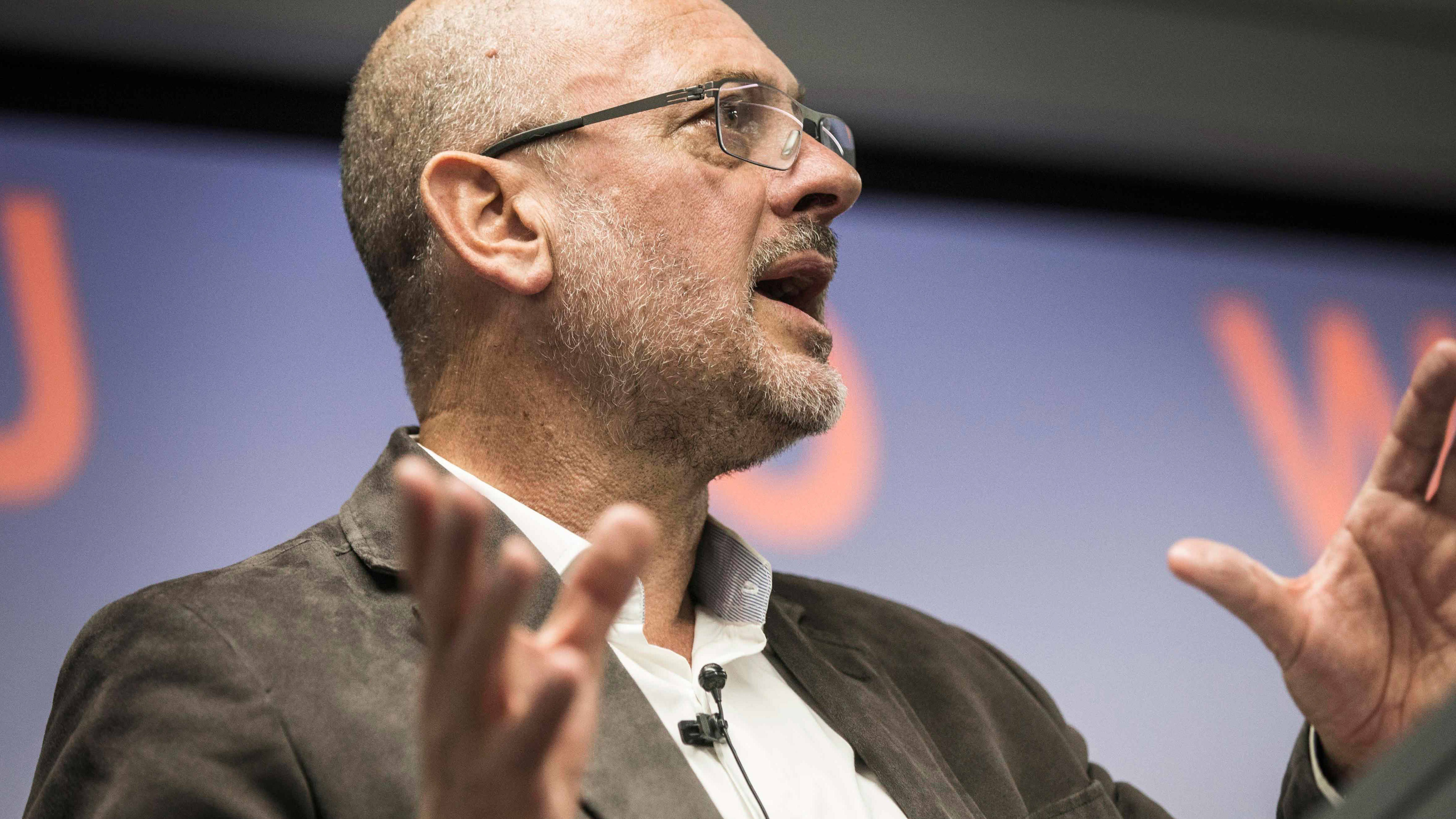 The lecture, now in its 24th year, honours the late Allan Sefton, a conservationist who was passionate about local flora and fauna and made a significant contribution to the Illawarra community. Each year, a renowned scientist delivers the environmental-themed lecture, hosted by UOW's School of Earth and Environmental Sciences. Professor Flannery has strong connections to the Illawarra and says he was honoured to deliver the lecture and pay tribute to environmental legacy of Mr Sefton.

"We need local environmental heroes. Allan Sefton struck me as someone who had done something special, and probably didn't get a lot of recognition in his life, but he and his work deserves to be honoured," says Professor Flannery, who has recently bought a house at Austinmer, where he is hoping to relocate permanently. "I also think the academic team at UOW is just fantastic. Both of my kids have been to UOW, so I have such high regard for the academic establishment here." 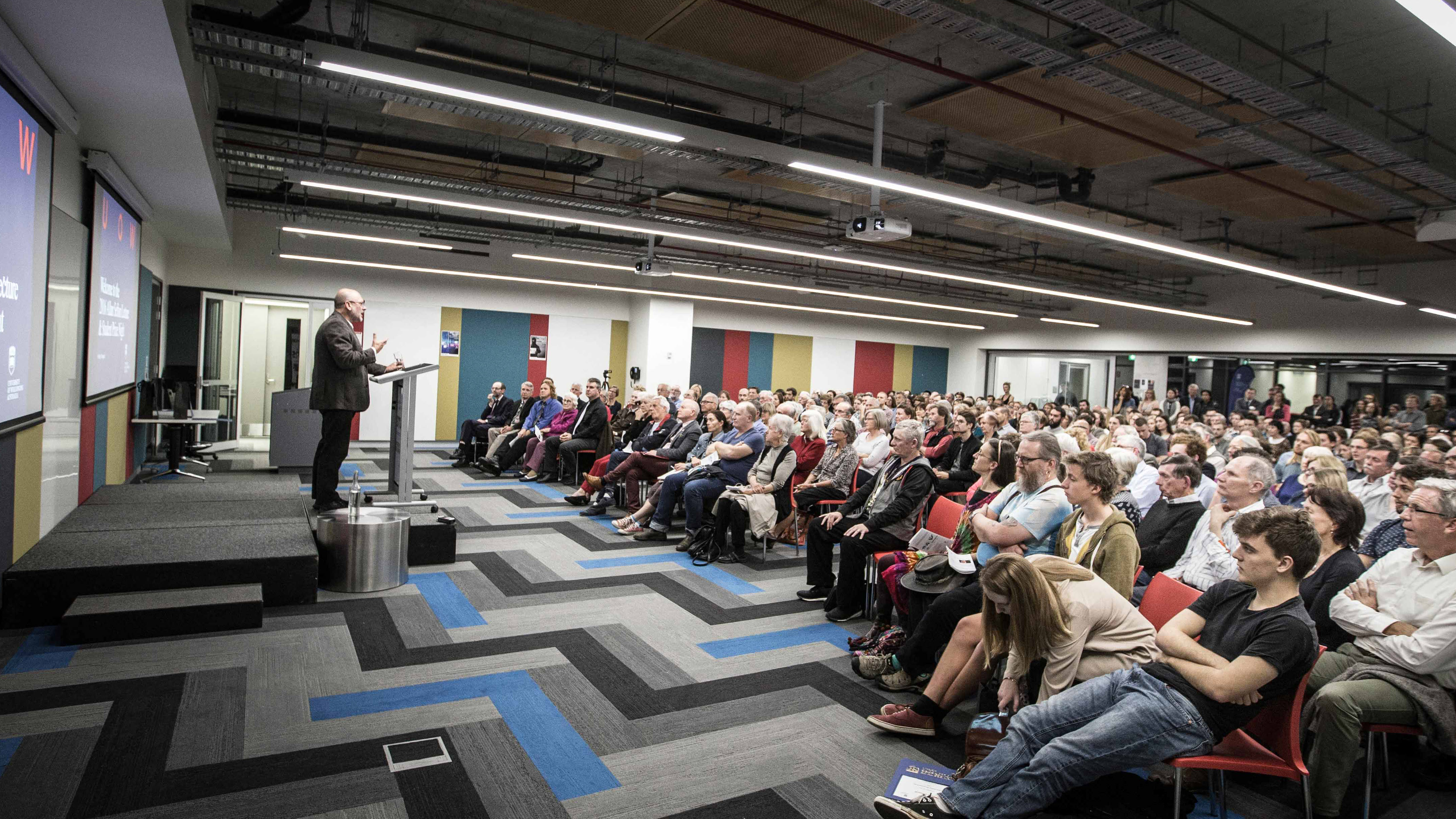 Science provides the context for the way Professor Flannery looks at the world and he says he could not imagine working in any other field. It is the thread that runs through his work and his approach to the world around him, tying it all together.

"I have no idea what I would be doing if I wasn't working in science," Professor Flannery says. "I don't have a second career. Pursuing science creates a much richer experience for me.

"I'm aware of the enormous privilege of looking outside the window at those gum trees," he says, pointing to the eucalypts that surround UOW's new Sciences and Teaching Facility. "I know a bit of their ecological history, and what forces have shaped them to be the way that they are. I know which birds will come and feed in them, and what the trees do for the environment."

"It’s like if you study classical music, you can understand an opera and the way that different parts of it work and you have a much richer experience. The environment is like that for me." - Professor Flannery

"Science gives me a way of understanding that makes it very rich and astonishing and a beautiful experience, whereas most people would look at those gum trees and just think 'green'."

Science has played a fundamental role in Professor Flannery's life and work, but for the past decade or more, he has become known for his passionate and urgent demands for action on the changing climate. He was Chief Commissioner of the Federal Government's Climate Commission, which provided information on climate change to the public. However, when that was dismantled in September 2013, he helped cofound the independent Climate Council, which is financed by the community with the same aim as the original Climate Commission.

Professor Flannery says the threat of climate change is very real and we must make the necessary changes to our way of life, and to the way we treat the environment, if we are to avert, or in some cases mitigate, catastrophic damage to our precious ecosystems. He told the crowd at the Allan Sefton Memorial Lecture that greenhouse gases are driving rapid ecological changes with tropical marine habitats, in particular coral reefs, which are reaching their capacity to cope. 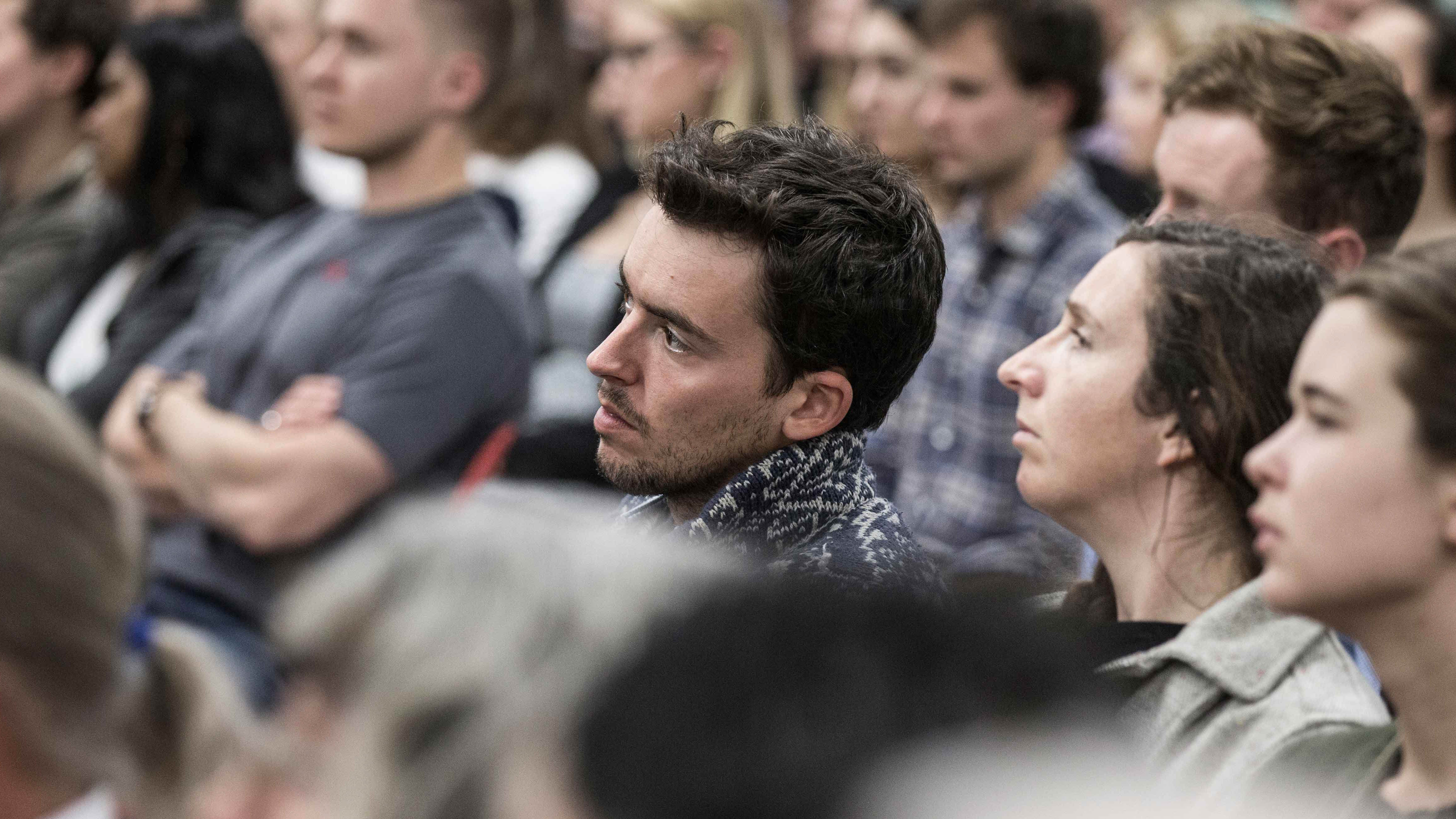 However, he does not believe there is a one-size-fits-all solution to addressing climate change, emphasising that a solution can often create as many problems as it solves. Rather, we need to consider a range of options, from a range of backgrounds, to tackle the environmental concerns facing our planet.

It is evident that Professor Flannery has the ability, and the platform, to influence the conversation around our need to protect the environment. His book, The Weather Makers, released in 2005, which detailed the role of human impact on climate change, sold tens of millions of copies around the world and established Professor Flannery as a leading authority on the subject and has helped him to secure an audience with influential leaders around the world.

He told the audience of the time he received a call from a man called Richard, inviting him to a small island in the Caribbean to discuss climate change. The host was Richard Branson, the destination Necker Island, the Virgin boss's remote atoll in the British Virgin Islands.

He wanted Professor Flannery to be a judge in the Virgin Earth Challenge, a $25 million innovation competition established in 2007 in which entrants offer their solutions on how to remove greenhouse gases from the atmosphere. It is a role Professor Flannery still holds, with fellow judges including Mr Branson and climate change activist Al Gore. However, he believes time is not on our side and if we don't make changes right now, the opportunity to mitigate the environmental impact inflicted by humankind may be lost. 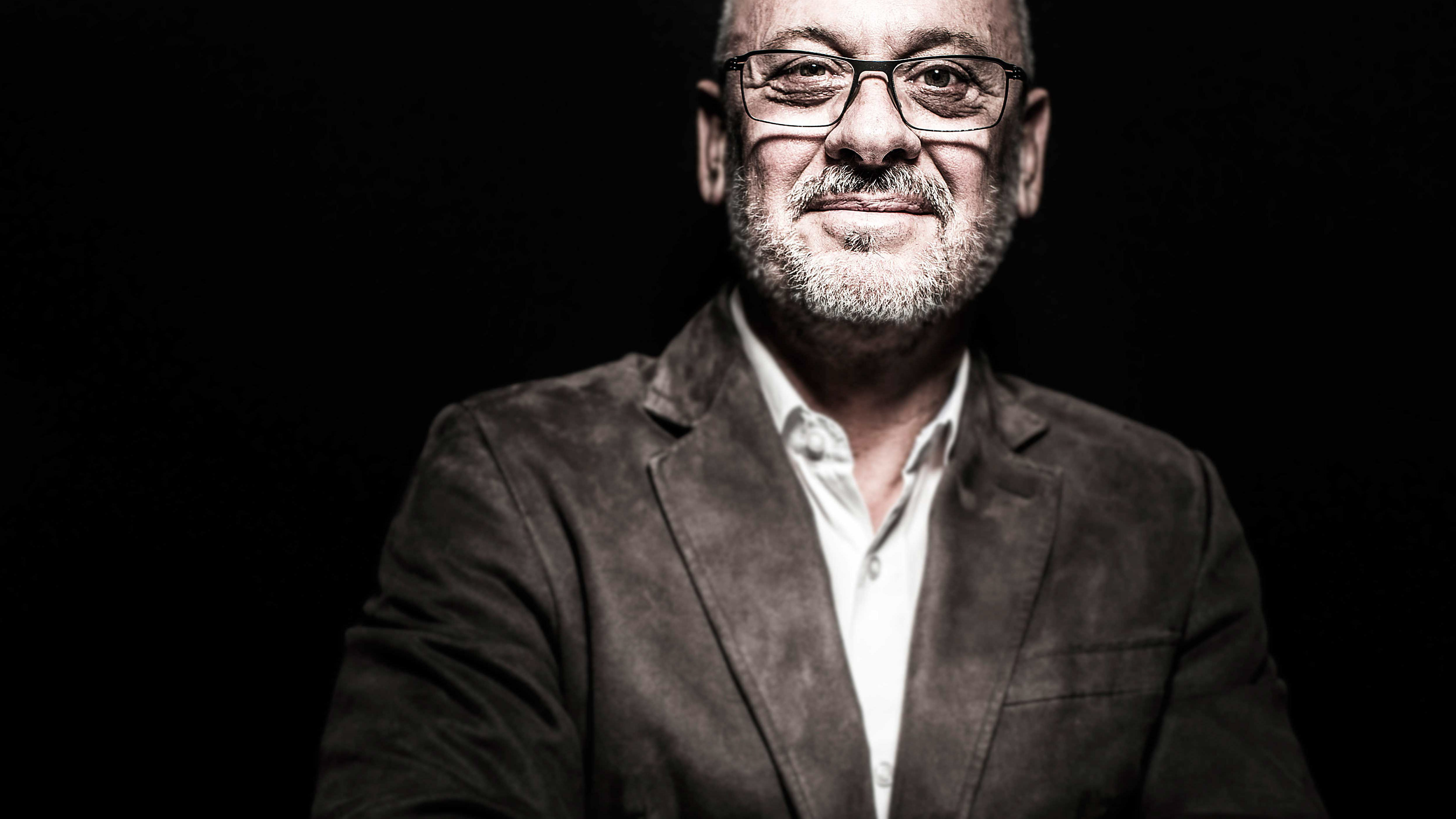 Overall, Professor Flannery says the most urgent challenge we are facing, both as individuals and as a society, is the need to live within our means.

"How do we live sustainably with a population of seven billion, soon to be nine billion?" he asks. "We are in a race against time, we are losing so much. That's why I do what I do."

He cites the Bramble Cay melomys, a long-tailed rodent that lived on a tiny atoll in the northeast Torres Strait, as an example of the damage inflicted by climate change. The rare species, the only mammal endemic to the Great Barrier Reef, has been declared extinct with scientists believing it is the first species to fall prey to rising seas. Professor Flannery believes that we are becoming more aware of the importance of protecting and preserving the environment, and the threat that climate change poses, but putting theory into practice is proving slow.

"I think everyone understands that we have to have clean air to breathe, fresh water to drink, we have to have food. And ultimately, they are the products of our environment," Professor Flannery says. "Us and every other species depend on it. It's fundamentally wrong to trash the environment for short-term gain."

"We need to question whether people would treat their house the same way. Would they break up the furniture to put into the fire to keep themselves warm for the night? Or would they take a more long-term approach?"