The leap of faith across oceans that paid off

Finding purpose in conflict and sorrow

She started in 2001 as a journalist/producer on Dubai’s Al Aqariya TV, and was head-hunted by government channel Dubai TV in 2005 to anchor its Emirates News program with an audience of 80 million in 22 countries. In 2012, she launched her own media consultancy, Straight Street Media.

Despite exposure to war and human suffering, Macura-Noble retains her sense of optimism and Aussie sense of humour, especially when discussing her introduction to Middle Eastern life.

“I recall receiving about five marriage proposals and someone in Egypt offered to buy me in exchange for camels,” she says.

What are your fondest memories of growing up in Sydney?

So many good times…the wonderful Aussie summers, swimming at Maroubra beach, picking mulberries with my older brother and playing footie and cricket on the street until dark. We rode our bikes down to the local Seven Eleven to buy snake lollies and slushies. I was a total tomboy until I hit about 13. Then came blue-light discos and live music by local artists at the Coogee Bay Hotel and dinner with mum at the local RSL club.

Were you a go-getter as a kid, and was there anyone or anything that shaped your ambitions in life?

One of the best things my parents did was to just let us be kids.  My parents were strict but very loving. They never pressured us to do anything except to be well-mannered.  My mum worked in a government office and my dad was an entrepreneur – their commitment shaped my work ethic. My first job at 12 was in a grocery store and my parents encouraged us to manage our own finances and to be free thinkers.

How well did the University of Wollongong communications degree prepare you for your chosen career?

I loved my time at uni. From the beautiful environment to all my teachers.  I’m still in touch with one of my professors, Glenn Mitchell. His eyebrows would light up like antennas when we asked tricky questions or challenged his views. I remember him talking about how a career in television was hard and not many people survived in that field. It inspired me and my best friend, Gloria Kalache (also a former UOW student) to go for it. The uni program content was on point, but it was lecturers’ passion that inspired me.

What sent you overseas to find work?

The market in Oz then was small and I was told I was too young and ‘exotic’ for television.  Indira Naidoo, a former SBS news anchor, advised me to go overseas for more opportunities. It was only by chance on my way back to Oz after doing an internship in India during the uni summer break, I was offered a job with a local network in Dubai covering local and regional news. It involved wars, corruption, injustice, women’s rights and terrorist cells – this was where I needed to be. 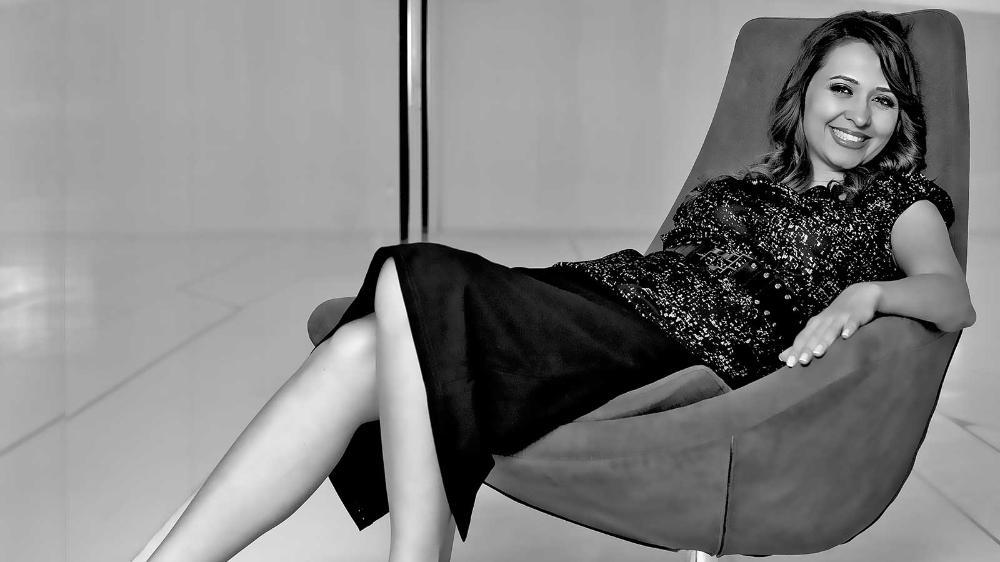 Describe your first year in Dubai, particularly in terms of adapting to a new culture.

When I arrived in the early 2000s, there were hardly any women in the workplace. It was challenging because men back then didn’t want to listen to women or work under female leadership.

There were hardly any road signs and my Arabic was poor so getting around was difficult. People would stare because unveiled women in the street were like unicorns.

You covered the Iraq and Syrian wars. How close did you get to the war zones, and did it have a lasting impact?

I was in the midst of it all in the Lebanon-Israel war in 2006. I covered Rafiq Hariri’s assassination. I broke the news on the Syrian humanitarian crisis, and was on Jordan’s border reporting on the refugees fleeing Syria and Iraq.

It was so surreal as children ran into my arms after crossing hundreds of kilometers of desert to reach safety. Many had witnessed their families dying in mass executions. When the Caliphate announced their expansion plans, I travelled to Iraq to report and do humanitarian work. Twelve million people were killed, tortured, raped, displaced and enslaved – it was the greatest humanitarian crisis since World War 2.

It was during this time I launched my US-based charity – The House of Rest. It focused on rescuing women and children caught in the conflict. My youngest rape survivor was a six-year-old, who Islamic State had used as a sex slave. War impacts you as a person on a very deep level, but my Christian faith protected me from bitterness and depression.

What positive changes in women’s rights have you seen over the past 20 years in the Arab world?

There are 22 Arab countries and many of them are still home to some of the most brutal regimes that oppress women. The greatest advancement for women has been in the Gulf Co-operation Council (GCC) region – which has encouraged women to work and enter government. Countries like the UAE, Kuwait and Bahrain are safe and crimes against women are low. Some of the GCC countries also have some of the highest numbers of women in parliament. Saudi Arabia is rapidly changing as well – women began driving in 2018 and many are going into business as well. The winds of change are coming.

Over the years, has Western coverage of Middle Eastern issues frustrated you?

Absolutely – the lack of real journalism and news integrity. Stereotyping. Not including a right and left view. News today is all about opinions and agendas. I miss real journalism.

Straight Street Media – what’s that all about?

It’s my own company, which has expanded my work portfolio to include speaking and training tools. My clients over the years have included Facebook, Dubai and African Governments, Roche and National Bank of Kuwait. I currently do one television show a year and write for the Times Kuwait Newspaper. I’m also working on a second book called Gucci on the Frontlines which documents women reporting in some of the most hostile parts of the world.

You married Gareth Noble, a pastor from South Africa, in 2017. How do you two spend a leisurely weekend in Dubai?

We love travel and learning about new cultures, trying new food, hiking and exploring.  We have a rescue dog Biggie who we adore, so if we’re not travelling, the three of us are chilling at home eating avocado on toast, watching the sunsets or catching up with friends.

We also love charity work and are just back from Ethiopia, where we distributed Christmas gifts and food to needy children.

What would you miss about your adopted home if you were to return to Australia to live and work?

Probably the friends I’ve made along the way and the archeological and historical sites in this region – there are so many places that have shaped the modern world. Nothing can prepare you for a place like Jerusalem – steeped in mystery and madness. I felt the presence of God there like never before. It might sound crazy, but one afternoon at the western wall I heard God’s voice telling me to go to Iraq. Soon after I started my charity, The House of Rest.