A refugee’s journey to Wollongong

When civil war broke out in her home country, Zeljka Jovanovic’s whole world changed. Her family fled their beloved home to live as refugees and eventually settled in Wollongong. A place they now call home.

Zeljka was 15 years old when she was forced to leave her home in former Yugoslavia. She thinks back on her childhood in the country she was born in with fond memories.

“I grew up in a beautiful neighbourhood where people from all different religious backgrounds would support each other. We went to school together, played on the street and spent school holidays together. But when the war started, everything changed,” explains Zeljka.

Zeljka, her mother and younger sister moved to Serbia as refugees – but her father was left behind.

“Only women and children were allowed to leave so my dad had to stay back. He was a prisoner in his own house, and we didn't know if he was alive or dead for about six months. Luckily, he managed to escape, and he came and joined us in Serbia.”

Zeljka made friends in Serbia that she keeps in touch with today. But after three years of living there, Zeljka’s parents couldn’t find jobs in their fields. They applied for refugee resettlement and were approved for Australia.

“My family didn’t have the financial means to move forward in Serbia. We didn’t have a roof over our heads. We went from having everything we needed in life to being homeless.”

Zeljka says her father requested resettlement in Australia because he wanted to live far away from the conflict that was happening in their country.

Zeljka was 18 when she stepped off the plane in Sydney and into her new life in Australia. A priest from a charity that supported refugees met her family at the airport and led them into a car.

“I remember driving away from Sydney and into the bushes. I had no idea where we were going. Because of everything we’d just been through, I was scared. I couldn’t possibly relax because I didn’t know that things would be okay, that no one was going to hurt me. I was in a defensive mode constantly – thinking, how do I escape this? What do I have to do?

“When Wollongong’s mountains, beaches and houses appeared outside my car window I sat up straight. It was beautiful. We were welcomed here, and it became our home.” 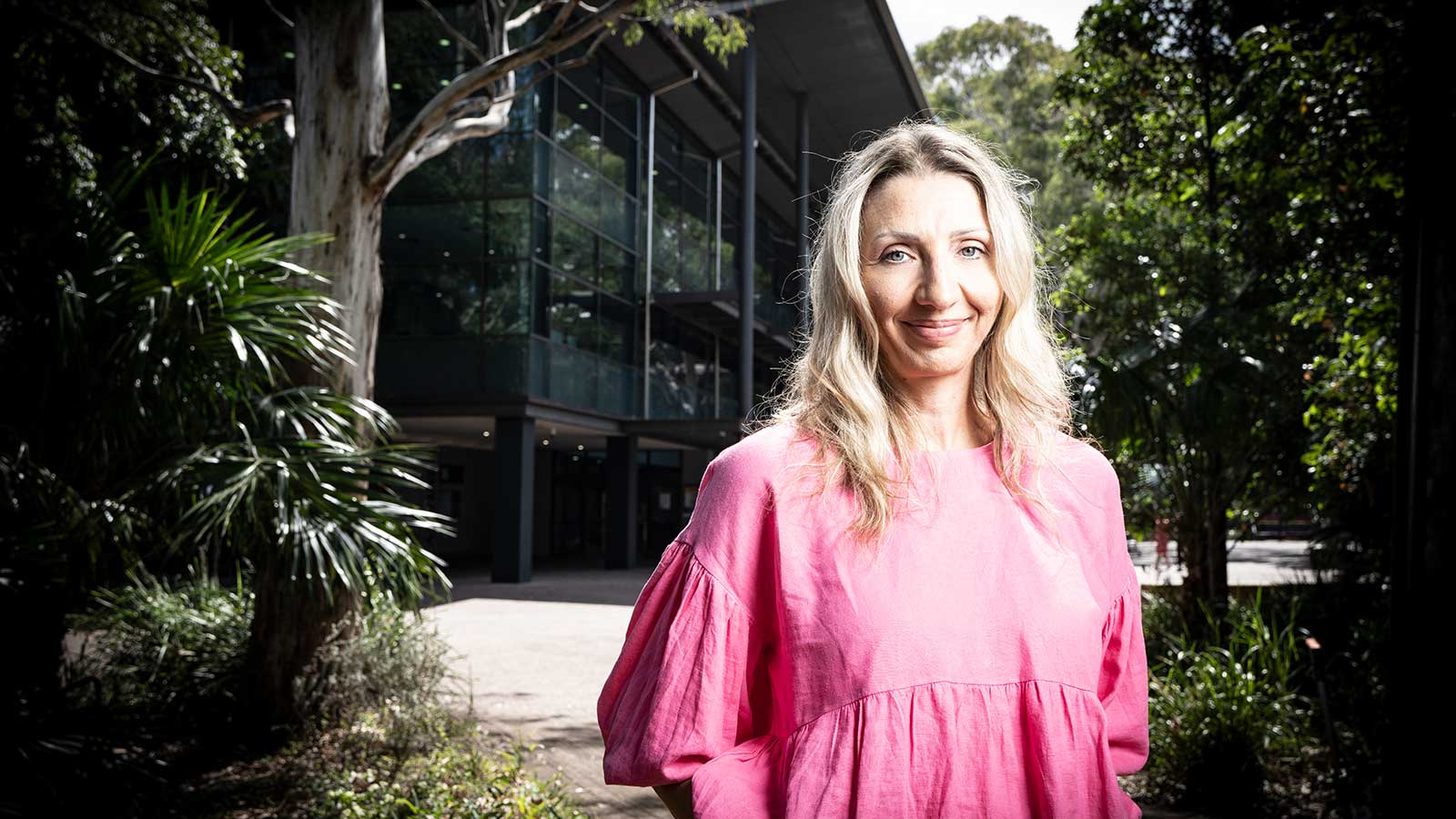 Although Zeljka has now lived in Wollongong longer than anywhere else, she remembers the culture shock and social insolation she experienced when she first arrived.

“I was a teenager and used to going out with friends on weekends, but my parents didn’t let me go anywhere and I didn’t feel comfortable either. If someone approached me at the shops to ask if they could help me, I’d be so embarrassed that I couldn’t communicate so I would sometimes just leave.”

Zeljka started English classes at the Warrawong Intensive English Centre. She made friends from similar backgrounds and was supported by her teachers.

At age 20, Zeljka had a baby girl. She looked after her daughter for two years before she applied to study a Bachelor of Science (Psychology) at the University of Wollongong (UOW).

Before applying, Zeljka spoke to a close friend who studied at UOW.

“I remember the day we sat down, and I told her that I wanted to study something that resonated with me. I was interested in psychology because of my experience as a refugee, but I wasn’t sure what I really wanted to do when I finished. I decided on a Bachelor of Science because I could choose a variety of subjects from different facilities and discover what resonated most with me.”

Zeljka says that she was thankful for the support she received from tutors.

“It took me a while to seek support. English was my second language, and I was still developing my skills, but I think I was too proud to ask for help. I was worried that I might fail at something. But then I realised that the support was there.”

After graduating from UOW, Zeljka worked for a humanitarian settlement program funded by the Australian Government that supported newly arrived refugees in the Illawarra region.

“I started as a caseworker and was the only worker covering the Illawarra. Over the years, the team grew – I became a case manager and then a team leader, supervising more than 30 caseworkers.

“I didn’t work in psychology like I thought I might, but I definitely used the skills gained through my education. My work every day was based on supporting people who had been through dramatic and traumatic situations or culture shock which can create enormous mental health problems.”

Zeljka was often invited to present on refugee settlement. During one of these talks, she was approached by a headteacher at TAFE who asked if she would consider teaching.

“I was pregnant with my son when they called me for an interview, and it was seven days before I had him. I started doing casual teaching when I was on parental leave.”

After her parental leave, Zeljka returned to her full-time job but continued casual teaching work with TAFE and has been teaching mental health and community services subjects for nine years.

After 12 years working in the humanitarian settlement program, Zeljka moved on to work for Housing New South Wales.

“I always worked in the multicultural sector, so this job was an eye-opener for me. It was a great experience for me to understand how a mainstream population really struggles with accessing services.”

Zeljka later worked for the Multicultural Communities Council of Illawarra, where she supervised a team of education officers and delivered trainings across industries such as aged care, education, disability, sports and recreation.

On 15 May 2022 – exactly 30 years to the date after leaving her home country – Zeljka launched her own business called Aperion Skills. Aperion Skills provides services for individuals and organisations to improve their skills in embracing diversity and inclusion in the workplace.

Zeljka says that she’s dedicated to creating an environment where everyone feels included and has opportunities to succeed and thrive.

“We’re a very multicultural country so we need to know how to work and live with each other.

“I found something to do that I love and am so passionate about. I believe when an individual’s life is improved, their community and our society as a whole are also improved, creating a better future for all.”