The heart of social justice

Rising up for a better tomorrow

On paper, Dr Romina Santos Reyftmann may look like your typical high achiever: years of study in medicine and law, helping establish a successful fertility clinic with one of Australia’s leading IVF teams, and extensive high-impact work in First Nations justice and human rights law. But you don’t have to dig deeply to see that every success has been hard-won.

Born in the Philippines under the oppressive Marcos regime, Romina’s family fled to Australia when she was eight, settling in Darwin – Larrakia Country. She began her schooling unable to read or write English, completing it against a backdrop of domestic violence and poverty.

“A lot of my friends never knew that I lived out of home during my HSC, didn’t know what was happening; I was just in survival mode,” says Romina, wiping away tears as she looks back on her tough formative years.

With astonishing grit and the support of strong women around her – her mother Gloria Santos, teacher Jennifer White, and a neighbour, an Aboriginal Elder from Jawoyn Country – she made it through her HSC, securing a place in the University of Sydney’s prestigious Bachelor of Medical Science program. She developed her specialty in endometriosis and fertility medicine here, gaining her PhD and contributing to a clinical trial resulting in the first baby born using a novel technique. It took eight long years to complete her doctorate while struggling to make ends meet in an expensive city, working as a research assistant, a prosector of human cadavers for teaching, and in hospitality.

“I don’t think you ever forget being hungry or afraid you’ll become homeless. But, if you don’t allow those experiences to make you bitter, I believe they can really ground you and inform how you want to contribute. I have so many opportunities now, but I never want to forget how hard it was in the beginning.”

By this time, she had met and married her husband Lionel, a specialist in obstetrics and gynaecology who is now an Associate Professor at UOW. The pair moved to Wollongong under a Medicare exemption to attract specialists to regional areas, where they opened their now thriving gynaecological surgery and fertility practice, Illawarra Reproductive Medicine and Laparoscopy (IRML), while she worked towards dual qualifications in medicine and surgery at UOW.

In her second year of the program, studying 80 to 100 hours a week, Romina discovered she was pregnant – with twins. Deferment was not an option made available to her, and the prospect of juggling intense study while caring for two newborn babies and trying to source childcare was too much. She also had the dawning realisation she was a square peg trying to fit into a round hole and sought the help of a careers counsellor to figure out what she really wanted to do.

“Looking back, service has always been pivotal: to science, to medicine, to the law, to society. I shifted my UOW studies to law and found my true strengths lay in human rights law,” she recalls. 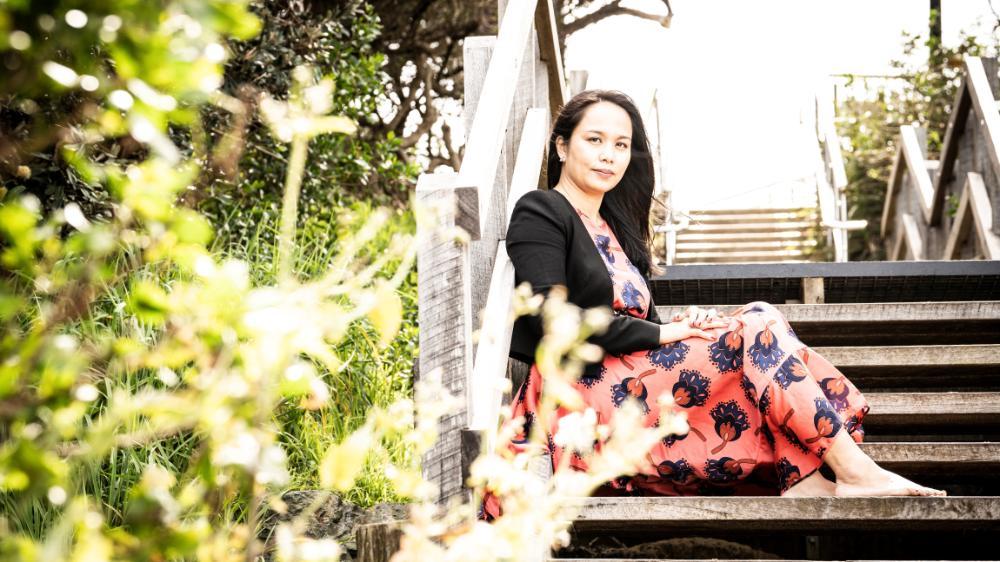 Romina completed legal internships with then NSW Deputy State Coroner Magistrate Geraldine Beattie and Chief Magistrate Michael Stoddart. Determined to use her skills and lived experience in the service of social justice, she joined Wollongong’s Aboriginal Legal Service and then Redfern Legal Centre’s Health Justice Partnership, an early intervention program that advocates for First Nations patients in the healthcare system and reduce the impact of legal issues on their physical and mental health.

“As a non-First Nations person growing up in Larrakia Country, in and around the mob, this work resonates deeply with me,” she explains.

“I’ve had the privilege of working on vitally important test cases, from coronial inquests to Royal Commissions. Right now, we’re acting on behalf of refugee children detained on Nauru for long periods, where they suffered mistreatment and their mental and medical health deteriorated.

“My medical knowledge enables me to quickly sift through thousands of documents to find what’s relevant. That’s incredibly valuable in this space.”

Romina is embarking on the next leg of her social impact journey, recently headhunted by global law firm Zeiler Floyd Zadkovich (ZFZ), co-founded by fellow UOW graduate Luke Zadkovich, to establish and head its new international pro bono department. Though the initial remit is to start small, linking up ZFZ’s global offices to provide equitable access to legal aid for people around the world in need, her long-term vision is characteristically bold.

“My ideal would be to develop a concept of nurturing, elevating, and empowering women and children, minorities, marginalised people, organisations and communities. Women make decisions not just for themselves but for their children, extended families and communities; when you empower a woman, they empower their communities and the whole trajectory changes.

“I’d love to develop programs to mentor first-generation university students and select parents to help prepare cases so brilliant people aren’t deskilled and excluded from the workforce by childcare. And to build an organisation-wide service ethos where our lawyers donate their time to elevate their chosen charities. That would be my unicorn pro bono department.”