A life and career with community at its core

The best intentions on entering politics often get swallowed up in the game. But for Jihad Dib MP – NSW Member for Lakemba and Shadow Minister for Emergency Services and Energy and Climate Change – his motivation is the same as it has always been: to change lives for the better.

“I believe in the greater good, that everybody should be and do good,” Dib explains.

“Being in parliament is an incredible privilege. If you get the opportunity to make structural changes that improve the lives of people that need it most, then you’ve got to do that.”

Dib is no career politician; he has spent most of his adult life as a teacher. The son of Lebanese Muslim immigrants, he grew up helping run the family’s corner store in Engadine, learning the value of hard work, community, and education. Enrolling in a UOW Bachelor of Arts (English & History), he pursued several avenues before settling his path.

“I’ve always had this passion for helping people, and teaching seemed the best way to do it. Once I enrolled in the DipEd, everything just worked.”

His first teaching appointment was at Ulladulla High School, and Dib and his wife Erin – who is also a teacher, their love story beginning in a UOW lecture theatre – spent six years there relishing the beachside life. But he became increasingly drawn by the escalating issues in southwest Sydney, particularly within the Arabic community.

“I remember watching the news and feeling a sense of guilt that here I was, someone who could connect with those kids, living a life like Summer Bay and knowing I probably could make that difference.”

Leaving sand and surf behind, Dib became a head teacher and then Deputy Principal at Belmore Boys High School. Five years later, he moved to Punchbowl Boys High – then regarded as the worst school in the state, notorious for gangs and violence, high absenteeism, poor academic performance, and low morale. Becoming one of NSW’s youngest school principals at just 33, his astonishing legacy took flight.

“People often ask why I chose to go into one of the toughest schools. I went into teaching because I wanted to do some good, and here was a chance to make a difference to people who needed it more than anyone. I could see the positives in those boys that others didn’t; they just needed someone to believe in them,” he recalls.

“On my first day, a student asked me what I was doing at such a, and I quote, ‘shit school’. I told him I didn’t think it was and that we were going to make it better together. That disenfranchised kid later became a teacher at Punchbowl Boys High. That’s the power of looking beyond first impressions and digging deeper, earning trust and respect, doing the work. And it takes time.”

It’s one of countless transformation stories Dib has to share. He led a revolution over nine years at Punchbowl: absenteeism dropped dramatically, engagement soared, and low morale and poor behaviour were replaced with school pride and a sense of belonging. Kids stopped slipping through the cracks and started going to university. The school went from being where you had to go because you couldn’t get in anywhere else to the community’s thriving heart, with a waiting list to enrol. 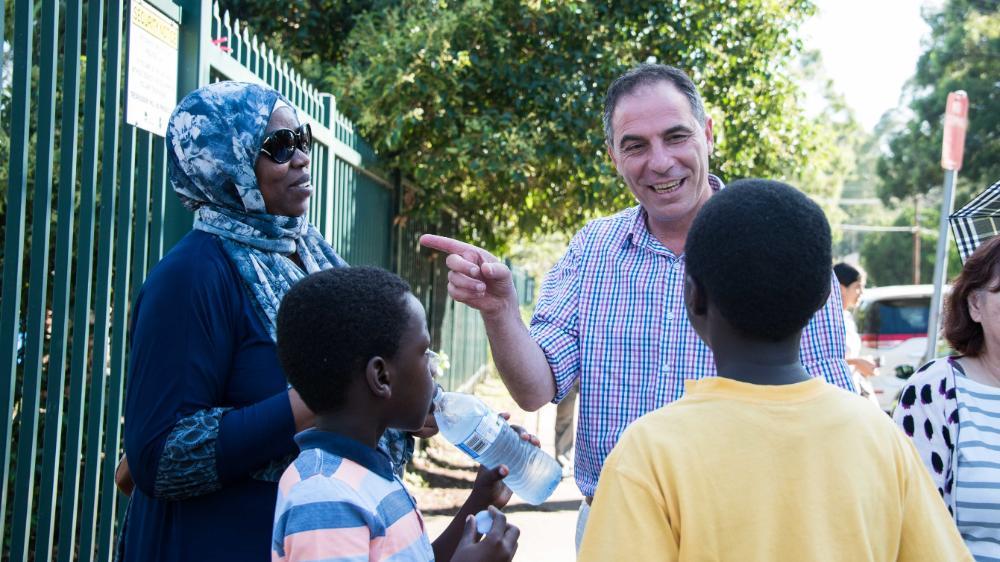 Dib says the shift all boils down to family, community, and belonging. He started each day at the school gates, greeting boys as they arrived, and soon the entire staff joined him in the ritual. He did playground duty daily, collected students from the local train, and took the toughest class himself to show the teachers he was right there with them. Dib also engaged families, shifting the tired P&C model to a more engaging, family-friendly model and creating an annual community dinner that now attracts around 600 people. And that was just the start.

“I was the guy wearing suits and sneakers. I was always moving around, never in my office, because that said two things: to the teachers, I’m with you, and to the kids, I’m keeping an eye on you, and I’m with you as well,” he says.

“When you feel good about somewhere, then you do good. Behaviour, attitudes, grades began changing, and other schools were inspired by what we were doing.”

Punchbowl’s transformation drew the attention of political parties who, keen to leverage Dib’s public profile, came courting. He resisted for three years, but in the end, it was former NSW Premier Bob Carr who convinced him to make the leap.

Dib was elected Member for Lakemba in 2015 in a massive 14.9 per cent swing to Labor. In doing so, he became the first Muslim MP in the lower house and the first to serve his electorate, where 41.6 per cent of residents identified Islam as their religion in the 2021 Census.

“Our parliaments weren’t reflecting our diversity as a nation. It was time for our community – not only Muslims, but everyone of different cultural backgrounds – to see aspiration for something else, to say that if I see him here, I see myself here. For everybody who had always been told you can’t, you can. For everybody had a funny name and was teased for it, I’m saying be proud of who you are and the contribution you’re making.”

Dib served as Shadow Minister for Education for three years and a further two on the multiculturalism, juvenile justice, skills and TAFE, and youth portfolios. He was appointed to his current dual portfolios in June 2021, where climate change sits at the nexus of the most critical challenges.

“We’ve gone from drought to fires to floods; you can’t say that climate change isn’t real and that we don’t need to act on it urgently and reduce our carbon emissions,” says Dib.

“We have to push hard for renewable energy, but it’s got to be accessible and affordable for everyone. Politicians talk about Australia becoming an energy superpower and creating secure, well-paid jobs, and that’s great. But even more importantly, I don’t want anybody to have to choose between turning on the heater and putting food on the table.

“In these portfolios, I’ve been able to apply that pragmatic teacher thinking to reduce polarisation around climate change and energy, to explain that the solution isn’t 100 per cent one thing and will evolve as the technology and accessibility do.”

With the NSW election looming and the potential for a change in government, Dib is intent on staying true to his purpose.

“It’s easy to get caught up in the excitement and bright lights of politics but one thing’s for sure: I’ve never forgotten where I came from or the reason I stood for public office,” he says.

“I took my attitude of teaching into my politics. I treat everybody with respect and get that in return because people know where I stand. I don’t like the game of politics, but I like what politics can achieve. So I play it my way: with decency and integrity, from the perspective of what can I do for community?”