Adjusting to a brave new world and evolving technologies

That the future is the product of the decisions we make today is a sentiment swirling around the corridors of Australia’s education sector.

Equipping new generations of school and university students for a challenging new world that encompasses cutting-edge technology, a changing workforce and the impact of global warming is no easy task. We spoke to three educators with different perspectives on what lies ahead. 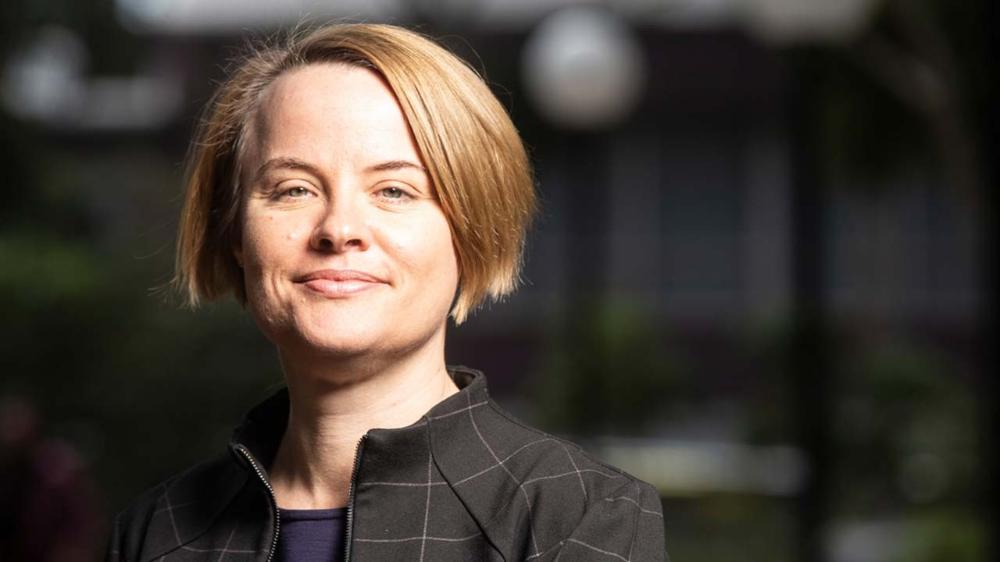 Professor Sue Bennett, Head of the School of Education, University of Wollongong

Professor Sue Bennett is a staunch defender of Australian education as a system that values tradition, but is constantly evolving.

“There are, and always will be, people who will say we need to chuck it all out and start again but there are reasons why our education system persists,” Professor Bennett says.

“There are lots of good things about it. In fact, I’m always a bit dismayed that some of the debates on education don’t seem to engage with a lot of our successes.

“And we have a mindset of constantly critiquing our own practice and advancing it.”

Professor Bennett, who is also an education researcher specialising in technology, maintains there has been a major shift in the past 30 years towards active learning supported by technology that results in student-centred rich learning experiences.

Curriculums have also broadened to include life skills like finance and nutrition, but are structured in a way that makes academic subjects more relevant and engaging.

Professor Bennett says given these advancements it is disappointing when international comparisons cast Australian educational standards in a poor light.

“I think these international measures can be problematic. Yes, there is a narrative that our students are falling behind, it’s one that often appears in the media.

“While we can view those comparisons as an indicator, we do have to look more closely at who we are comparing ourselves to, and how their education systems differ. Also, they are often comparing children and young people at the same age but who may not be at the same stage of education.”

On the proposed NSW curriculum changes announced recently, the professor is also wary.

“I was part of UOW’s group who put in a submission. One of the challenges is understanding which parts of the recommendations can be implemented and how to implement them.

“One example is the notion we should move away from students moving through the curriculum based on age.  At present, a student can be in Year 9 and following this curriculum because it’s for Year 9.  The recommendation, however, says we should introduce a much more personalised way of viewing the curriculum, in that students would progress through different subjects potentially at different paces to meet the needs of the student and to harness their interest.

“I can see the benefits but implementing that sort of change may be very difficult in terms of practicalities.”

Professor Bennett says that while educators are always looking to improve the system, she believes change should be slow and considered, rather than a knee-jerk reaction.

“A lot of the conferencing with software like Zoom or Microsoft Teams enabled that contact to continue. The feedback I got from our students at UOW was that the personalised aspect of engaging with teachers and other students was what kept motivation alive.”

When asked to imagine a 2030 classroom, Professor Bennett believes the biggest change in technology will be in ways we have not yet conceived.

She also predicts the philosophical changes in education in recent years will take on added importance.

“The notion of education as life-long learning has begun but will be even more relevant in the next few decades.

“Education will not be something that stops at the end of school or university, but rather something you continually engage in for, say, topping up a qualification or taking on a whole new career.

“The nature of work and the workforce is changing, so being adaptable to that means preparing to spend periods learning new things or retraining.

“Overall, I think a lot of excellent practice is happening and that is all about having well-equipped teachers working with students to fulfil their needs. I don’t think that’s going to change because to me that is fundamentally what education is all about.” 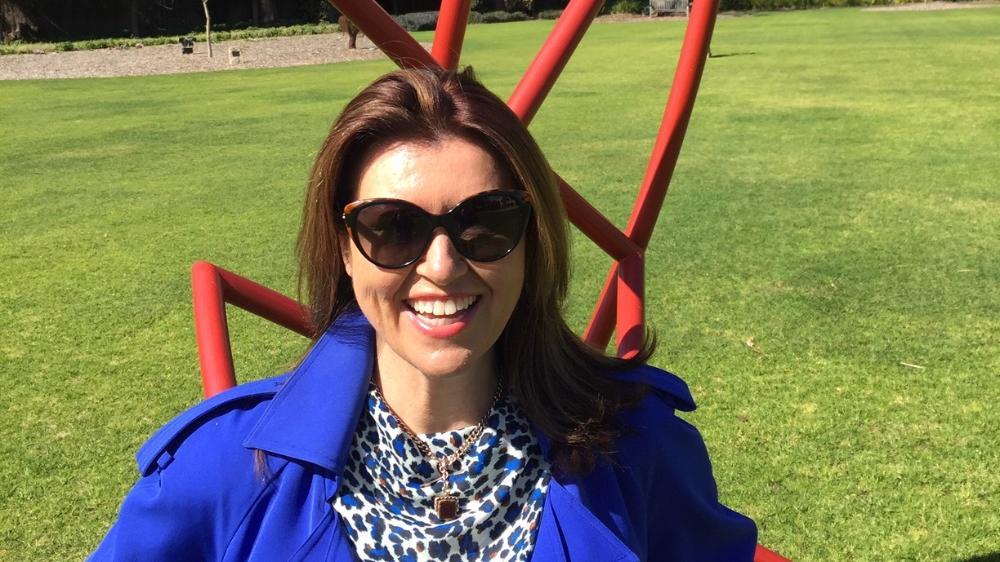 In the weeks after Australia exploded into fire at the end of 2019, Karren Raper and her staff at TAFE SA swung into action, providing short courses in fencing and chain-saw operation to help with the massive community clean-up.

“Then, just months later, COVID-19 hit, so like educational institutions throughout Australia we had to quickly move our face-to-face delivery models online for the different sectors of education and training,” Raper recalls.

It was an example of what Raper calls “agile adaptive leadership”, a management tool which she has helped to instil among her staff of 400 people to push through challenging times ahead.

No discussion on the future of education is complete without including vocational training, Raper says.

“I believe vocational training has the power to change people’s lives. Trends indicate people, for various reasons, will change careers far more readily than in the past, so our vocational training is gearing up for a model that will allow them to make that transition smoothly and successfully.

“We’re inclusive of all students and their individual needs including refugees and hearing-impaired students, and we take great care in aligning courses with local industry and small businesses.

“To do that more efficiently, we now use micro-credentialling which is equipping students with not only the skills needed for what they are doing now but also the roles they aspire to.”

While Raper is clearly proud of the training system she has helped build, she believes there is still much transformational change required and COVID-19 has put that change on fast-forward.

“In the next 10 to 20 years we’ll need to be agile in terms of our learning spaces, practical skills and our engagement with virtual delivery,” she says.

“There are examples of excellence everywhere – here and in the schools and universities – but it’s about how you keep moving along that transformational journey.

“One of our biggest challenges during COVID-19 was supporting students, particularly our non-English-speaking body of students, with reading and writing.

“Also, the practical skills you learn at TAFE – we had to grapple with how you move that into the digital realm to achieve the assessment outcomes that are required.

“It was both an invaluable learning curve and a huge challenge, but we did it.” 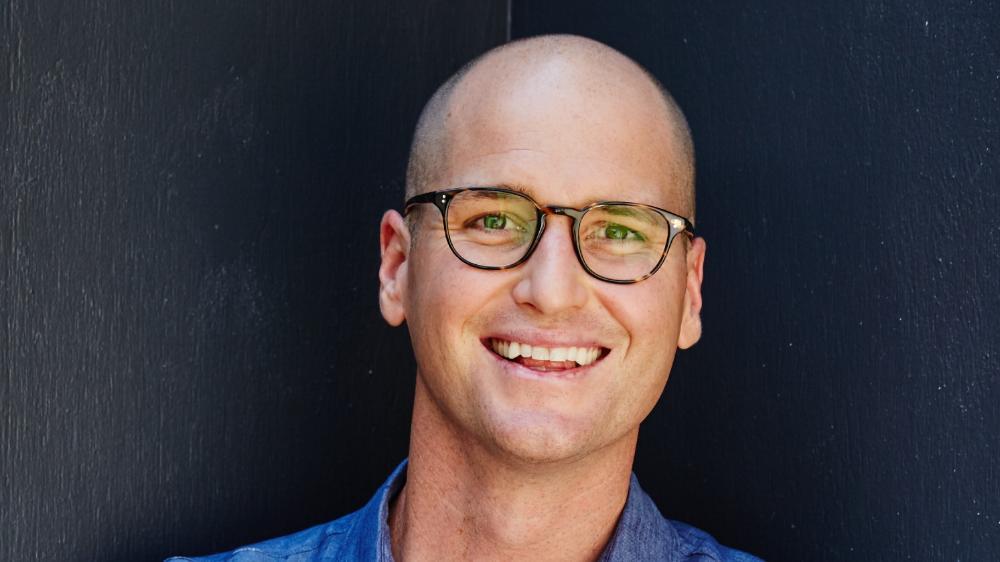 The Federal Government’s call to action in its 2008 Digital Education Revolution initiative managed to elevate technology’s profile as a learning tool, but Michael McQueen suggests a re-think is now underway on how to proceed into the next decade.

“We started out saying there was not enough technology, but the conversation now is that we’re placing too much emphasis on technology to the extent it’s having a negative impact on learning outcomes because of the degree of distraction it creates,” McQueen says.

Through his close connections with industry leaders and educators, McQueen is sensing a few cracks are starting to appear in the digital dream.

McQueen says that one of the older issues is inequity among young people and the budgets their families have for constantly updating their devices. But he says that also raises a question about whether we are using technology in the places we should, for instance in the way we do exams.

“I’ve been hearing from teachers for years that many senior school students who use computers for most of their work throughout secondary school are unable to produce the required quantities of hand-written responses in the Year 12 exams because their hand muscles are too weak,” he says.

He says the buzz term ‘21st century skills’ is something that changes from one employer to the next.

“Industry leaders I talk to, when describing what they’re looking for in their future workforce, strip away all the language typically used by bureaucrats and policy makers and say ‘the skills we can’t get from technology’.

“Computers are not intuitive. Skills like deep creativity and judgment are things computers can’t do well. We’re seeing a little creativity in AI that can be used now in, say, graphic design but it’s still very rudimentary.”

McQueen envisages 2030 learning spaces are likely to look very different, with classrooms two or three times bigger than they are now and with multiple learning zones. Students might be studying different things but sharing resources.

He says the technology of the future might draw more on gaming “because you’ve got students very comfortable using augmented virtual reality and we’ll see those technologies becoming far more prevalent in classrooms, which would be fantastic”.

“Imagine subjects like history on the topic of, say, the fall of the Berlin Wall and having the opportunity to use virtual reality goggles that would allow you to visit the site and experience that environment and the mood of the people,” McQueen says.

He predicts technology will develop more as a great enabler that provides for a more immersive and engaging education.

“It can’t be used to future-proof jobs because of technology’s rapidly changing pace.  Those sorts of enduring jobs will need people who can deal with a lot of variety and also jobs where you have to be physically involved, like a hairdresser or carpenter.”