It was on the shelves of the humble Forbes Public Library in western New South Wales that Sarah-Jane Burton made a discovery that would shape the course of her professional life.

A bookish country girl and proud Wiradjuri woman who would become the first in her family to attend university, Dr Burton remembers spending hours in the library picking out books to take home.

"That's where I discovered poetry, and I remember being about 14 and I came across a book by Sylvia Plath," the academic says.

"She had a realness and a beauty in her writing that I just connected with. It was like magic to me. It's been a long love story."

Dr Burton’s lifelong love of American poets like Plath would lead her far away from home – first to Wollongong to study, then eventually to the hallowed halls of Harvard and Massachusetts' Smith College, the alma mater of her literary hero.

Along the way, life – and her interest in magazines and feature writing – intervened to steer her career in different directions, but her love of poetry and libraries always prevailed.

Dr Burton chose UOW after a trip to the university with her school. Like many students, she remembers being "blown away" by the lush green campus and was attracted to the close-knit community of the Arts and Creative Arts schools.

After graduating with a Bachelor of Arts, she thought she was done with study and quickly landed her first paid job at Pacific Magazines in Sydney.

But even as she lived out her new life in the city, something kept taking her back to the comfort of her local library.

"I used to go to the public library in North Sydney in the evenings and read poetry,” she says. 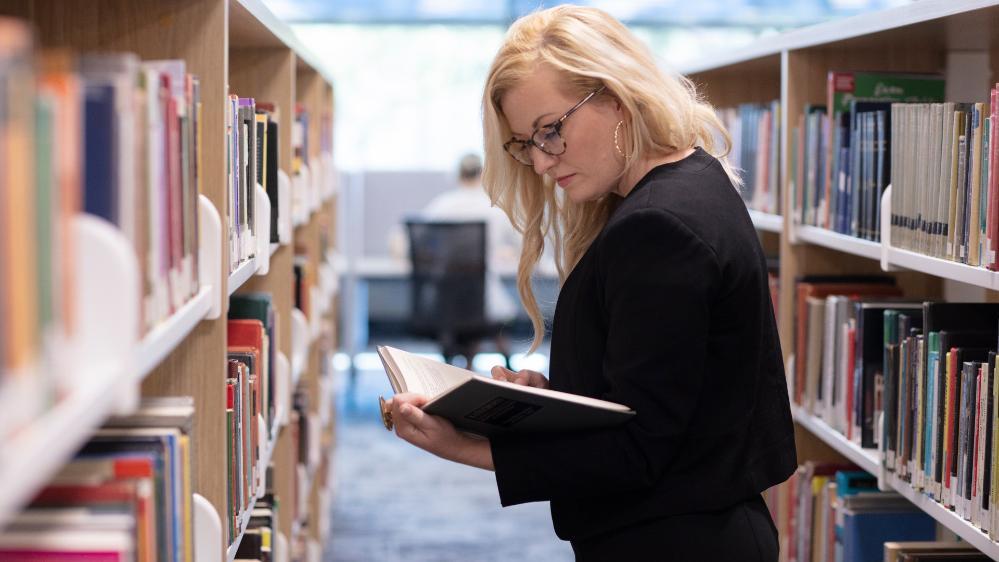 After a few years she switched to freelance writing and moved back to Wollongong to take up a Master of English Literatures at UOW.

From there, she went on to study a PhD, focusing on the work of Sylvia Plath, Anne Sexton and Robert Lowell and a writing workshop they did in the 1950s. It was then that she gained her first fellowship to go to Harvard.

"When I got the letter saying I had the grant and they wanted me, I couldn't believe it," Dr Burton recalls.

But the famous campus was more imposing and restrictive than she'd hoped, especially after her experience at Wollongong.

"I'd built it up in my mind to be this ivy-covered university where I could stroll across the grass and think about poetry," she says.

"But it's very urban, somewhat intimidating and it's also very locked down.”

Luckily, on the same trip she also got to visit Smith College, where Plath received her undergraduate degree.

"Going to Smith was different – it was a smaller, more welcoming university like Wollongong,” she says. "And I found those giant ivy-covered buildings I’d imagined."

Dr Burton returned to America several times during her PhD and on one visit discovered a society called the New England Poetry Club, which the three poets she was researching had been part of.

“I was invited over to a grand old house in Cambridge for tea, and met some of the current and former club members who were very old,” she recalls. 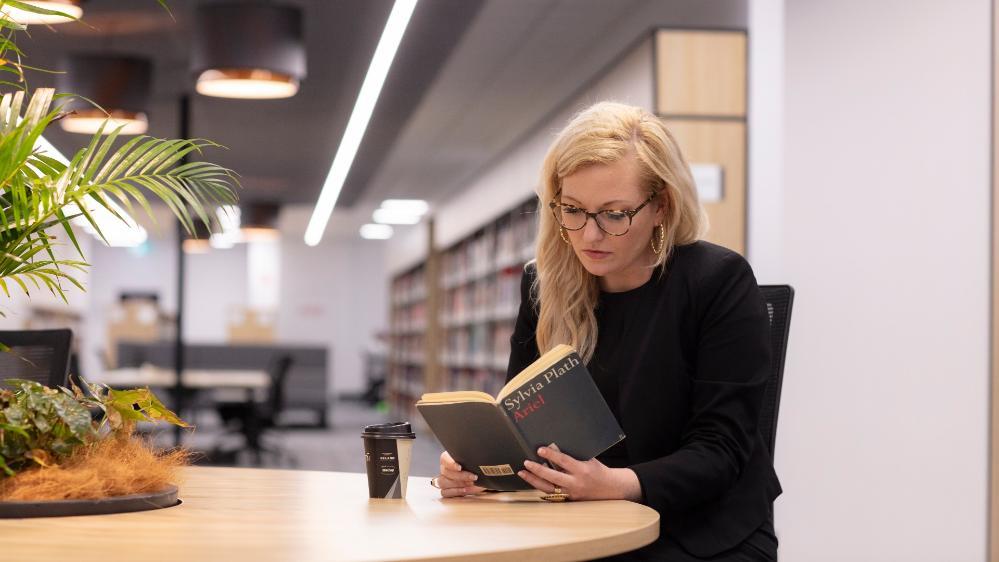 “The president asked me to take a look at some boxes she had in the basement. What I discovered there was over one hundred years’ worth of historical documents, manuscripts and correspondence relating to the club, which was started in 1915 by a group of famous poets which included Robert Frost.

“Then the president said to me ‘You have to write the history of the club’. But I was in my twenties, just finishing my PhD and, while it was the most exciting thing in the world, I didn’t really know what I was doing.”

Dr Burton returned home to graduate at the end of 2015, but then her plans were interrupted by the death of her parents, who were both ill with cancer during her PhD.

"My dad passed away in 2016 and my mum in 2018, and they were and are such a big part of my story, I would have never been able to do anything without them," she says.

When her father died and her mother became sicker, she left a permanent academic posting at Macquarie University to take up a variety of professional roles at Western Sydney University, which allowed her time to care for her mum.

“My research had to take a back seat to my family, they were more important,” she says.

Dr Burton was eventually drawn back into her academic career in 2019 after being awarded a second fellowship at Harvard.

"I never let go of my dream to write the history of the New England Poetry Club. By the end of last year I felt strong enough to do it, and so, once again, I quit my job and moved back to Boston," she says.

"It took a lot of courage to go back to it. But just like grief is putting one foot in front of the other, a career is a bit like that too.”

While COVID-19 put her plans to work between her current position at the Australian National University and as a visiting scholar in Boston on hold again, she plans to get back to her work on the archive as soon as international travel allows.

"Poetry just lights me up, it's my passion – it's an integral part of who I am, no matter what other jobs I'm doing, and it's what got me from where I came from to here," she says.

As she tells her young writing students to inspire them: "There's a poet or writer out there for every single person – you just have to find your Sylvia Plath."