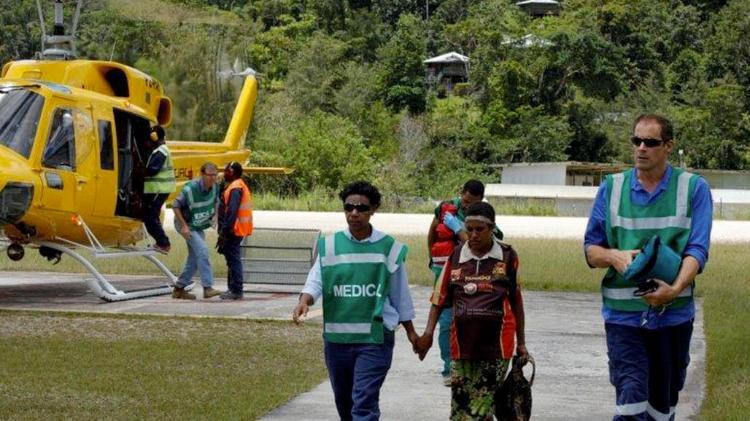 Nursing on the front line

The many tales of an adventurous trauma nurse

If you were stranded on a deserted island – or in a jungle, or a conflict zone, or in the middle of an earthquake – what would you take? You’d take Russell Banks, if you wanted to survive. The no-fear nurse has saved countless lives in all kinds of remote locations and precarious situations – and has ample tales to tell from his many adventures.

“I love the adrenaline rush of trauma nursing,” Banks says. “You never know what you will be called out to or what dangers you’ll face. I’ve seen everything from crocodile attacks, to mass casualty situations; volatile brawls with crowds of 30-plus people with knives, star pickets and other weapons, to children handling 15-foot long snakes; natural disasters like storms, floods and cyclones, to troop carriers rolling over, trapping and seriously injuring a dozen men at once.”

“Looking after people, especially in poverty and conflict areas, is very rewarding. Helping people in those areas makes a huge difference to their lives. Often if I’m not there, there’s no one else.” 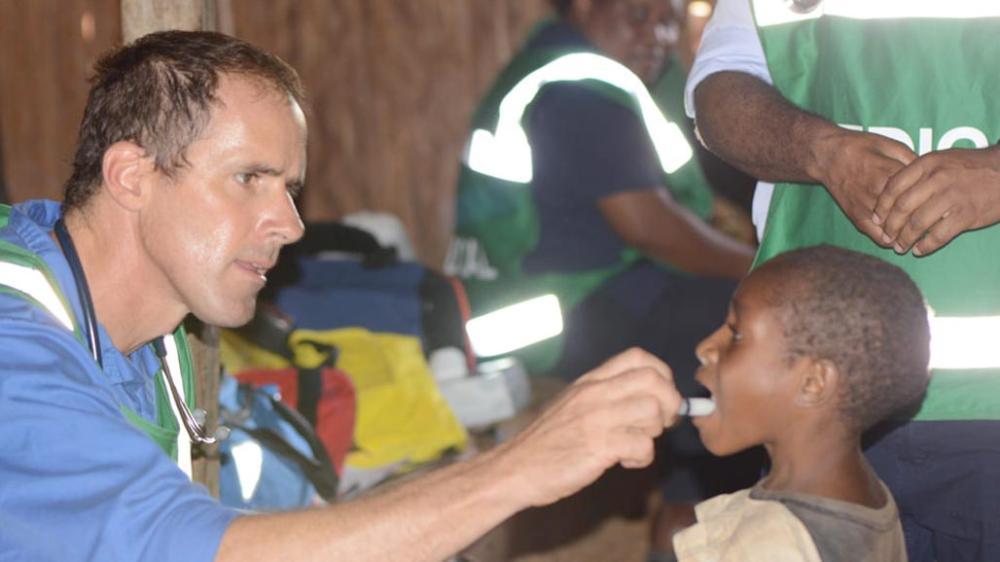 There’d be many people from pockets all over the globe, grateful Banks chose to stay at UOW to complete his nursing studies rather than pursue life as a physio or PE teacher like he’d originally planned. “UOW was the start of my career – I had a great time there, many fond memories. Without it, I wouldn’t have done what I have. Everything has led from there,” he says.

It took just one post-graduate year on a ward for Banks to know the confines of hospital nursing weren’t for him – so he started travelling, taking on odd nursing jobs where they came up. He spent time in London giving flu vaccinations to employees of Goldman Sachs and other global businesses; he looked after an English Lord on the IRA’s top 10 hitlist in his Wimbledon mansion; and was flown to Cairo with one day’s notice to look after one of the wealthiest princes in the Saudi Arabian royal family for a month. “It was a real eye-opener for a young bloke from Wollongong!” he laughed

“I spent time in Asia too, where I ended up on some islands off Sumatra. It was paradise, but the locals had no access to healthcare. A cholera epidemic was making everyone very sick, so I started a clinic there, seeing anyone who was sick and wanting help. This started my love of primary healthcare and grassroots nursing.”

Banks returned to Australia to pursue remote area nursing. He spent the next 15 years travelling around the country, helping those in “some of the most amazing and far-off places imaginable – Thursday Island, Groote Island, the Tiwi Islands, Bidgidanga, Mutijulu, Lajimanu, Peppimenarti. Places many people haven’t heard of, let alone lived in.”

The laidback 42-year old now does fly-in-fly-out work, continuing to provide relief to people in a variety of out-of-the-way areas and communities. “I love the freedom of my job – working contract-to-contract allows me to spend time with my family and travel a lot; and I really enjoy getting into different areas of nursing I haven’t experienced before and learning new skills. You’re a nurse, but you wear a lot of other hats working in remote communities: 24/7 paramedic, public health worker, teacher, search and rescue, even a vet!

“I’ve seen some amazing things, especially in Aboriginal communities. A standout was being invited to join a traditional men’s business ceremony in a remote Northern Territory Aboriginal community – something no white man had ever done in that community. It was an incredible experience."

Once, my wife and I kept a six-month old baby alive for four days by ourselves. It was over Christmas and a cyclone had hit. We were completely flooded in and no planes could land. The baby had a collapsed lung and was very lucky to survive. It was a great feeling to be able to save this baby’s life against the odds. 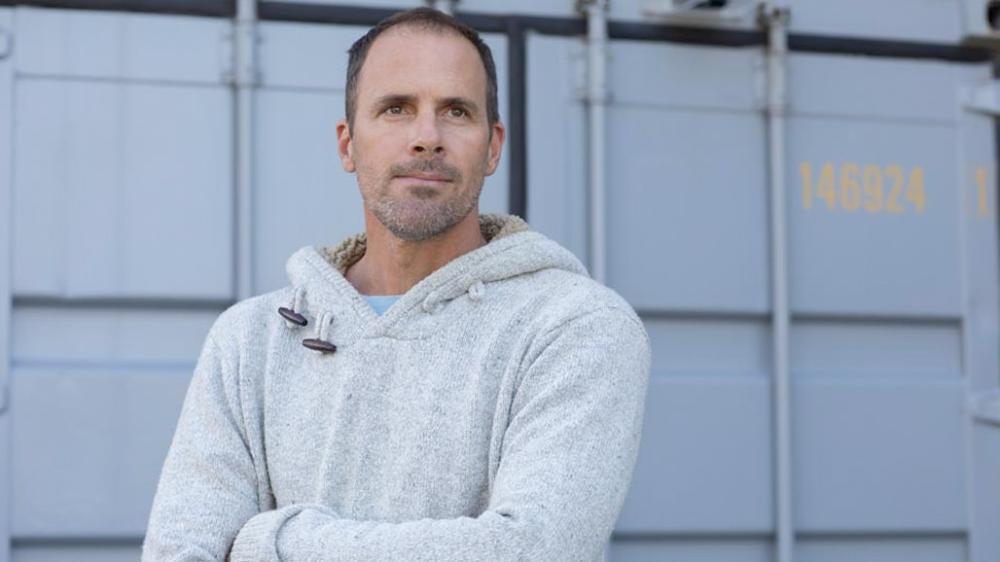 “Another night, we were called out late to a drunk man swimming in the billabong – with crocodiles all around him! He was bleeding all over from knife marks, and after his mate got him out of the water, he still had the knife so the police had to taser him. I don’t know how he managed to not be eaten by the crocs. He said the crocodile was his totem so they wouldn’t touch him. It was an unbelievably dangerous situation but ten minutes later back at the clinic, the same man had everyone in fits of laughter acting out how he’d just been tasered. I suppose you need dark sense of humour sometimes to get you through!”

One of Banks’ most formative experiences was working in the thick jungles of Papua New Guinea only accessible by chopper, tasked with looking after the local workers and villagers who’d never had access to healthcare. “The remote villages are fascinating to work in. These are some of the last tribal cultures left on Earth. Black magic is still practised, so it’s a challenge to work in western medicine with traditional spiritual beliefs, especially when third world diseases such as tuberculosis, rheumatic fever, typhoid and cholera are still very prevalent.

“But it was a 7.6 magnitude earthquake there last year that was most terrifying. I’ve dealt with many disasters, but none as big as that. I woke up at 2am to what sounded like a freight train coming through my room. I was thrown out of bed, the room fell off its foundations; I had to kick the door down to get out. When the sun came up, there was devastation all around us – surrounding hills had shaken themselves to bits; local villages were decimated, some totally covered by landslides; and we lost all our communication for five days, effectively stranded in the jungle. We had to ration out what little SAO biscuits and water we had; I lost seven kilos in two weeks! 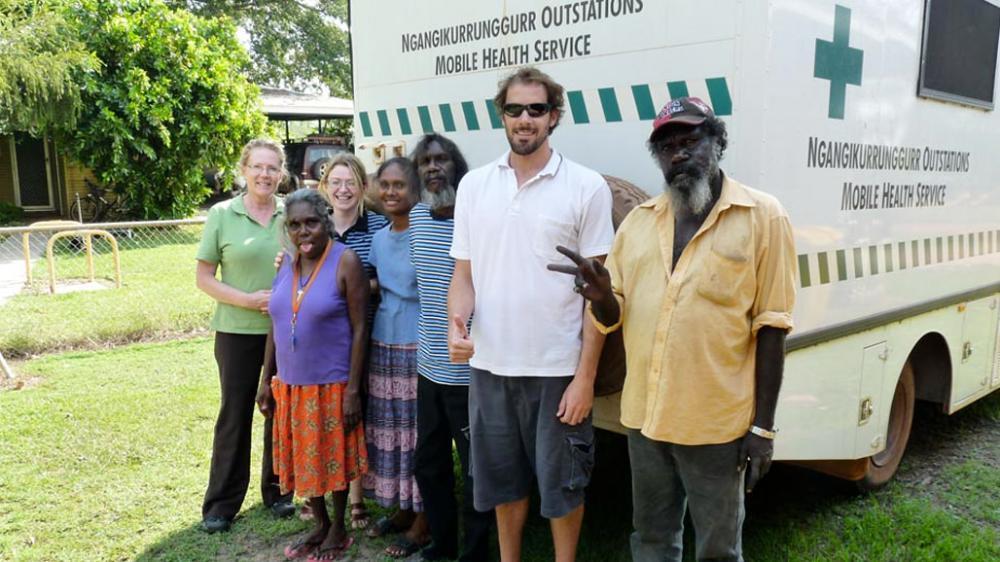 “It was a really intense situation. The official death toll was 180, but from what I saw it was much, much more. I was going out into isolated mountain villages to assist the sick and injured – lots of burns from grass huts collapsing and catching fire; lots of fractures and head injuries. The UN was unable to get in for many weeks, so we were the only ones with the ability to respond. It was a huge logistical and humanitarian effort. We were exhausted from 12-plus-hour days in the field, but we were so busy we didn’t really have time to be hungry or tired.

He says the scariest part was not knowing when the next earthquake was going to hit. “Hundreds of earthquakes followed over the next few weeks. Most nights we’d be woken up four or five times and have to run outside. We also had to contend with raids on our camp by local villagers. One night, I had to sew a policeman’s ear back on after villagers attacked them with their own guns. I got him out of the clinic quickly, before any villagers turned up for revenge!” 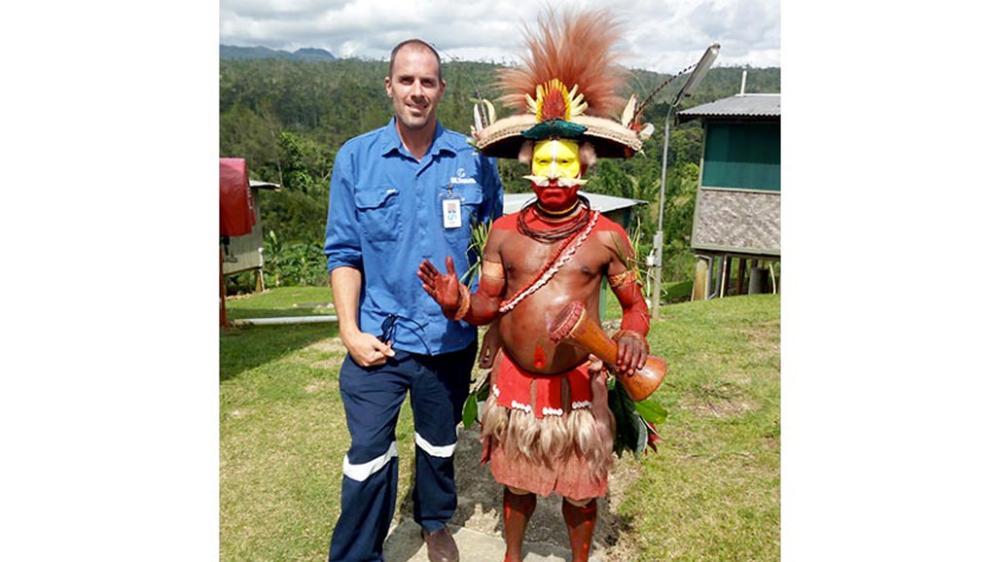 Motivated and hardworking, Banks says he’s keen to keep the adventures coming. “I’m really happy doing what I’m doing. I want to continue working in remote places and travelling, wherever the opportunities come up. I’d encourage anyone thinking of doing nursing to do it – there are so many options out there for nurses. I can’t think of another career path that can take you in so many different directions and offer so many opportunities.”