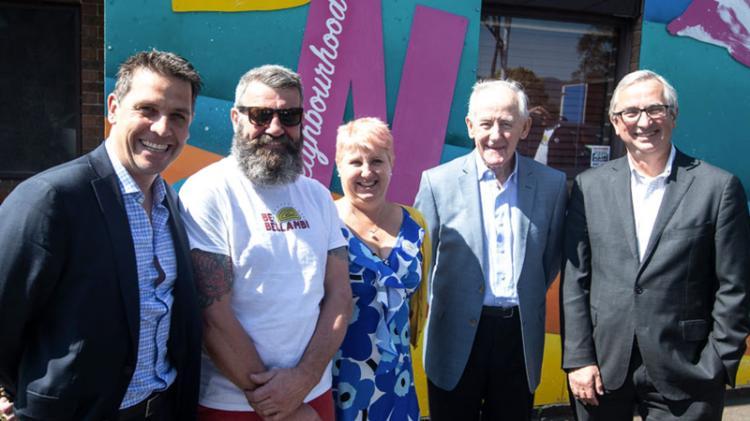 Home is where the art is

What started life as an art-based project for teenagers to collaborate on at Bellambi Neighbourhood Centre, has grown into a community festival and campaign aiming to change the way the world sees the suburb.

Steph Griffiths, 17, was one of the teenagers who began working with UOW’s Associate Professor Kate Senior, on a project to show what Bellambi meant to them. She has lived in Bellambi for three years and is keen to let the world know about all the positives to be found in the suburb. 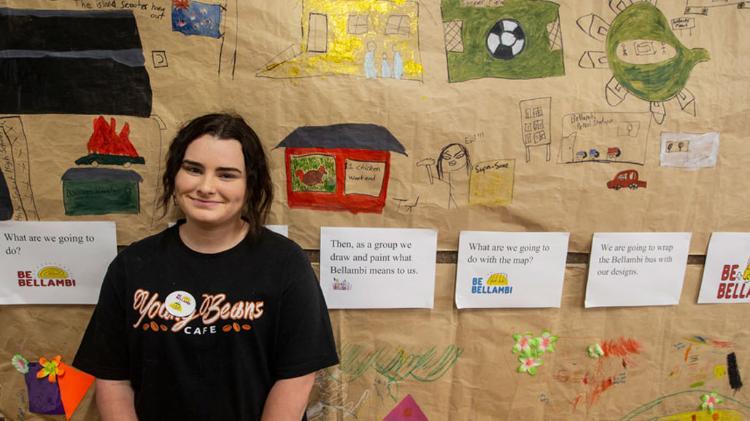 Steph Griffiths with the original map at Bellambi Neighbourhood Centre

“We’re very big on helping each other,” she says of her community. “Everyone gets together and has good times.”

“Every time you see something about Bellambi in the media, it is inevitably bad. The community is a scapegoat for everything negative in the Illawarra, but I wanted to share a different view,” she says.

The original project was a map featuring everything the young group thought was significant in Bellambi. It included things like the neighbourhood centre, Bunnings, the beach, sporting grounds and the infamous Bellambi Monster.

Prof Senior took that map to Professor Glenn Salkeld, the Executive Dean of the Faculty of Arts, Social Sciences and Humanities, to seek support for a broader project the whole community could be involved in. Prof Salkeld then took the map to Vice-Chancellor Professor Paul Wellings.

“When I saw the mural I thought, that’s better than a two-page proposal, so I went into his office with that mural,” Prof Salkeld says.

Prof Wellings was immediately impressed and offered funding from the McKinnon Walker Trust to support the project. Former vice-chancellor Emeritus Professor Ken McKinnon AO and his wife Suzanne Walker donated $1.3million to the University of Wollongong to establish the trust in their name in 2016. Funding from the trust is given annually at the Vice- Chancellor’s discretion to academic staff, professional staff and students to foster innovative programs, activities and ideas. 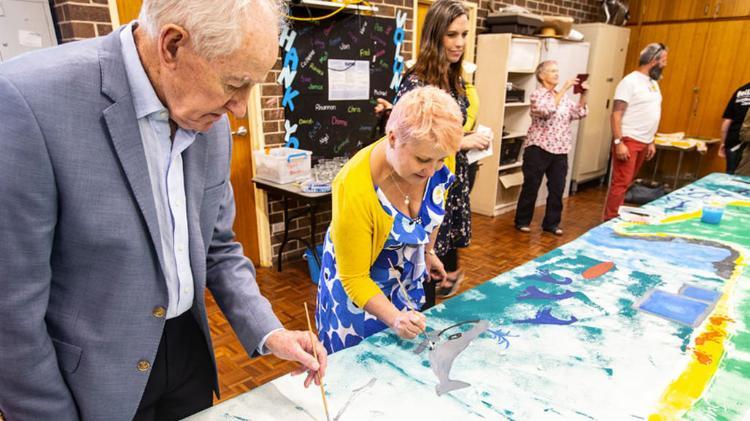 The Festival of Community Mapping came to life thanks to the Trust’s support. It was a chance for the Bellambi Community to come together and use visual arts to tell the story of their suburb. The event occurred in September and the neighbourhood centre was packed with members of the community of all ages adding to the huge map.

Prof Senior said the best part of the whole campaign was that it grew from an idea from, and was embraced by, the Bellambi community.

“It wasn’t an external program that was delivered to them,” she says. “The Bellambi community is incredibly cohesive, about 200 people turn up to the weekly community lunch every Wednesday and there are a committed group of volunteers that drive the place and see this project as something important.”

The ultimate aim is to have the community map printed on to a bus that runs from Bellambi into Wollongong to show outsiders the warm, whimsical and welcoming nature of Bellambi.

The project also drew on the talents of UOW’s third-year design students who created promotional materials for the event, using the tagline, Be Bellambi, and will transform the completed map into a short, animated film.