A platform for change

When you meet Dominique, it’s easy to see the role that passion and purpose have played in her rapid career trajectory since she graduated little more than 10 years ago.

As CEO of the National Retail Association (NRA) and Director of its in-house industrial relations law firm, NRA Legal, she brings extensive experience and deep dedication to leading Australia’s largest and most representative retail industry association.

The NRA delivers critical information and advice to around 24,000 shopfronts across the country, from the family-run pizza shop through to the big retail giants, and across the full gamut of retail categories. It also has a strong relationship with the National Online Retail Association, part of Lamb’s mission to traverse the traditional “clicks versus bricks” divide towards a unified industry.

“Retail is the second largest employer in the country, employing 1.3 million people,” she says. “For us, the more that we invest in employers within this space, the more people they can employ. For example, we do a lot of work in regions around youth unemployment, and because of the scale of the retail industry we’re able to drive significant change in those areas through integrated training and employment strategies.”

In addition to acting as a union and industrial relations advocate for retail employers, the NRA works to understand the challenges faced by business and represent their voices in government to agitate change, whether that be through legislation or shifting attitudes around key issues such as diversity and sustainability. 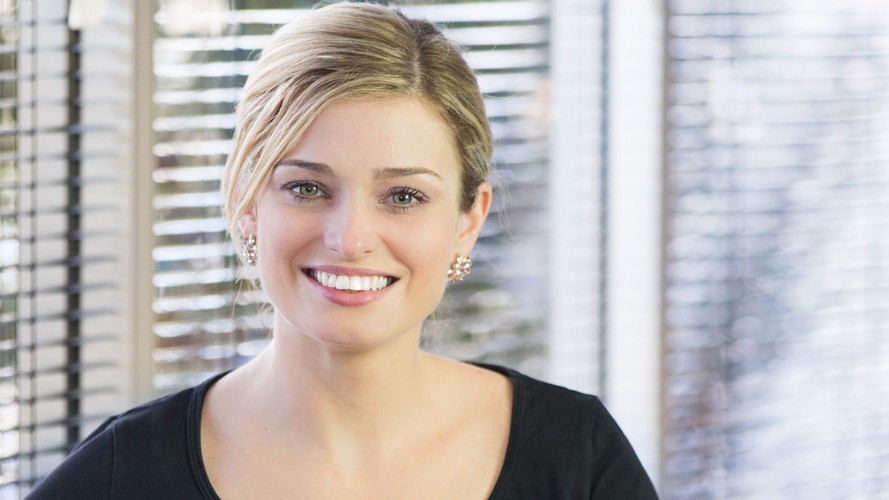 Lamb spent the earlier part of her career working in construction, industrial relations and employment law for commercial firms in Sydney and Brisbane, earning the title of Australian Institute of Management Young Gun of the Year in 2011. She says that being exposed to such passionate professors in employment law during her combined Arts/Law degree led to a career-defining love of the field.

“I chose UOW Law School because it was known for thinking outside of the box; it wasn’t all about black-letter law and simply administering the rules. Exploring the Fair Work Act that had come in towards the end of my degree gave me a wonderful niche, and I became passionate about the fact that there were rights and responsibilities on both sides and that it was not only about the law but about relationships in the workplace.”

It’s so important to give women a financially secure future, so that if they do find themselves in a situation where they are living with a perpetrator it gives them options.

She made the shift to the world of member associations in March 2013 with a move to Australian Industry Group, a peak body representing the interests of a diverse range of Australian industries. Lamb says the decision was influenced in large part by a significant thyroid issue requiring radiation treatment, highlighting for her the importance of work-life balance.

“Making the decision to step away from a corporate firm into an association is the best thing that I ever did. I could still give 110 percent of myself to my job without having to work the kind of hours I had been, and really allow myself to recover.”

Making a fundamental career shift wasn’t the only way she chose to challenge herself after this watershed time in her life; Lamb also took up competitive bodybuilding – a left-field choice she credits with advancing the goal-setting skills, accountability and values that have helped her to supercharge her career.

“I couldn’t think of anything more terrifying than standing up in front of hundreds of people being so exposed and having them judge you. It was about learning confidence and how to say yes to opportunities.”

As a leader, she is a passionate supporter of individual growth. Gender equity is an issue particularly close to her heart, and with more than half the retail workforce comprising women – and young women in particular – she says the industry is well placed to lead the change. Lamb fervently believes that gender equity starts at home, and this is at the heart of her work as a strong advocate for victims of domestic violence; she has volunteered with the Women’s Legal Service in Queensland (WLSQ) since 2010 and as Committee Chair of Dancing CEO’s – a major charity event that raises around $265,000 each year for WLSQ – since 2015.

“It’s so important to give women a financially secure future, so that if they do find themselves in a situation where they are living with a perpetrator it gives them options. I think that’s such an important part of the conversation that often gets lost.”