From crash to Colombian classroom

Ed Broadbent transforms a crime hub into a place of hope

Misfortune can change lives for the better, but that was the last thing on Ed Broadbent’s mind when he found himself on an operating table in India waiting for doctors to mend his broken body.

“Before I blacked out, I remember looking up to the rusty pipes on the ceiling and thinking in a weird way I hadn’t taken advantage of the of the opportunities life had given me,” he recalls.

So began a chain reaction that led to a master’s degree in Public Health at University of Wollongong that jump-started an astonishing career that took Broadbent half way around the world to help transform a once dangerous neighbourhood into a place budding with hope and opportunity.

It started with a 2012 road accident, when Broadbent, then 23, had finished a psychology degree at University of Newcastle and went travelling for inspiration.

“A friend and I were motorbiking along a highway at 100 km/h on India’s southern tip near Tirunelveli when a small truck travelling in the opposite direction suddenly turned in front of me without indicating,” he recalls.

“I slammed on both brakes but couldn’t stop, then a split second before I collided with the truck, I hit the ground and slid under its back wheel base and came out the other side, a bit like a movie stunt.”

In agony with no pain relief, he was rushed by ambulance to a nearby rural hospital for emergency surgery for internal bleeding from a lacerated liver as well as a fractured pelvis. A broken arm was detected weeks later.

“The doctors were great but the facilities were not so good,” says Broadbent.

Once his parents were alerted, his father flew to his son’s side while he recovered enough to fly home.

The ‘weird’ thoughts he had while on the operating table lingered during the fortnight spent in hospital, and it was during that time Broadbent decided to enrol in the master’s degree with the hope of making a difference.

“After I graduated, there were many areas of public health in Australia I could have worked in, but l wanted an environment that lacked opportunities. So, I went travelling again this time to Latin America looking for something I could sink my teeth into,” says Broadbent.

He soon found that in 2016 in Colombia, on the outskirts of Medellin in an area known as Comuna 13, which, until recent years, was considered among the top most dangerous crime-ridden neighbourhoods in the world. 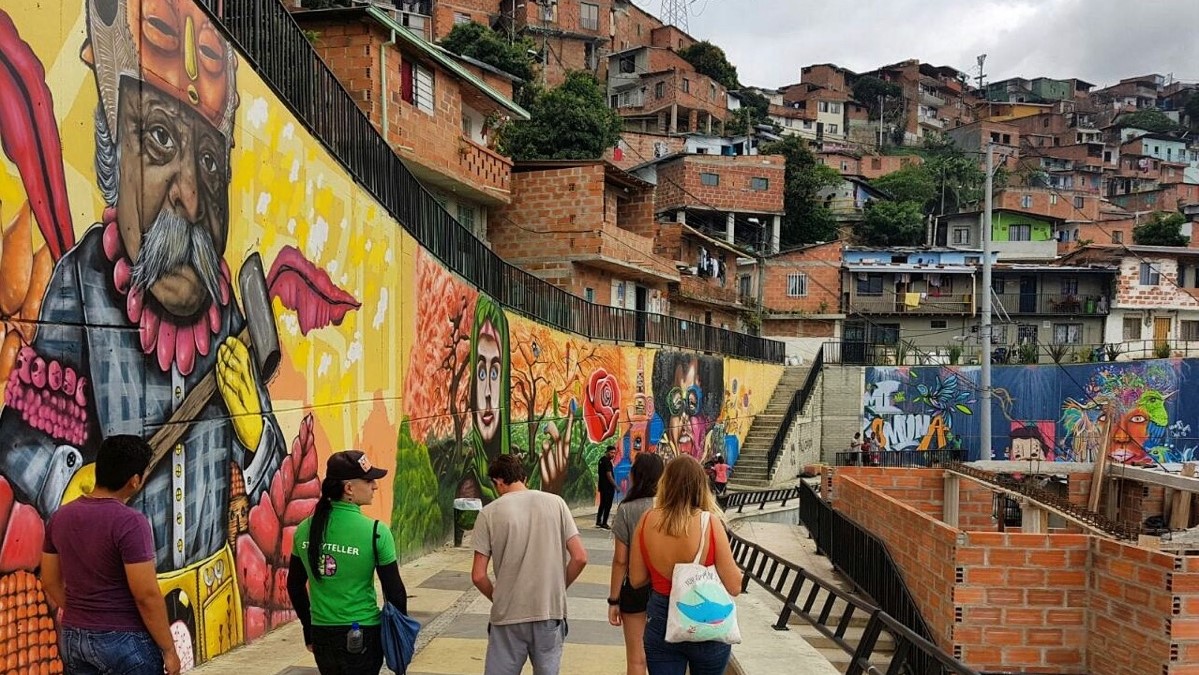 “The two words on everybody’s lips were ‘why there!’, even the locals thought it wasn’t safe,” says Broadbent.

“When we arrived, the community – including some of the people involved in organised crime – were initially suspicious. They’re not fans of government intervention but when they discovered we were there as independent volunteers to help, they gave us the okay.”

The vision was to teach English language and interpersonal skills required in the emerging tourism trade that had begun two years earlier when the world’s first electrical escalators for social purposes were constructed to connect the mountainous area of Comuna 13 with the city below.

Broadbent had originally worked with traditional education models in another foundation, but with his team he decided to transform the experience to be more sustainable, relatable and achievable.

He eventually formulated an immersive and contextualised experience, creating a learning community where teachers and pupils bilaterally shared language, life skills and culture. 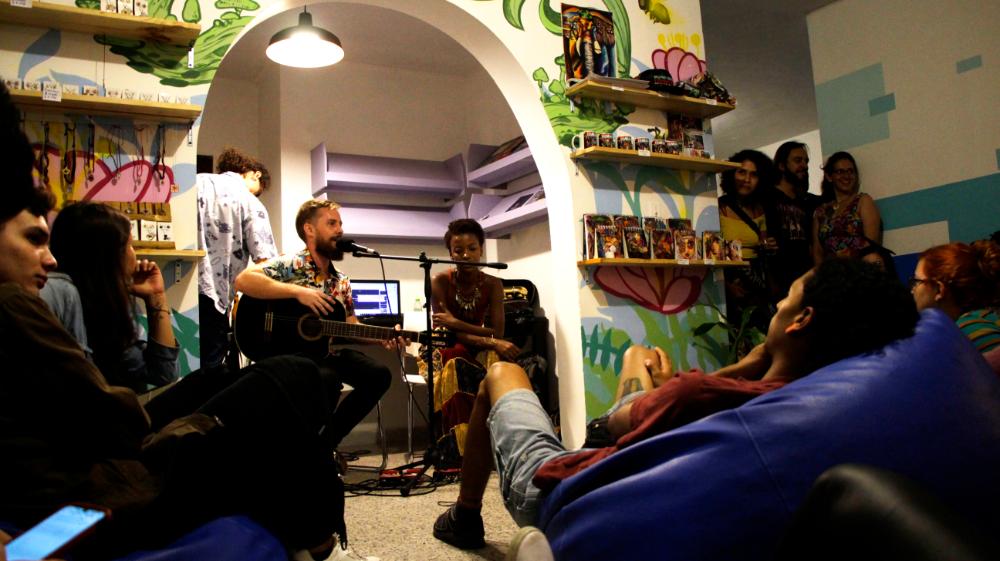 “Comuna 13 had already begun to transform by sharing its history through graffiti art so our skill set which included storytelling helped bring attention to local initiatives like cafes, break dancers and artisanal shops,” says Broadbent.

“Our pupils, empowered by their stories, got jobs as tour guides as well as in the service industry and international businesses.

“We soon became a social business where we were financially supported the program with paid English classes in other sectors of the city.”

Results were astounding, with a long list of success stories.

“We had one boy, Stiven, who at 16 was one of the toughest kids in the neighbourhood when he started. His family lived in an area of Comuna 13 where they witnessed constant gang fights and other vice right on their doorstep,” says Broadbent.

“After 18 months with us, Stiven went on to become a tour guide, and within four years was able to buy an apartment and re-locate his family. 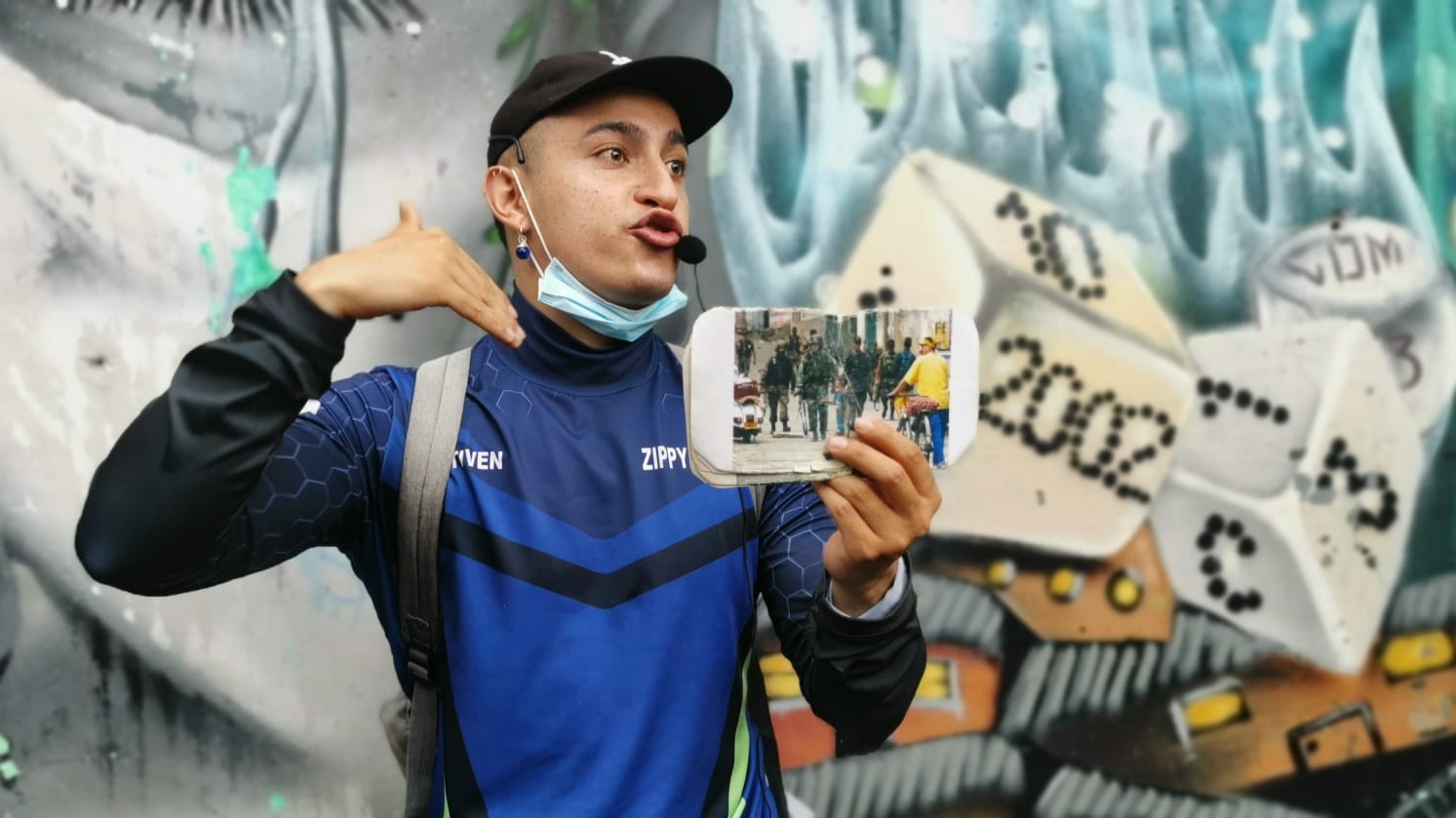 “There was also Juan from Santo Domingo who, after losing his father to territorial violence, connected with our project and became a storyteller tour guide as well as taking on other bilingual jobs.”

By the time Broadbent returned to Australia this year, he had spent six years building what continues to be an internationally-acclaimed program with a swag of awards.

“Looking back, my Masters in Public Health was the perfect choice because it gave me a community perspective of psychological and health promotional principles,” he says.

“That provided a solid framework to develop the program. Without that background I would have struggled.”

Broadbent retains executive ties with the program, but he recently started as a project lead at Everymind, a mental health institute based in Newcastle.

Everymind is dedicated to the prevention of mental ill-health and suicide through world-leading prevention programs and research.

Again, Broadbent has chosen a vulnerable community with complex issues, which sits comfortably with his appetite for problem solving.

He admits he is innovative by nature but realises he has to keep that in check.

“I’m only three weeks in with Everymind and I’m already asking questions like ‘what about this idea?’ or ‘what are we doing here?’,” he says with a laugh.

“I’m grateful for that wriggle room, but I’m also mindful I’m there to learn from a highly experienced team.”

Broadbent, who grew up in Tamworth, seems happy to be back home, close to family and friends.

“I have a long-term partner, and plenty of interests including hiking, travelling, cooking, yoga and travel,” he says. And, he admits sheepishly, he is still keen to get back on a motorbike.