In recent years, the cry to get more women into STEM (science, technology, engineering and mathematics) careers – and support them to flourish – has amplified. The Australian Government’s Advancing Women in STEM strategy stands beside significant action in schools, universities and businesses, all aiming to increase gender equity.

The UOW community is bursting with women making waves in STEM, paving the way for the next generation to confidently chase their dreams. 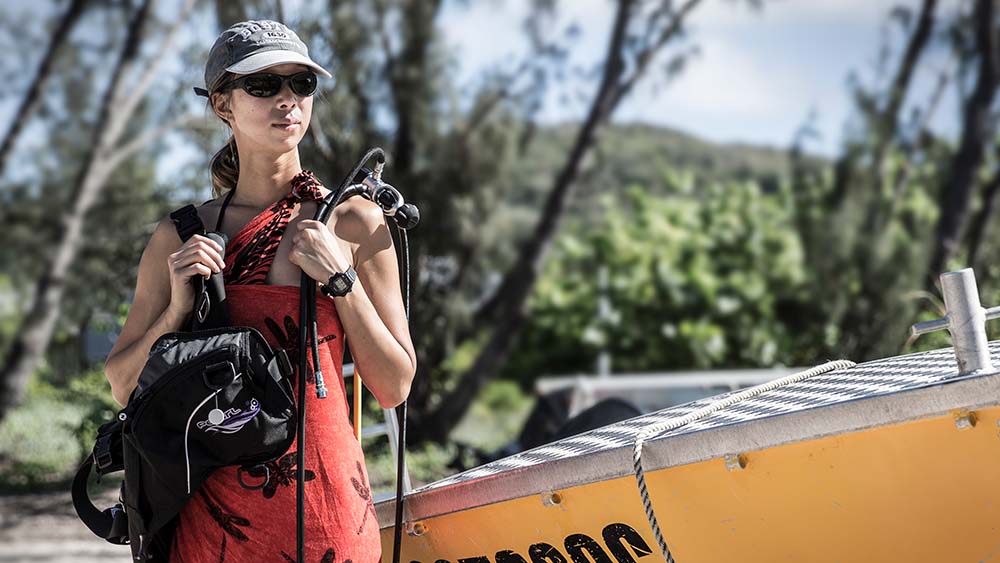 Life under the sea

According to behavioural ecologist Dr Marian Wong, a researcher and senior lecturer in the UOW School of Earth, Atmospheric and Life Sciences, we have more in common with fish than we might think.

“Many people don’t realise that fish have quite complex social structures, little societies that they live in,” she reveals.

“I’m asking what underpins these societies – why they form, how they’re maintained, whether individuals cooperate or fight with each other. There are so many parallels with our species. It’s fascinating to use relatively simple systems like fish to explain some of the more complex behaviours we see in humans,” Dr Wong says.

One of these correlations lies in the way fish use punishment as a threat within their social groups. “Dominants get access to mates, more food and so on, so there’s always this desire among subordinates to try to grow larger and become dominant. But they are punished by eviction from the group, and as a result they deliberately reduce their food intake to remain smaller and less of a threat. There are fundamental parallels with how punishment is used in our societies, such as driving within the speed limit to avoid a speeding fine.”

The marine biology specialist grew up on David Attenborough documentaries, captivated by the fish in her family’s backyard pond and snorkelling off the stunning beaches of her family’s native  Malaysia.

Her recent focus has been on how environmental stressors impact fish  behaviour  and  whether  their  sociality  influences  and enhances species’ resilience in the face of climate change. She leads a high-performing team of PhD students – primarily young women – in this work, relishing her role in helping them thrive.

“Supporting their progression – from being unsure of themselves to grasping the concepts to becoming leaders in their field – is, to me, the most rewarding part of what I do.” Dr Wong is one of only 60 Australian women selected for the Science & Technology Australia (STA) Superstars of STEM program in 2021/22, where she’s exploring new ways to engage broader audiences with her work and shift her mindset to achieve  her  goals.

“The mentoring and access to a strong network of women leaders in STEM is so valuable. There’s a big focus on how imposter syndrome can pervade your career and hold you back professionally and personally, which is something I’m working on with my students too.” 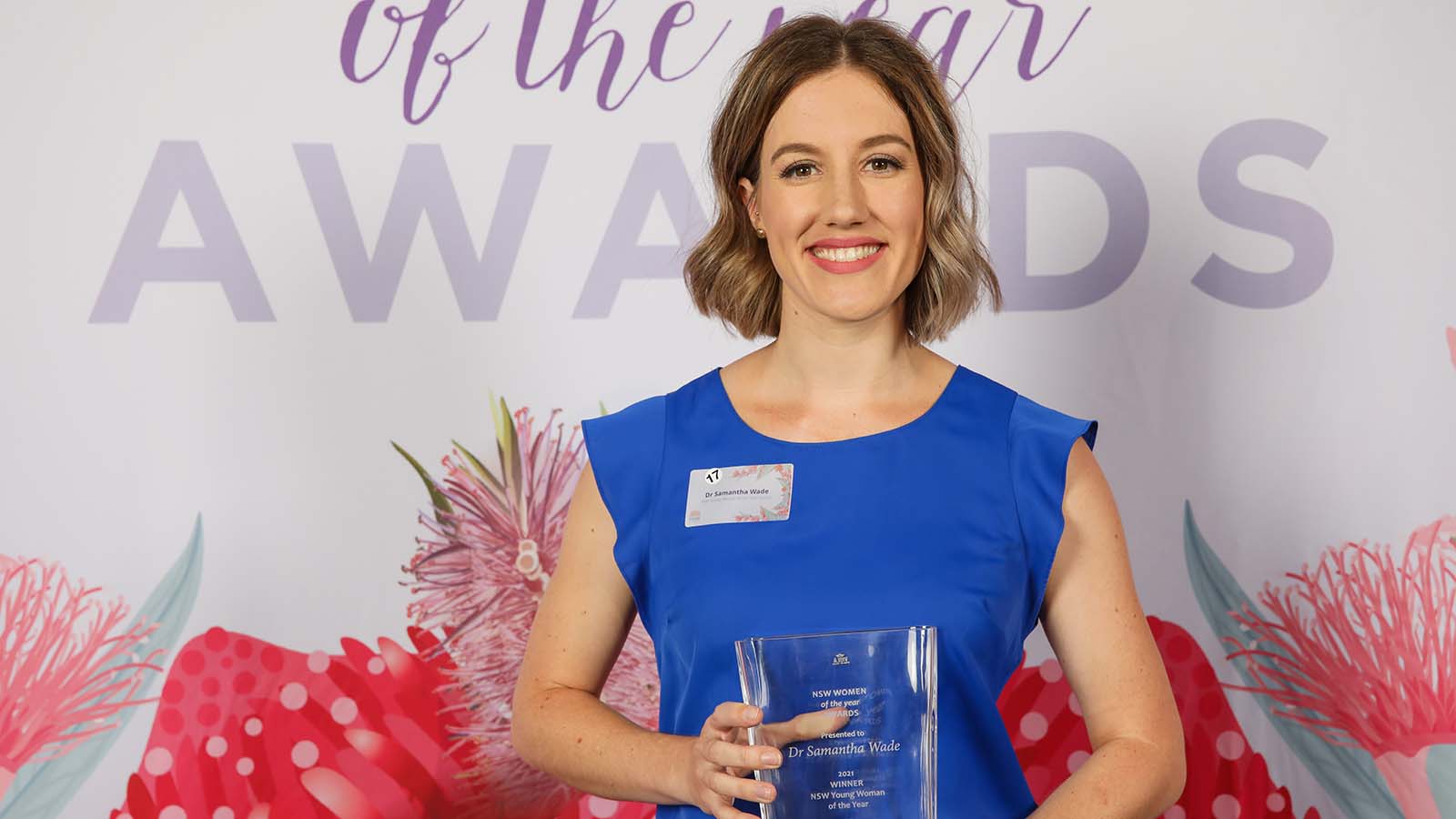 Taking the fight to cancer

Pancreatic cancer is notoriously difficult to treat, diagnosis often coming too late for even the slimmest chance of survival beyond a few months. Dr Samantha Wade is working to change the game, and with it, the odds.

Dr Wade is part of a UOW research team, led by Dr Kara VinePerrow, which is developing a novel implantable drug delivery device designed to shrink the largely impenetrable tumours from within.

“The only potential cure for pancreatic cancer is by surgically removing the tumour, but in 80 per cent of cases it has grown in and around blood vessels, rendering it inoperable,” Dr Wade explains.

“Conventional  chemotherapy struggles to penetrate these tumours because of the protective tissue surrounding it. Our device enables us to target tumours from the inside out, shrinking them to a point where a surgeon can remove them. It also reduces the toxic side effects associated with treatment.”

The multidisciplinary research draws on the expertise of cancer biologists at the Illawarra Health and Medical Research Institute in collaboration with oncologists, gastroenterologists and material  scientists.

Dr Wade joined the project for her undergraduate honours, staying on as a research assistant and then completing her PhD. The early career researcher, who in 2021 was named NSW Young Woman of the Year and secured a coveted UOW Prioritising Emerging Research Leaders (PERL) Fellowship, is committed to translating the research into clinical practice. One of the most significant barriers, she says, is funding.

“You need millions of dollars to conduct human trials, and because of this the vast majority of projects don’t make it to that stage. But because existing and novel pancreatic cancer therapeutics have a high failure rate, investors are hesitant to commit without data from human clinical trials.”

Currently at the preclinical animal trial stage, the device – roughly the size of a Tic Tac – offers great potential in tackling other difficult-to-treat cancers. The team is currently exploring applications in breast cancer treatment, and Dr Wade plans to use the PERL Fellowship to expand the scope.

“It will enable me to explore those side tracks, for example, whether we could apply the device in different cancer types. It offers independence to form and develop my own line of research.” 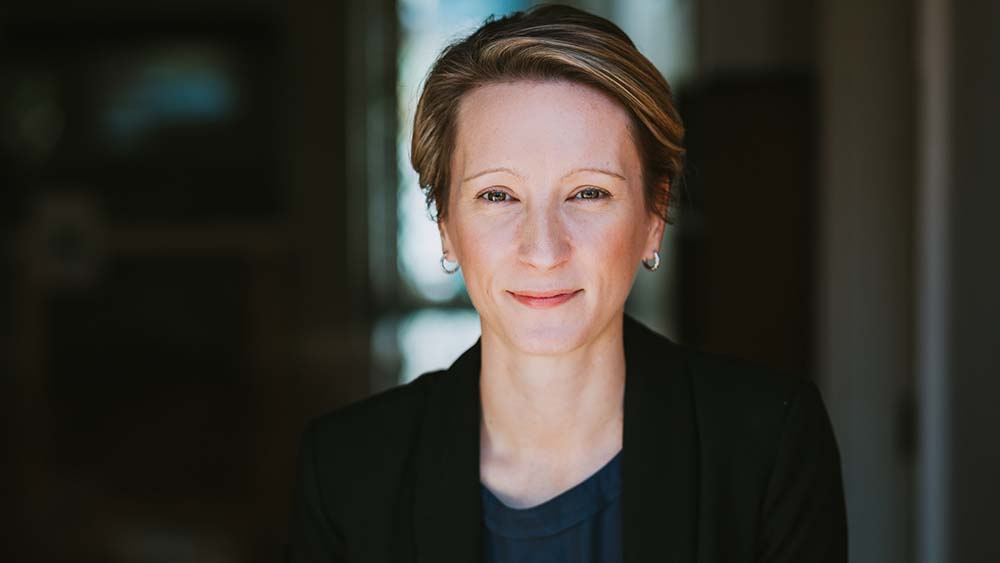 Light at the end of the tunnel

Urban progress often comes at a significant health cost to those on the frontlines in building the future. For more than 20 years, consultant engineer and certified occupational hygienist Kate Cole has worked to ensure health is as critical a focus as safety in our construction, demolition and tunnelling industries working on some of our nation’s most iconic infrastructure projects.

Her primary focus has been on controlling respirable crystalline silica, or silica dust, through a prestigious international Winston Churchill  Fellowship,  awarded  in  2016.  On  megaprojects  like Sydney Metro’s world-class transport system, where she is Acting Deputy Executive Director Health & Safety, this work underpins a vital legacy.

“Silicosis is an incurable, debilitating disease; I saw many succumb to it in my early years in the tunnelling industry,” Cole recalls. “My fellowship offered an international context to understand what we could do better as a nation to improve the health of our workers. To apply that on Australia’s largest public infrastructure project and see the positive impact it’s having, and the trickle effect throughout the sector, is incredibly rewarding.”

More recently, Cole – who is President-Elect of the Australian Institute of Occupational Hygienists – has provided critical expertise in the fight against COVID-19, shining a light on faulty and insufficient Personal Protective Equipment (PPE) relied on by frontline healthcare workers. Over the past 18 months, volunteering on several Federal and State task forces, she’s driven mandated changes in safety standards leading to dramatically reduced infections.

In May last year, Cole pitched a story on fake masks being used in hospitals. It made the front cover of The Sydney Morning Herald, triggering a massive Therapeutic Goods Administration investigation that found a significant number of respirators non-compliant. She’s since become the media’s go-to expert on airborne  respiratory  protection.

“Contributing to public debate and ensuring scientists’ voices are heard and that we’re not blindly following national guidance where it is deficient has  brought significant sector-wide improvements.”

As a woman in a traditionally male-dominated sector and a multi-award-winning global leader in her field, Cole – who was among the 2019/20 STA Superstars of STEM cohort – sees genuine momentum for change.

“We need more women in STEM out in the media contributing to public policy and debate; that’s how the next generation of STEM professionals will find their way and be inspired.”