The slow movement towards gender equality in leadership, politics and wages

The push for gender equality that was felt around the world in the 1960s was never going to be a simple process. More than half a century later, despite much progress, the pace of change appears to be failing expectations.

Awareness of gender equality is high, yet implementation to gain parity across leadership, politics and wages is slow.

Urgent calls to accelerate the closure of the gap are being made at the highest levels of advocacy, with the United Nations warning in recent statements that focus is needed to reach its 2030 target.

However, this now appears unlikely after the World Economic Forum released its 2021 Global Gender Gap report which predicts that goal is now 135 years away, a jump of 35 years on its last report due to the effects of the COVID-19 pandemic.

Theories on why progress has slowed vary among equal opportunity advocates and academics, as does the opinion on what constructive role men can play. 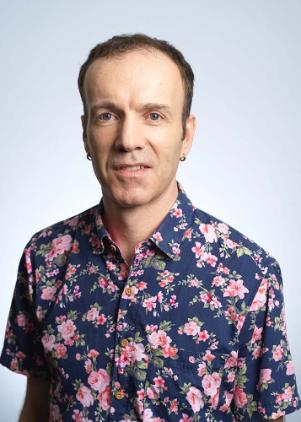 Former UOW researcher and lecturer in social justice Associate Professor Michael Flood led a 2020 study which sought to better understand how resistance and backlash, a common feature of any major social change, can impact poorly on gender equality.

Associate Professor Flood says the point of the Vic Health-commissioned study was to help private and public organisations to identify all forms of resistance and create strategies and policies to alleviate it.“In the case of denial, for example, let’s say I run a company and, in an effort to build gender equality, I tell staff we need to reconsider how we hire and promote people, and how we judge different candidates,” he says.

“One very typical response is for staff to say ‘there is no problem here’, and they will often offer an alternative explanation for gender inequality with an excuse like the reason why the corporate boardroom is 95 per cent men is that women are less ambitious or less skilled and competent.”

Associate Professor Flood says not all but most resistance is from men.

“They often feel defensive, particularly when it comes to domestic and sexual violence, and respond with things like ‘#NotAllMen!’

“But nobody thinks that,” he says.

“The violence some men do gives all of us a bad name, but men have a vital role to play in standing beside women to end that violence,” he adds.

“I’m heartened to see growing community support for men’s positive role in building gender equality ... we need to recognise the good in both men and women and to build on positive behaviours and relationships.”

UOW alumna and Engineers Australia CEO Dr Bronwyn Evans, who graduated in 1988 with a PhD in electrical engineering, believes consistent deliberate action is the key to cutting through resistance.

“Yes, some gender equality statistics are bouncing around, which means we have not yet reached critical mass in terms of sustained change. You can’t just address it once and leave it,” Dr Evans says.

“What I’ve observed when speaking with CEOs is you have to be relentlessly deliberate.

“I had one CEO say he looked at the gender pay gap and adjusted it over time. After a while, he looked at it again and found it had drifted back. That was because his company treated it as a one-off thing – it isn’t a one-shot effort until we get that critical mass.”

Despite some less-than-encouraging statistics, Dr Evans says the equal rights movement in Australia has a proud record of accomplishments.

“We’ve got a strong national and international narrative happening about good and valued leaders. Increasingly, more business leaders are asking ‘why would I deny myself access to 50 per cent of the workforce talent?’ because it just doesn’t make sense.”

The tendency for women to sometimes limit themselves is an issue Dr Evans believes is still a work in progress.

On his retirement in 2017, her PhD supervisor Professor Chris Cook lamented the fact his many efforts to raise the number of women in electrical engineering beyond 10 per cent had failed.

“They just don’t know how bloody fantastic it is to be an engineer,” Dr Evans says. “If you look at any four-year-old, they’re all engineers, constantly building things with whatever is around and always asking ‘why?’

“It might drive parents mad but that question is fundamental to engineering.

“I was the only female in my course at uni, but we were all mates because we were kids from Wollongong which is a pretty egalitarian place. We all had our strengths and we’d get around the duck pond and do our work together.”

On the issue of the male role in achieving gender equality, Dr Evans believes it comes down to convincing them of the benefits.

“A woman’s perspective brings invaluable experience to any decision-making process,”

“For example, I remember a Standards Australia committee meeting about sports stadium toilets. We were talking about toilet block dimensions and the men thought it was fair to have equal dimensions, until one of the women piped up to say, ‘Have you ever stood in line for a public toilet?’.

“She raised a valid point because when you think about it, women, unlike men, have to negotiate cubicles, and the process takes longer, so of course they need not equal but more toilets."

Effective law reform was and continues to be pivotal in closing the gender gap according to Dean and Head of UOW’s School of Law Professor Trish Mundy (main image).

“Up until then it was lawful to refuse women loans, mortgages and rental leases based on gender because they were stereotypically considered a financial risk – presumably because women were seen to be dependent on a primary male income earner, or unreliable because they might get pregnant and leave the workforce.

“Also important were the later changes to the Act that extended coverage to discrimination based on marital status and pregnancy,” Professor Mundy says.

Under the Act, the Australian Human Rights Commission (HRC) deals with all forms of discrimination. The percentage of sexual harassment claims has dropped by one percentage point over the past three years.

“It may be that employers are taking more seriously their obligations to provide employees with safe workplaces or we’re seeing the product of cultural and workplace change,” she says.

“However, I suspect it is more complex and may reflect the fact that making a complaint to the HRC not only takes emotional, mental and legal resources but also willingness to report. We know for many women, they just don’t feel able to report, think they will not be believed, or fear reprisals for doing so."

Professor Mundy maintains there is more that the SDA and other anti-discrimination legislation can do. For example, religious exemptions that exist under the act continue to permit discrimination on grounds of gender and marital status.

“While legislative tools are important in advancing social and cultural change, the slow pace of change arguably reflects the fact that fundamentally women still bear the bulk of the responsibility for unpaid care work. Until we can dismantle gender stereotypes around caring responsibilities, we will struggle to close the gap."