Supercharging the power of inclusivity

Lilian Kikuvi highlights the importance of engaging with intersectionality

Growing up in Mombasa on the east coast of Kenya, Lilian Kikuvi was never consciously aware of being a woman of colour. The colour of her skin was irrelevant and as far as she was concerned she was no different to anyone else.

Fast forward 20 years to 1999, when Lilian arrived in Australia to commence her tertiary studies, and her experience of humanity drastically changed. The UOW Psychology alumna had her first personal experience of discrimination and racial bias and it was then, for the first time, she realised she was black.

“I experienced overt racial discrimination and micro-aggression, comments like ‘oh you must be very lucky to be in this country’ or ‘you speak very good English – that’s very good for someone like you’, or the N word being used to refer to me. The first time it happened, I was quite shocked,” Lilian shares.

“I continue to experience these things today in different ways and at different levels of intensity … it’s something that I’m constantly challenged by.” Since moving to Australia, Lilian has observed institutional racism in the community – from higher unemployment rates for culturally diverse groups, as documented in the government’s Australian Labour Market reports, and an underrepresentation of culturally diverse women in top leadership positions, through to low representation of minority groups in the media, reported by Media Diversity Australia.

Sadly, it is these systems and practices that Lilian says serve as a constant reminder to her that people with a minority background may not really belong in Australia. This, coupled with her personal experiences of racism, have fuelled her resolve to drive change in the diversity and inclusion landscape. 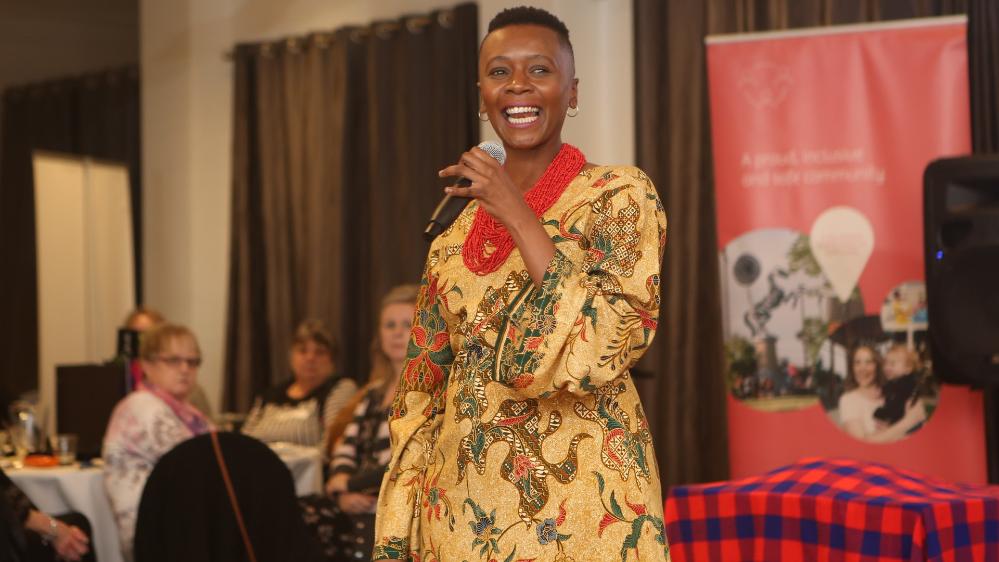 Lilian has worked across the public, private and not-for-profit sectors for 15 years where she leveraged her cross-cultural experience to manage various client portfolios that include government, insurance, medical specialists and an international speaking community. She then established her business as a Diversity and Inclusion Evangelist driving an important message through African inspired keynote presentations, workshops, consulting and coaching services.

It’s a path Lilian was always destined to walk. A social equality advocate in her formative years, she recently discovered her parents secretly referred to her as the “human rights activist” of the family.

But despite this, she became a very different version of herself in her initial years in Australia, in order to feel included.

“I completely masked my voice initially. I chose not to speak up, I chose not to shine the light on the issues of racial discrimination and bias and I felt very disempowered for a very long time,” Lilian explains.

“I had a few masks in my toolkit and that was my survival toolkit for a long time and I had to drop the masks after a while, they stopped serving me.

“They became a huge burden when it came to my health and wellbeing and when it came to the workplace as well, it was a massive disservice. So for me that was a big, big lesson and now I choose to use my voice to advocate for diversity and inclusion.”

Lilian uses her passion to help individuals and organisations to supercharge the power of inclusivity and says there is still a lot of work to be done.

“What I’ve discovered in my 22 years of being in Australia is diversity in many ways has just been reduced to a single thread; it’s what is visible to people such as race and gender.

“But there is much more that’s invisible, such as your thinking styles, your values, your religious beliefs. All of those things intersect in a way that is powerful. It’s really appreciating the complexity of humanity and that’s what I love about this work.”

With this seemingly limited perception of diversity a reoccurring theme, as the world has been starkly reminded with the Black Lives Matter movement, Lilian delivers a timely warning.

“The risk that organisations and communities face is actually reducing someone’s experiences to what they see,” she highlights.

“That is what I’ve seen in a lot of organisations – people are not engaging with intersectionality and as a result there are so many people being left behind.

“For example, when we talk about gender equality and gender progression, generally the women that benefit the most are white, non-disabled, cisgender, straight women.” 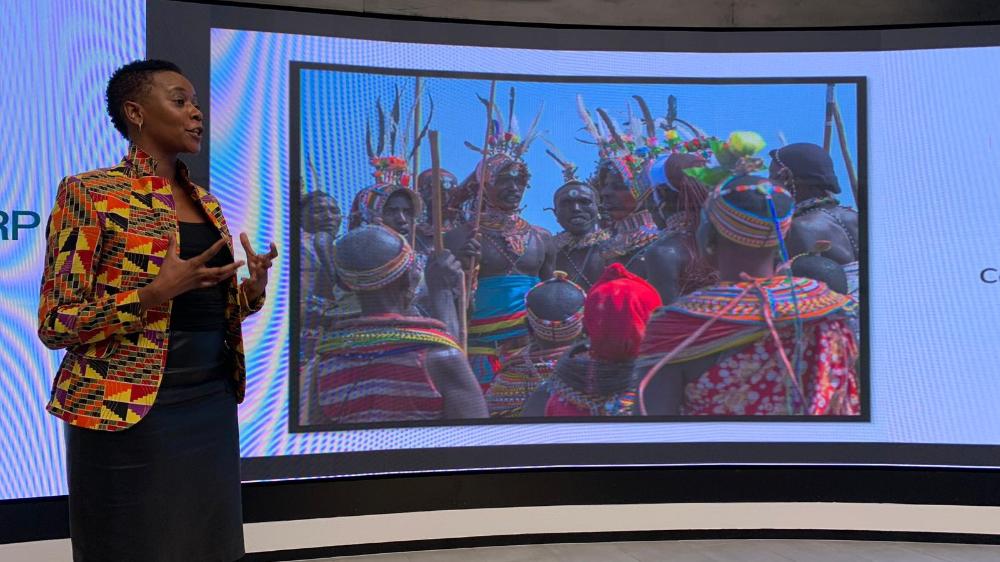 Lilian reports the sad reality is that when we fail to engage with intersectionality, we don’t address the gender inequality that may be compounded by other forms of disadvantage or discrimination that a person may experience on the basis of Aboriginality, age, disability, ethnicity, gender identity, race, religion, sexual orientation and other attributes. And this is supported by a large body of evidence.

“So that’s my passion, that’s my personal experience of intersectionality. Living it, experiencing disadvantage and understanding what that really means, has really fuelled that passion to help individuals and organisations see that, appreciate that and prioritise that, so they can maximise the power of inclusivity.

“Being part of a multicultural community has expanded my cross-cultural intelligence, allowing me to form incredible connections with diverse and open-minded individuals, and matured my world view,” she says.

As the world wakes up, all indicators point to a growing appetite, not only to embrace the need to have a diversity and inclusion strategy, but to ensure it is effectively implemented.

“There’s an understanding that diversity and inclusion is not just nice to have, it’s a business and ethical imperative,” Lilian says.

“Especially in light of Black Lives Matter and Aboriginal Lives Matter movements, as well as the Me Too movement, this has blown open the lid and exposed systematic barriers that exist for women and people of colour. There’s an expectation that the community has for organisations to step up and be part of the solution,” she says.

Being raised within an African tribal framework has shaped Lilian’s values and perspectives. This lifestyle was, as she puts it, “embedded in her DNA”. She applies much of this framework to her work – from the way the tribe is managed through to the contribution of individuals to enable optimum functionality of the tribe.

“I have chosen to adopt an African principle that I was raised by that is referred to as Harambee, which is a word from my native language, Swahili, that literally means ‘pulling together to achieve a common goal’.”

The Kenyan tribal culture places great value on what is good for the whole society, over what is good for one person. This collectivist mindset requires every tribe member to be an active player so that they can do what is best for the wider tribal community.

“What is powerful about the Harambee process is that to be an active player all you are required to do is show up and offer what you have to address the collective tribal needs.

“I approach my business with a Harambee spirit. I show up each day and offer what I have – like my lived experience, education, qualifications and professional expertise – to help individuals and organisations harness the gifts of diversity and inclusion.

These evidence-based gifts include improved health and wellbeing, boosts in productivity, enhanced performance and increased profitability,” she explains.

“Leadership intent can be demonstrated by setting goals, collecting, analysing and sharing data that is informed by intersectional experiences, and having sound accountability structures. Then you will start to see real change.”

Likewise, Lilian believes that taking individual responsibility can also be demonstrated by simply connecting, seeing, valuing and advocating for those that face discrimination and marginalisation.

“I strongly believe if we all adopt a collectivist’s attitude and mindset then we’ll start seeing real transformation.”