Your Fitbit may not just be measuring how many steps you take a day, or monitoring how well you sleep

The complexity of who owns the data being recorded by this piece of technology means that without proper safeguards, governments, employers and other stakeholders such as health insurance companies, schools and law enforcement agencies, could be able to use it to determine whether a person is fit for work or needs medical or psychological intervention.

UOW researchers Dr Roba Abbas and Professor Katina Michael have been at the forefront of global research into the social implications of technology and socio-technical systems for more than a decade.

And in 2020, with the global rollout of public health technologies, such as the Federal Government contact tracing app COVIDSafe, the concern over where personal data ends up, how it is used and by whom, has challenged the public in a way that it never has before.

Dr Abbas and Professor Michael say the rollout of the COVIDSafe app demonstrates that there needs to be more transparency around public health technology for the wider community to believe in its efficacy.

“There was insufficient clarity in the messaging and marketing around the implementation of the COVIDSafe app, and initially there was a sense of ambiguity around the legislative framework that would accompany the app’s deployment. This highlighted the importance of public trust [in the government] in the dissemination of information and the deployment of these kinds of apps,” Dr Abbas says. 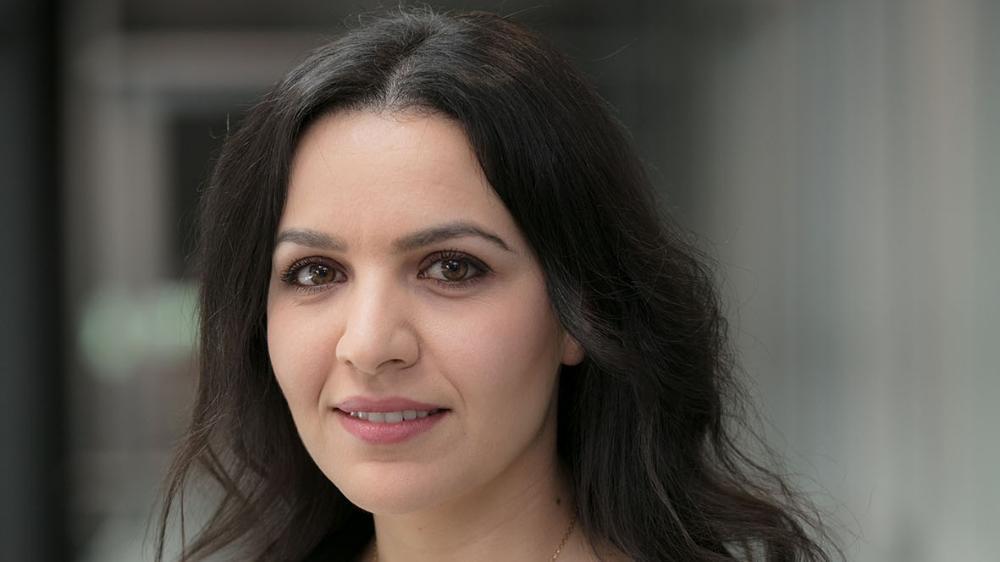 “The technology itself should not be considered in isolation or as the primary indicator of the success or failure. Rather, it is the supporting legislative and socio-technical framework and openness from the government [that matters]. For COVIDSafe, the public was concerned about privacy and the accessibility of source code, information that was not made available initially.

“The roadmap from proof of concept to implementation of this kind of public health technology differs from one app to the next.

From experience, regardless of the context in which [technology] is rolled out, if there is no due diligence and consultation, it will not work well,” she says.

With a new phase of mobile government apps being rolled out globally, Dr Abbas says there needs to be a redefinition of the laws that govern them, as well as those that apply to mobile commerce value chains – a business model that describes the full range of activities (and stakeholders) is needed to create and deliver a product or service, comprising the steps involved in bringing a product from conception to distribution.

“This is resulting in much more complex socio-technical structures. It’s like a dynamic ecosystem and the challenge is in how we infuse the entire process with this notion of constant communication and coordination.

“Lessons can be derived and directly applied to telehealth. There has been a depersonalisation in healthcare [during the pandemic] and changes in the socio-technical dynamics.

"Beyond this pandemic we need to pause and reflect how technology like this is going to be used in the long-term – it needs to be clarified with a timeframe and context that is not specific to the pandemic."

“We need to reflect on what telehealth may look like in the future – not just in an operational sense, but to the public.

Groups not generally represented in these consultations and discussions need to be engaged in order to articulate how specific technologies and related services will be utilised and the manner in which the ensuing challenges, such as depersonalisation, will be addressed.”

Professor Michael says there is a “pacing problem” in emerging technologies, as next generation services outstrip existing laws and regulations.

“We can start by creating enforceable standards to which companies abide by in lieu of laws,” she says.

“One can easily see the potential for these public interest technologies to be used as de facto hygiene certificates so we can get the economy going again. But despite wanting to shortcut the time it will take for society to get back to functioning as close to normal as possible, what we’ve witnessed is a timespeed-distance misalignment. While we have the broadband networks, we don’t have the commensurate processes nor the reach, so things like telehealth are not as satisfying as face-toface encounters and still have long waiting periods. This is the challenge of society undergoing a digital transformation all together at once. We are constantly playing catch-up.”

It was this problem of speed versus process which confronted Me3D – a specialist 3D printing company and software provider co-founded by a team of UOW graduates.

Prior to the pandemic, Me3D was working with schools, introducing students from age six and up to 3D printing and its associated software. But when schools shut down and a call went out from health professionals in Wollongong for more Personal Protective Equipment (PPE), the company refocused its expertise.

Co-founder Matt Connelly says he had been making PPE for his sister, a radiographer, to meet the needs of her and fellow staff when the pandemic started. So when the call came in for more face shields, everything was already in place.

“The first prototypes were ready within hours and we had reasonably optimised the design in about a day and a half,” Connelly says.

“Our software made it easy to produce the shields. We were able to quickly set up a manufacturing cell – we had about 50 machines in our own cell and sent designs out to other schools with 3D printers. We were making face shields not just for health workers but for community groups like Meals on Wheels.”

At the peak of the pandemic, the Me3D team was making around 2000 face shields a day. Although demand decreased after the first New South Wales lockdown, Connelly says Me3D is still producing the face shields for groups that specifically like their design and they ramped up to producing around 300 a day during Victoria’s second lockdown.

“Certainly, manufacturing is easier than it was 20 years ago, but there has been a great change in the expectation of customers. It is not beyond comprehension that we will now see prices increase dramatically, not due to the virus but the supply chain. Shelves in places like Kmart will be empty because it is not economical for those businesses to sell those kinds of products anymore.”

Me3D was hoping to continue running its small factory for PPE and engage a high volume manufacturer to take on the bulk of the production, but Connelly says before they were able to do that, the NSW Government had outsourced the manufacturing process overseas.

“We were looking at an investment of around $65,000 to do it, but we just couldn’t get it across the line with NSW Health because we are still at the mercy of these complex supply chains,” he says.

However, the team is still manufacturing PPE equipment for health workers on the frontline.

“We are now making an ear-saver that fits on the back of a face mask to pull it off the back of your ears,” Connelly says. “It’s a design that is used around the world but we designed our own simple one that takes about two minutes to produce. We’ve made a few thousands of those and given them away.”