Our graduates facing environment and societal issues head on

UOW alumni across the globe are making it their personal mission to tackle some of the world’s most prevalent environmental and societal issues, one United Nations Sustainable Development Goal at a time. 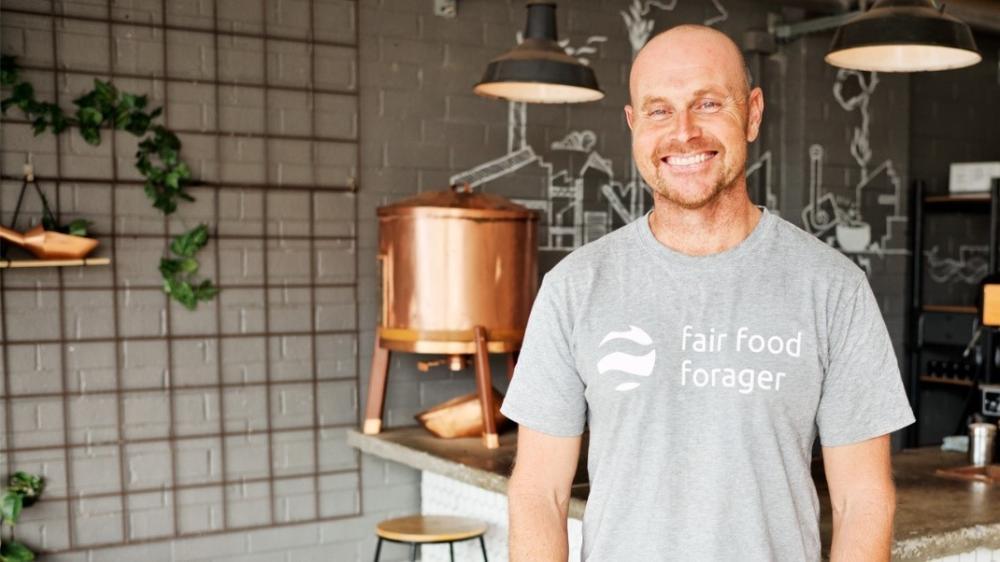 Paul Hellier
Founder of Fair Food Forager and Co-Founder of The Peloton Against Plastic
Bachelor of Science (Environmental), 2014

Paul Hellier is an environmental scientist, entrepreneur, writer and film producer. He is the Founder of Fair Food Forager, an app to help consumers discover where their food comes from, reduce plastic and support local growers and producers. The community generated content has over 6000 listings from more than 20 countries, giving consumers the power to make an impact with where and how they spend their dollars. “I knew I needed to do more than just clean up rubbish off my local beach, and I felt technology could play a part in that”, says Hellier of the app. “It’s all about convenience, making it easier to align your purchasing decisions with personal sustainability values”.

Fair Food Forager is more than just an app, it is a movement; one that artists, celebrities, businesses and individuals are stepping up to join, promoting fair products, venues and a conscious lifestyle. The app has its own social feed that allows ethically minded users to connect, share ideas, solutions and environmental appreciation, while learning from each other and inspiring change across multiple areas of environmental interest.

He also has a podcast called ‘The Fair Food Forager & Friends Show’ where he interviews environmentally-minded guests about helping our planet and what motivates them to do so. In 2018 Hellier also co-founded, with Jamie Lepre, The Peloton Against Plastic. Together the pair cycled around Vietnam, Cambodia and Thailand on a mission to spread the message about avoiding single-use plastic. The Peloton Against Plastic documentary focuses on finding positive solutions in beating plastic pollution.

Collectively the film, the podcast and the app are about highlighting solutions and focussing on what we can do to make the world a better place. Paul says “I believe we can make a big difference if we work together and inspire each other with what is possible. We know there are environmental issues, so what are we going to do about it?” 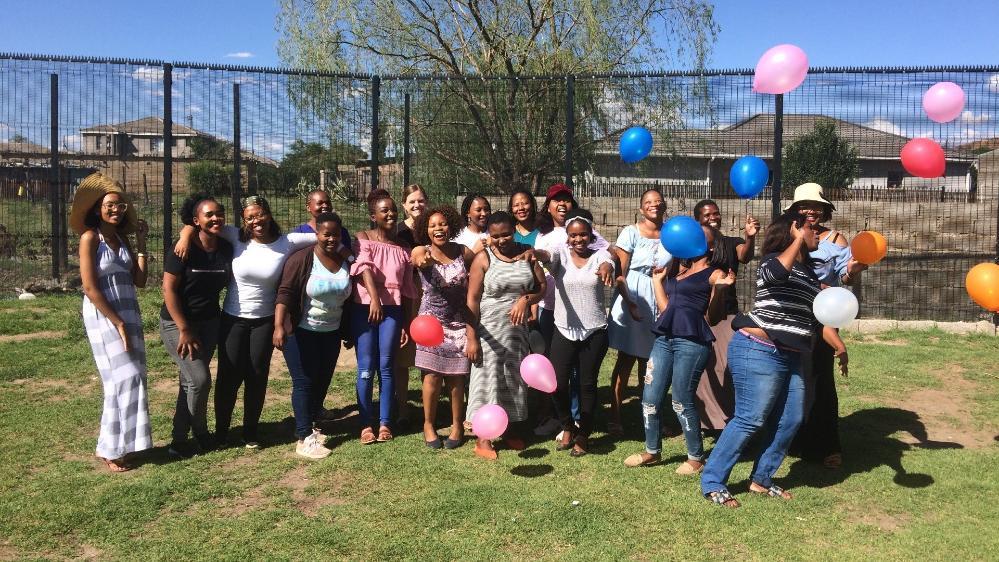 The independent nation of Lesotho is land locked by South Africa and crisscrossed by a network of rivers and mountain ranges. While working for Australian Volunteers International in the capital Maseru, Belinda Groves couldn’t help but notice the number of children living and begging on the street during her daily commute. Over the next 18 months Belinda immersed herself in the street, seeking to identify the causes of child homelessness in the Lesotho context. This journey compelled

Belinda, together with her husband Josh, to start Sepheo, an organisation that identifies, reintegrates and educates children living in extreme poverty.

Sepheo is the local Lesotho word for ‘purpose’. The belief is that all children are born with the capacity to contribute, but circumstances like orphanhood, violence and extreme poverty relegate them to survival, never reaching their potential.

Many of the children on the streets of Maseru are orphans due to HIV, death or family breakdown. Stuck in extreme poverty some are expected to make money for their families in outlying villages, turning to odd jobs and crime as a means. Disease, malnutrition and violence are an everyday occurrence.

Students who attend Sepheo School receive not just an education but a holistic program of support to rehabilitate them psychologically and physically. Students receive free transport to and from school each day, a primary school education with small specialised classes and tutoring groups, two meals a day, counselling and medical care. Importantly, every child is reintegrated into a family, building on the strong communal protections inherent in Basotho culture. Social workers support both the child at school and their guardian/s at home.

Sepheo’s success is overwhelmingly due to its tailored design and local delivery. Sepheo comprises 25 Basotho staff and volunteers who are best placed to use existing community structures to secure long-term outcomes for the children who attend Sepheo School.

In the last five years the work of Sepheo has reduced the number of children on the streets of Maseru by 95 per cent. “In the long term we would like to take the successful model implemented through Sepheo and expand its principles to other cities, while continuing to take into account the local customs and culture of that area”, Groves says. 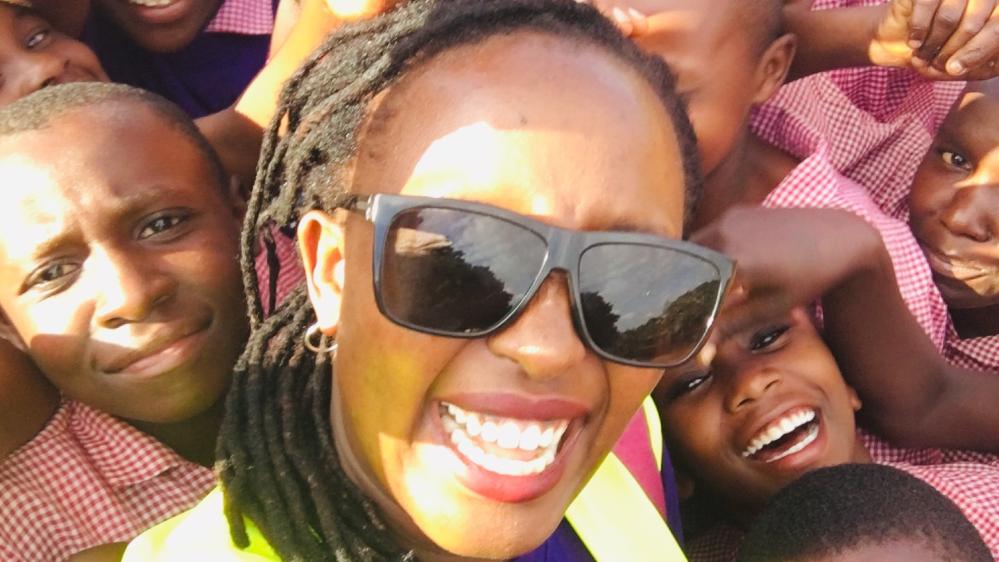 “In the Global South there is a huge issue of waste management” Solitei explains. “But there is also the opportunity to turn waste into economical outcomes”.

Following grassroots innovators in Kenya, Solitei has been able to draw a line between circular economies and local cultural practices.

In Kenya there is a local term ‘jua kali’, meaning, ‘getting it done’. Jua kali fits well with the concept of a circular economy, as it deals with how an item of waste at its end-of-life may re-enter the production supply chain with minimal energy or cost expenditure.

“These sorts of culturally embedded practices are occurring, and locals are driving this innovation, but it is not always well documented”.

During her research in Kenya, Solitei was able to identify many prime of examples of where this type of innovation can benefit both the environment and resource constrained societies. “Plastic waste was recycled into street lights by a group of local grassroots innovators, which were then purchased by the government to line public spaces. The need was filled, jobs were created and waste was reused”.

Plastic, glass, MDF and food waste are among the largest culprits seen across the globe.

“Often there is not legislation to support waste procurement. But while companies are still paying hefty waste management and removal fees, there is the opportunity to review current processes, embed green supply chain principles, reduce landfill, create jobs and develop social enterprises,” she says.

Solitei believes that as well as in the Global South, there is a lot of opportunity for smaller and ‘up and coming’ towns, as they have more freedom to get their waste management processes under control now and scale up as they grow.

“My goal is to develop a business model that can be applied within developing countries, and growing cities and towns- having said that, waste is a global problem”. 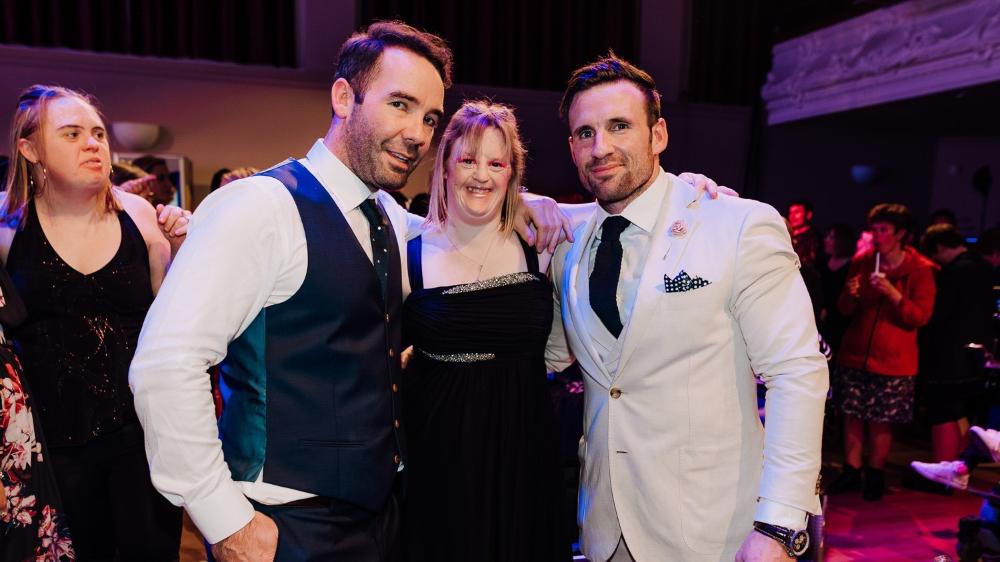 Before he was Global Medical Director for Laser Clinics Australia, New Zealand and United Kingdom, UOW alumnus Jonathan Hopkirk was once a part time DJ. Taking his older sister along to his gigs for the ride, it was obvious that the dance party environment sparked something special in

Rosa, who was born with Down Syndrome. The idea of a (dis)ability social events organiser was formed and Dance For Abilities (DFA) was established.

“We carefully cater the environment to the needs of the ‘groovers’ to minimise vulnerability. This includes adjusting lights and music, as well as having ‘out’ areas where they can go for a break,” Jonathan explains.

DFA is now based in both Sydney and Auckland and focuses on providing equal socialising opportunities to those who may feel segregated from other social events, supporting good health and wellbeing through personal connection, friendship, love and most importantly fun.

“There has been an overwhelming resonance with DFA. Over the years we have learnt the stories of, and built friendships with, the ‘groovers,’” he says.

“Fourteen DFA models strutted their stuff in a Living Colour Fashion Show representing some of NZ leadings brands and designs. The goal was to raise awareness around the importance of inclusivity and confidence”.

DFA and some of it’s ‘groovers’ were also recently featured on the first season of the series Love on the Spectrum.