Finding a pathway to success

A fascination with science and a desire to make a difference

When Associate Professor Dr Martina Sanderson-Smith joined UOW as a young science student, she wasn’t clear of the path ahead. But that certainly did not impact her rise through her field to esteemed Senior Research Fellow in the School of Chemistry and Molecular Bioscience, Molecular Horizons.

“I had no idea what a PHD was, nobody in my family had a PhD and I didn’t know anybody with one,” Dr Sanderson-Smith recalls humbly.

It was following her natural curiosity and a desire to find answers to her questions, that led her to study science.

“I’ve been interested in infectious disease since primary school,” she says. “We had to do an assignment about a natural disaster and Mum said go and look up the black plague in the Encyclopaedia Britannica. I don’t know why, but I spent a whole rainy Saturday poring over these pages.”

At an early age, Dr Sanderson-Smith was equally curious about humanities and science.

“The historical and cultural implications of it [the black plague] fascinated me,” she says.

“As a kid it touched on all the things that interested me – people, disease, communities – and I’d spend time inventing medicines, potions and inventing experiments with plants.”

Dr Sanderson-Smith could see that infections were a big problem in many countries around the world, particularly for children, and her internal drive to make a difference was sparked by her fascination with science.

“I loved my undergraduate honours project and was really interested in answering the questions that I’d started to explore. The only option really was to do a PhD.”

Her questions delved deep into Group A streptococcus, a type of bacteria that causes high rates of serious infection globally.

“I didn’t have much of an idea of what it meant in terms of career paths,” she says about her focus on understanding why some isolates of Group A streptococcus are more infectious, and cause more severe diseases, than others.

“It gave me the opportunity to work in a big team, to collaborate, to meet people who are really passionate about the same things as me. Also, I got to meet people impacted by these infections, to talk to the people I was trying to help with my research, which I found really valuable.”

Today Dr Sanderson-Smith is a leading academic responsible for a team of researchers as well as supervising students, while advancing her scientific and scholarly work. It’s an important role and she manages to balance it with the demands of raising two children.

“My two kids are very good at reminding me when I need balance,” she says. “Recently my five-year-old daughter gave me a stern talking to when I said ‘I need to finish something’ and she said ‘Mum, the most important thing is that your children are okay – scientists are supposed to know things, you should know that’.”

The birth of her first child collided with a major turning point in her career.

After a year-long fellowship in Germany, Dr Sanderson-Smith had returned to UOW to pursue post-doctoral work. When she found out she was pregnant, her boss announced he was moving. She was at a crossroad – should she relocate, continue her scientific work or retrain entirely? 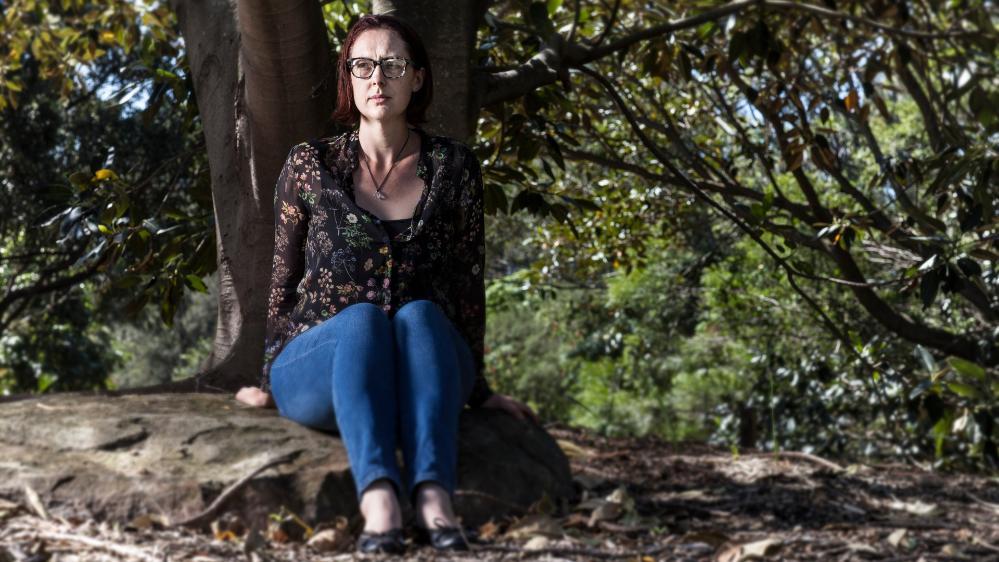 A turn of events shifted her trajectory. She had a project that she really wanted to get off the ground and her boss encouraged her to submit a grant application to fund the project and cite herself as chief investigator.

“He was incredibly supportive, he said ‘you need to develop your independence’, so I submitted it.”

One week prior to maternity leave, Dr Sanderson-Smith was awarded the grant. In hindsight, it was destiny.

“It was serendipitous, it just happened at the right time,” she says. “It meant I could come back from maternity leave and fund my salary and help build my own group of researchers at UOW.”

UOW gave her fertile ground to develop her own reputation. Being a younger university, there was space for her to grow, do her own thing and become independent in her approach.

All of a sudden Dr Sanderson-Smith had a baby at home and a new ‘baby’ research team at work.

“It was a big juggling act and a huge learning curve,” she admits. “I made mistakes and there’s things I’d do differently in hindsight.”

Fast-forward to 2020 and Dr Sanderson-Smith’s path is pertinent. At the forefront of her field, she claims her long-term collaboration with several clinicians keeps her motivation high. These clinicians deal with children who have infections on a routine basis.

“They do a really good job of reminding me that this is important. Maintaining connection to the people with serious infections keeps me motivated.”

Her advice to younger female graduates is to build a supportive network and find a place that supports you to thrive.

“I had, and still do have, a really supportive network of senior women and peers. There’s some very generous, supportive women – and men – who advocate for women in STEM.”

Dr Sanderson-Smith’s fascination with science is woven tightly with an understanding of people’s suffering.  Pursuing her own path, and changing the system from within, has reinforced her success.

“We’re given a particular definition of success and told that’s what we have to be, or do, to be successful.

“But the most successful women I know have had to find their own version of success. They’ve had to say ‘I’m not going to do this the traditional way, the way I’ve been told - this is what my success looks like’ and that’s what they pursue.

“I strive not for what everybody else says success is, but what success is for me.”