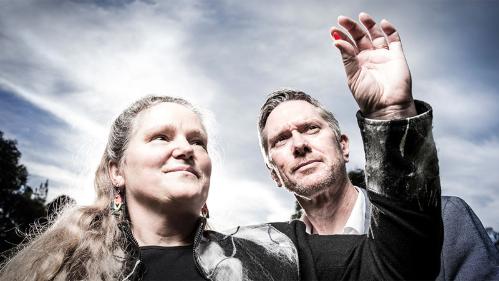 Could the panacea to a host of mental health and behavioural issues rest not in our heads, but on our plates?

When it comes to mental health and behaviour, the brain has long been thought of as the primary therapeutic target – with mixed results and often undesirable side effects. But a growing body of evidence suggests that our diet and gut microbiota could play a much bigger role than first thought.

“Take schizophrenia, for example. Since the first antipsychotic medicine was discovered by accident in the 1950s, there has been a multitude of important research conducted but despite these efforts by scientists and clinicians, we still don’t have an effective cure or treatment, we can’t yet prevent it, and we still don’t entirely know why it occurs in the first place,” she says.

“What we do know is that there are imbalances in the brain, particularly around chemical signalling. In the last couple of years, there has been an explosion of research showing that the bacteria in our gut can actually secrete neurotransmitters, the same chemical signals or language that our brain cells use to communicate with each other. And that’s an incredibly profound concept; what if, after all these years, we’ve been looking in the wrong place?”

In the last couple of years, there has been an explosion of research showing that the bacteria in our gut can actually secrete neurotransmitters. 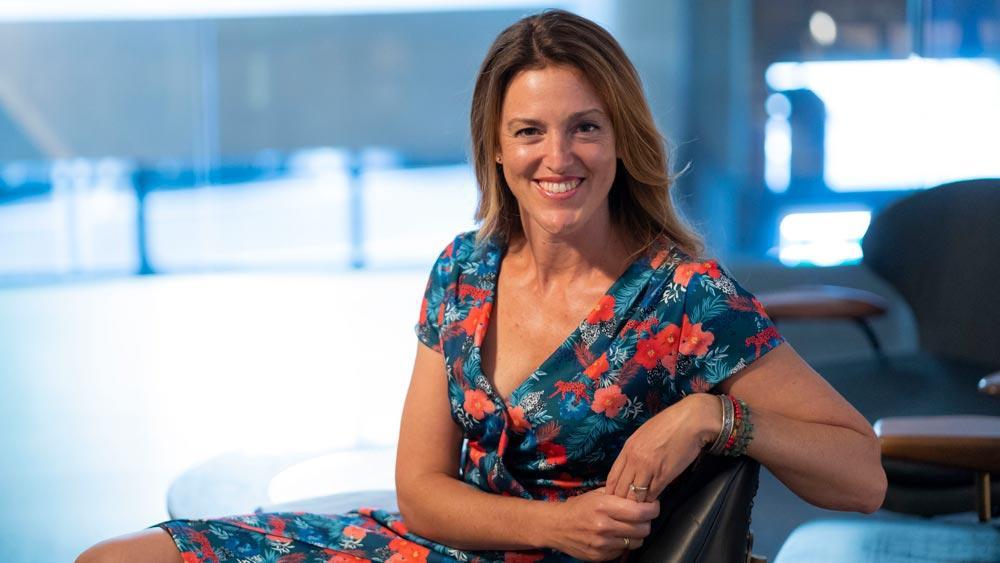 The earliest recorded bacterial fossil dates back to around four billion years and scientists now estimate that there are around 1,000 distinct species residing in the human digestive system. Though the relationship between bacteria and host is incredibly complex, a fundamental role for microbiota in human health seems entirely plausible considering their cells outnumber our own at a ratio of 10 to one.

“We carry an estimated 100 trillion micro-organisms around in our gut alone, and our microbiota make up one to two kilograms of our body weight,” Dr Green explains.

“Research has not only shown that they secrete neurotransmitters but hormones and short-chain fatty acids too, which can have either beneficial or negative impacts on the brain. If these bacteria, being so abundant and such an important component of who we are as human beings, are able to secrete these signals then they potentially play a significant role in brain dysfunction.”

The guts of the issue 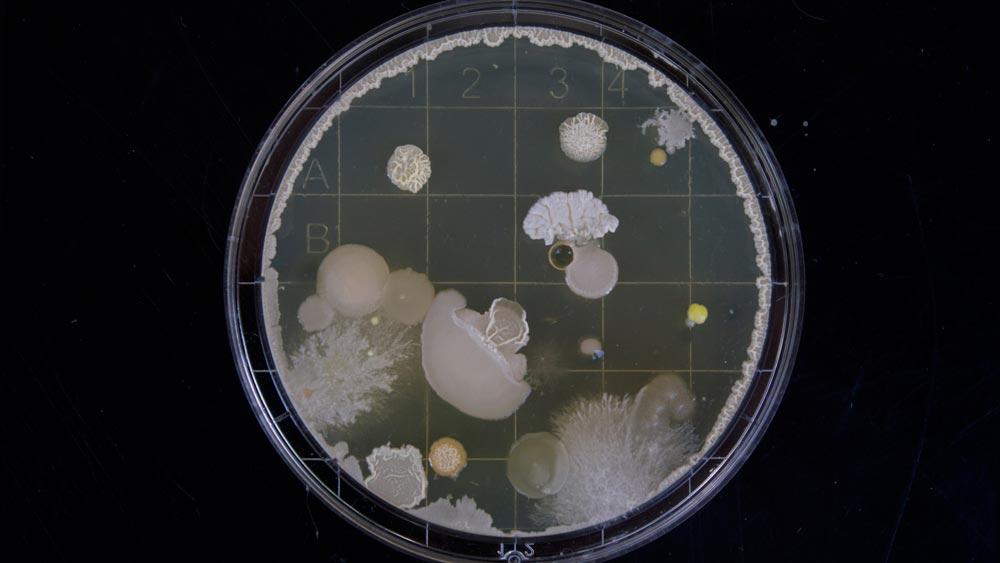 Green and her team are working to advance understanding of the role of gut microbiota in mental illness, and on cognitive function in particular. Her current study is the first of its kind globally to link gut health and cognitive function in psychiatric illnesses, which Dr Green says could be the missing link underpinning conditions like schizophrenia.

“In schizophrenia, patients often present with the positive symptoms, such as hallucinations and delusions, but research is showing that the cognitive symptoms manifesting as learning and memory issues actually occur much earlier, so cognitive dysfunction could be the initial brain imbalance,” she explains.

“By linking changes in brain function or dysfunction and what the microbiota profile looks like during this time, we could potentially open a new pipeline of therapeutics that might help us better treat a range of different brain illnesses.” 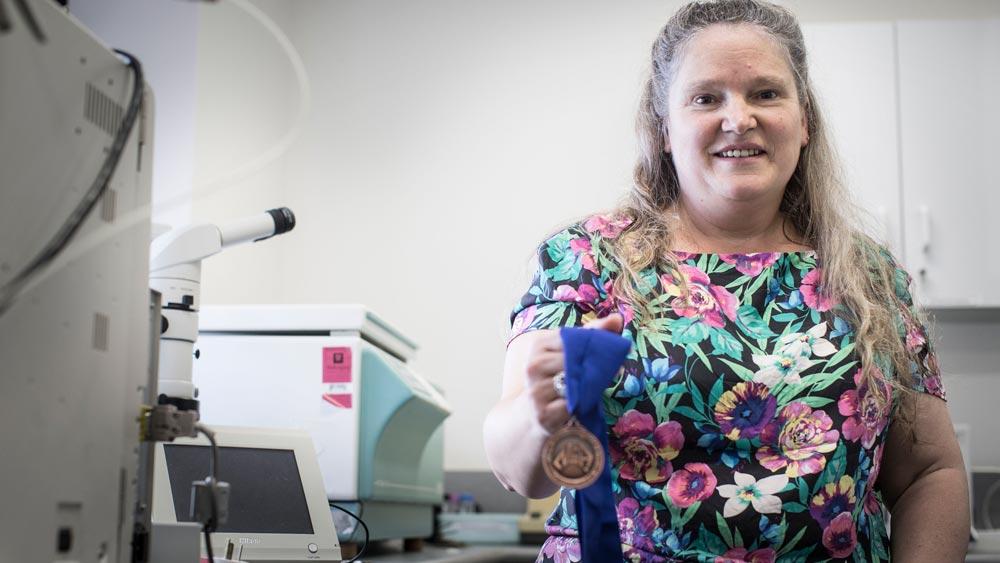 A flurry of recent research has shown probiotics to positively impact a range of conditions, from depression and anxiety to obesity and Crohn’s disease. But it may not be as straightforward as a daily dollop of yoghurt or a broad-spectrum probiotic supplement.

“It’s only in the last couple of years that advances in technology have allowed us to image the gut microbiome accurately down to the minute species level,” Dr Green explains.

“Knowing where the imbalance lies is critical; targeting a species at the highest point of imbalance will offer a greater chance of success, or you might actually create an imbalance by altering at the wrong level.”

So, is personalised treatment based on an individualised microbiota profile the next step? Green says that while it’s not beyond the realms of possibility, it’s still a way off.

“But to be able to treat and cure mental illness by restoring balance to bacteria, that’s the hope for the future.”

The good oil: tackling inmate aggression
An act of aggression is often what lands inmates in prison, and institutional violence can make it difficult to step back and break the cycle. According to Professor Barbara Meyer, the simple, cost-effective act of supplementing omega-3 levels could turn aggression and attention deficit behaviour – and countless lives – around.

“Omega-3s work to enhance cognitive function, effectively building capacity for people to consider the consequences before they act – so before they king-hit someone with potentially catastrophic outcomes,” she explains.

“Inmates anecdotally reported improved concentration and focus and being less frustrated. Demonstrating that this research could be conducted in a prison setting opened the doors to a much larger study across multiple centres.”

The placebo-controlled study spans six correctional facilities in New South Wales and South Australia. Correctional Officers seconded to manage the project at each site will administer algal oil – a rich, vegan-friendly source of omega-3s – to participants over a 16-week period and measure their behaviour against the novel Inmate Behaviour Observation Scale, or IBOS, developed by UOW clinical forensic psychologist Professor Mitch Byrne, for the project.

In addition to showing efficacy of omega-3s in reducing aggressive behaviour, researchers will measure impact on attention deficit disorder, depression, anxiety, impulsiveness, and engagement in and outcomes of rehabilitation programs. It will also track recidivism – whether or not an inmate returns to prison within two years of release.

Though it will be two to three years before full data is in from all six centres for analysis, Professor Meyer has her sights firmly set on informing policy and practice to deliver significant cost savings and societal benefit.

“We’re creating a framework for national incorporation of dietary supplementation within prison systems, backed by an inmate education program on the benefits of omega-3s to encourage them to maintain intake post-release.

We also want to drive treatment practices and policies to overcome obstacles to continued adequate ingestion of omega-3; for example, through Medicare subsidisation of supplement costs.”