Bring it back to Earth

Think of space and what comes to mind? Missions to Mars or the Moon, and searching for life on distant planets.

But don’t forget the many space missions which are designed to help us understand more about our own planet – the thousands of satellites flying high overhead, beaming data back to Earth. Meanwhile, other spacecraft are testing new technologies which might find their way back to us through unanticipated applications.

As Australia launches into the space race, meet three UOW scientists who are intent on bringing their space research back to Earth.

Making sense of all the data 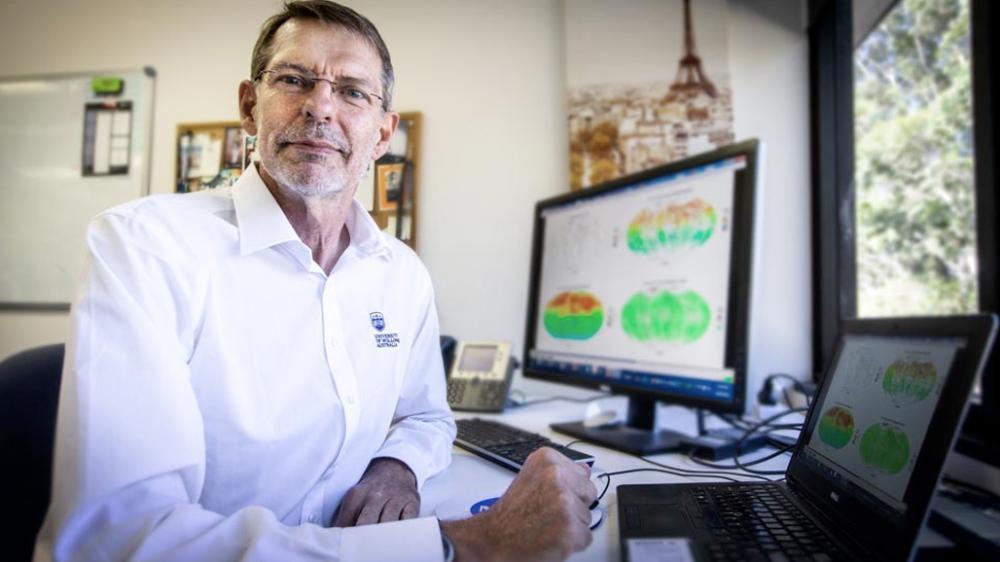 As a statistical scientist, Distinguished Professor Noel Cressie gets drawn into many different scientific disciplines, from soil science to disease mapping, and all the way to space.

In every case, Professor Cressie uses statistical methods to make sense of large datasets and fill in the gaps between observations taken over time and around the globe.

Director of UOW’s Centre for Environmental Informatics and Fellow of the Australian Academy of Science, Professor Cressie is also a member of NASA’s Science Team for the Orbiting Carbon Observatory-2. OCO-2 is a remote sensing satellite that has its attention squarely fixed on Earth; Professor Cressie is concentrating on the data coming in.

OCO-2 is the first NASA satellite dedicated to measuring the amount of carbon dioxide (CO2) in Earth’s atmosphere from space with greater precision, accuracy, and coverage than existing instruments. To the billion-dollar space mission, Professor Cressie brings his statistical methods to strengthen and validate the data collected.

Since it was launched in 2014, OCO-2 has been feverishly collecting observations to help characterise sources and sinks of CO2. It orbits the Earth 14 times a day, collecting split-second measurements, but it cannot be everywhere at once and it only collects data in daylight.

“What remote sensing data give you, are points dotted on the globe – hundreds of thousands of observations a day – but not at every spatial location, or at every time,” Professor Cressie explains.

From 700 kilometres above Earth, OCO-2 counts the number of CO2 molecules in the atmosphere between the satellite and the surface by measuring the energy of reflected sunlight. Every molecule of CO2 that the light passes through on its way up to the satellite absorbs a fraction of the energy.

“But there are regions of Earth that are very hard to observe, like the Amazon, because there’s a lot of cloud,” he says.

This is where statistical science steps in. Professor Cressie looks back and forward through the datasets, borrowing strength from nearby data points to infer missing values. Statistical models
also provide a margin of error, a measure of precision, for every observation. He can also compare observations from space with those taken from fixed instruments on the ground to account for the measurement error of the OCO-2 satellite, thanks to collaborations with atmospheric scientists in UOW’s Centre for Atmospheric Chemistry.

Altogether, with statistical science, Professor Cressie gives his fellow scientists greater clarity and confidence in the data they are collecting, and we have a better understanding of the trajectory of our warming planet. 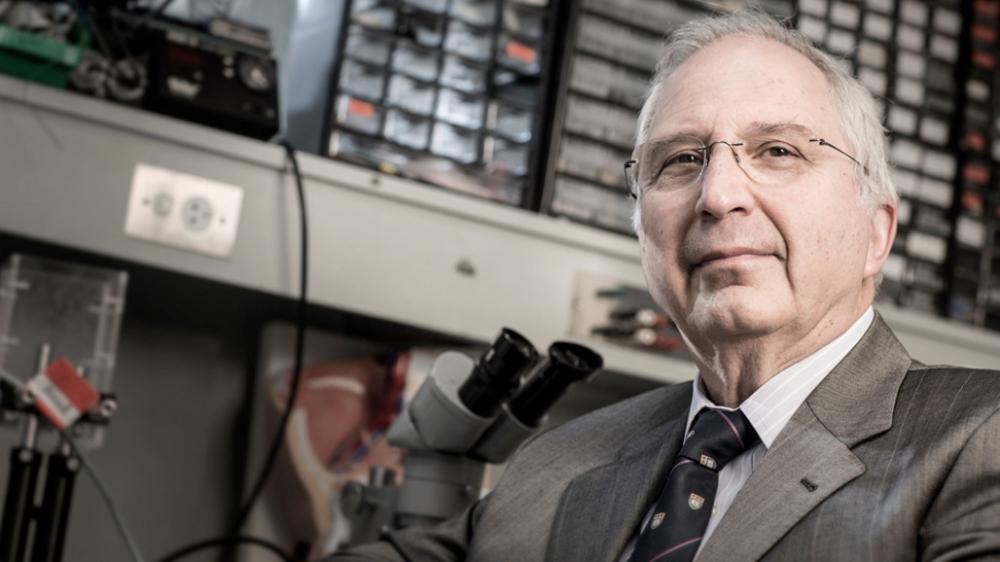 For Distinguished Professor Anatoly Rozenfeld, space is an exciting new territory. As Director of UOW’s Centre of Medical Radiation Physics, most of his research has sought to enhance the safety and efficacy of radiation therapies used in the treatment of cancer.

Now, Professor Rozenfeld is adopting his patented radiation dosimeters, which are used in medicine to measure levels of radiation exposure, and taking them to space.

It has caught the attention of the European and Australian space agencies who want to be able to better protect their space-bound astronauts and equipment from hazardous space radiation.

“Radiation can cure, but it can also kill [or damage cells],” he says. Radiation damages DNA, the genetic material held inside living cells. In humans, overexposure to radiation can lead to irreparable genetic defects or cancer.

On high-altitude flights and space missions, astronauts and electronic equipment are exposed to space radiation, a mix of solar particles, which come from the sun, and galactic cosmic rays from deep space beyond our solar system.

“Space radiation can be difficult to predict and this is why we developed our detectors,” Professor Rozenfeld explains. Here on the ground, we are protected from space radiation by the Earth’s magnetic field and atmosphere.

The instruments are designed to be used by astronauts in space to measure their exposure to harmful radiation and before lift-off, to test new and advanced materials developed to shield astronauts and equipment from space radiation. Electronics can be damaged by radiation, just like DNA can be damaged in living cells.

“One ion can change the [binary] code in computers, from zero to one, and from one to zero, damage software,” Professor Rozenfeld says. This chance event can leave spacecraft without communication or navigation.

The European Space Agency is funding further research so Professor Rozenfeld can continue developing the radiation detectors for their use in space. Importantly, the detectors can be stacked to increase sensitivity of the instrument to different types and levels of radiation.

Professor Rozenfeld is excited, but also quick to acknowledge the years of dedicated research from the many students and researchers involved, including award-winning postdoctoral research fellow, Dr Linh Tran.

“It doesn’t happen overnight. It has taken over 18 years [to get to this point],” he says. As the detectors head towards space, they are also being tested in radiation oncology centres around the world where new radiation treatments, like charged particle and proton therapies, are being used to treat cancer.

“What we have developed, it has many applications.”

Up, up and away 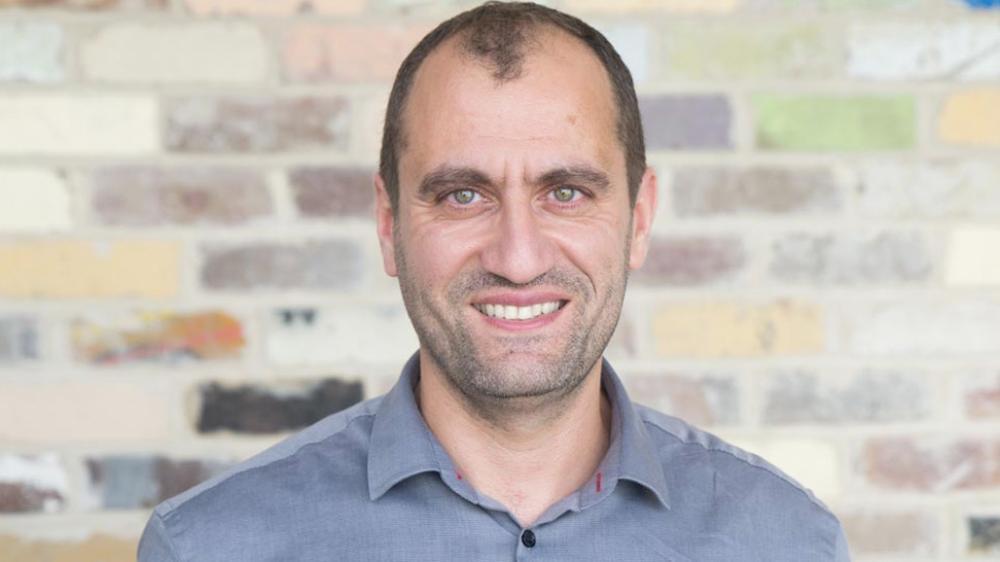 While other researchers are working on new devices and instruments for space research, Associate Professor Raad Raad is developing the technology that will get them into orbit.

Cube satellites, or CubeSats, are small but mighty miniature satellites made up of multiple cubic units. They can be built using off-the-shelf components, making them a cheap alternative to billion-dollar satellites – and ideal for research.

Associate Professor Raad and his team in the School of Electrical, Computer and Telecommunications Engineering are designing a high-capability, multipurpose CubeSat platform to ensure researchers get the most out of every mission.

CubeSats can be customised with different on-board instruments for each mission, but real estate is tight because the satellites are so small. “If you have the flexibility to conduct different missions while you’re up there, that compensates for how small it is,” he says.

Their CubeSat will incorporate a reconfigurable electronic circuit to give researchers the ability to upload software once the satellite is in orbit to run different missions.

“With a field-programmable gate array, we get more processing power and much more flexibility, but we also end up using more energy,” he says.

With no wind in space, busy electronics can quickly overheat, so another part of their research is exploring ways to keep CubeSats cool.

The team is also experimenting with new compact antenna designs to enable groups of CubeSats to talk to one another in orbit. “If they can talk to each other, we’ve got a whole network of satellites,” Raad says.

Different materials and antenna geometries are being tested to improve their performance and reception. Associate Professor Raad credits Brenden Butters, who is doing his PhD at Massachusetts Institute of Technology (MIT), Boston, with designing the first antennas used.

In the same way, Associate Professor Raad acknowledges the fruitful collaborations which have been crucial to the research, including with the ARC Centre of Excellence for Electromaterials Science.

“This is how progress happens. Otherwise, it’s actually quite difficult to make any breakthroughs by yourself,” he says. The first planned mission will carry Professor Rozenfeld’s radiation detectors into space.

Like many others, Raad sees a big future in CubeSats because they make space research more accessible. Their CubeSat will be designed, developed and built at UOW to build capacity and an on-campus ground station control room is also planned to introduce students to space research.

“It’s a long-term strategy to get more students interested in space research as Australia builds its space capabilities.” 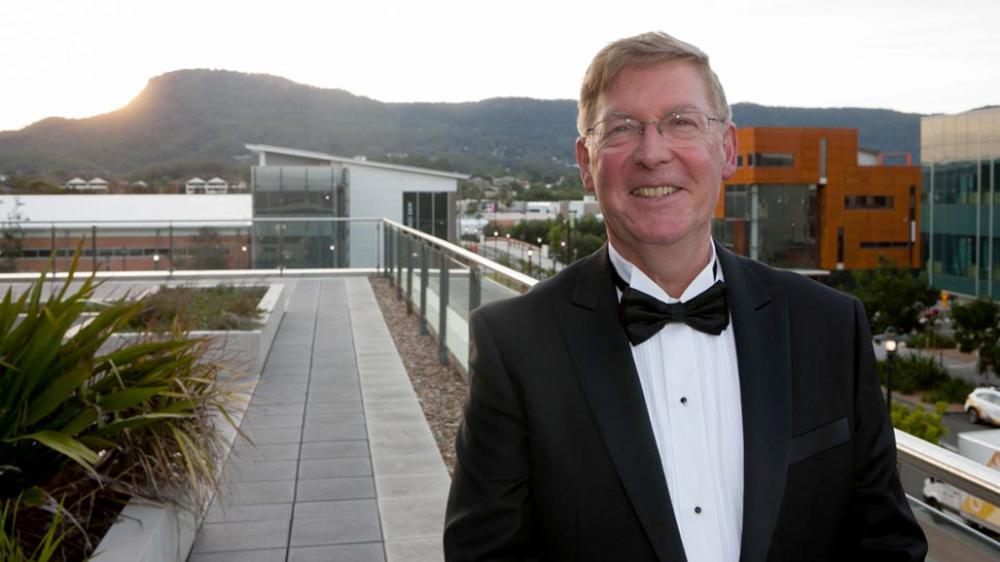 The southern skies above Australia have long attracted Professor Peter Quinn. The astrophysicist began his career at UOW where he studied mathematics and physics, the language of the Universe, before completing his PhD in astronomy at the Australian National University. Now, at the peak of his career, he has returned to lead the Australian contingent of the Square Kilometre Array (SKA) from the University of Western Australia.

The SKA project is an international effort to go further out into the Universe and farther back into time than ever before.

“If you want to understand how the Universe evolved, you have to look at things very far away,” Quinn explains, “and for that, you have to build a very sensitive telescope.”

The array consists of hundreds of thousands of dishes and antennae, split between Western Australia and South Africa, which together will form the world’s largest radio telescope. Construction is due to start in 2021.

Quinn’s role is to build the human and technical capacity to process the enormous amount of data that flows around and inside the telescope system; which is then piped to supercomputers in Perth, 800 kilometres away, via fibre optics.

He describes the project as an Apollo-like step forward in what we can discover, one that is only possible through international collaboration.

“We all see the same sky but we need to share resources to be able to build transformational telescopes like the SKA.” 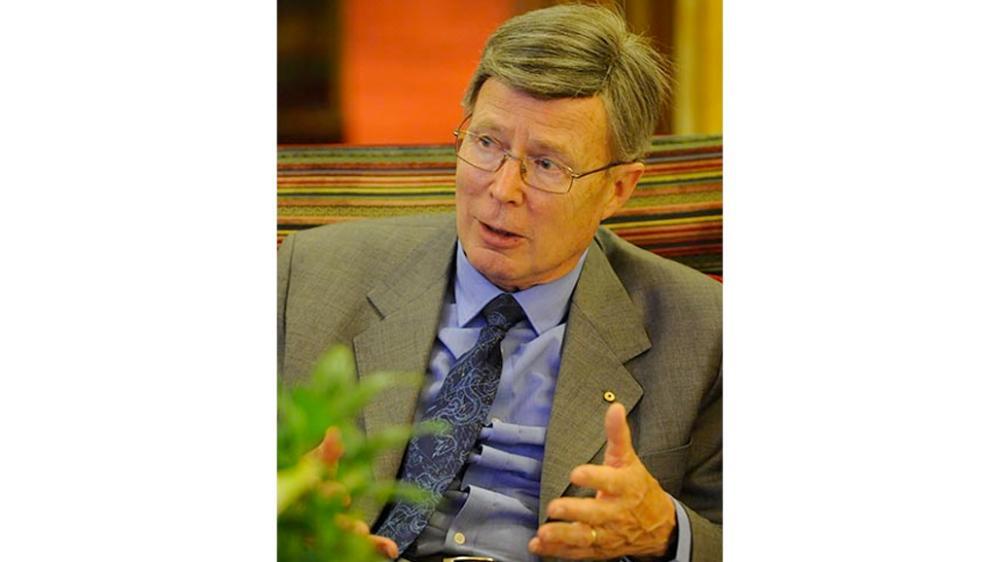 Some things can only be appreciated from space, like patterns and anomalies in the Earth’s gravitational field. This was the first major contribution from earth scientist Professor Kurt who, early in his career, recognised that satellites were going to become the future of mapping the planet.

“Observations from space gave the first global pictures of Earth that allowed us to investigate the processes that shape and disturb the planet’s surface,” Lambeck recalls.

He discovered that Earth’s gravitational field was far more complex than previously thought, which had serious implications for spaceflight and could be directly related to the movement of continents and other geological processes shaping the planet.

Lambeck, who grew up in Wollongong, was awarded the 2018 Prime Minister’s Prize for Science for his work. His contributions have guided missions to the moon, continue to inform space missions and have improved navigation here on Earth through “unimagined applications”, like GPS technology.

With incredibly precise measurements of the Earth from satellites, scientists can now track continental drift and changes in sea level down to the centimetre. Refining our understanding of tightly interactive earthly processes is more important than ever as scientists strive to model past, current and future climates and the impact of rising sea levels around the globe.

Lambeck continues his research as an Honorary Fellow with UOW’s GeoQuEST Research Centre working to understand the complex interactions between ice sheets, oceans and the solid earth, using geological information and data from space.