The secret to truly smart cities

Smart lights, smart water meters, smart waste disposal, even smart parking are great ideas, but if only a section of the community can use it, is it really as smart as we think?

The roll-out of smart technology into local government areas around Australia is happening at speed, with the Federal Government offering millions of dollars in grants to get the technology and infrastructure in place to make our lives easier. Innovations like efficient buildings and public lighting; access to clean energy and water supplies; more efficient travelling both on public and private transport, as well as increased safety and security for the community.

If we believe the hype, all of these are essential now for modern cities to stay relevant, and provide quality living standards for all citizens. Although it sounds like a “smart city” can make life easier for everyone, in reality, it doesn’t. There are not just sectors of the community that are marginalised by new technology such as older citizens who may not have ready access to or understand how to use digital devices, but the solutions this new technology provides, are often not of any benefit to the general community.

“The crux of it is that with the smart technology available at present, there is huge tendency for its application to be led by technology, rather than be problemdriven,” says Professor Pauline McGuirk, Professor of Human Geography at the University of Wollongong, School of Geography and Sustainable Communities. "The big tech corporates have the product to sell and have been approaching cities to market it, rather than the city deciding beforehand what technology is needed to best benefit its community.

“The technology needs to be applied for a purpose, or to social issues that need to be addressed and to do that the community has to have input into prioritising that. There needs to be a process of saying we have the technical capacity to do it, but what problem is there that we can agree upon and prioritise to see what this technology can do for us.”

Professor McGuirk says smart cities are the new Industrial Revolution, and it is only more recently that city authorities are getting better at recognising that the tech-driven approach does not always work and can in fact create issues in equity and accessibility.

“In saying that however, cities are getting much better at recognising where technology can be and should be used,” she says. “For example, the City of Boston has been at the forefront of smart city thinking. It produced a document called the Smart City Playbook, which took the initiative of writing to the tech corporates and telling them what the city needed and inviting the corporates to come up with technology to suit.

“The City of Boston was not interested in buying off-the-shelf platforms, but rather told the tech corporates they needed to understand the city’s issues and work in collaboration to find smart solutions.”

In Australia, Newcastle has been proactive in ensuring the technology it acquires is problem-specific, and has made the decision not to buy into a single platform from one corporation says Prof McGuirk.

“Newcastle is vendor agnostic, and it identified the problems which could be solved through smart city technology via community consultation,” she says. “The city moved forward slowly and signed on with partners when it was appropriate, and only after ensuring these tech partners also have open standards so different technologies from different corporates can talk to each other.

“The city has a series of issues but there is a flavour to them that reflects community proprietary. For example, the city is looking at smart technology as an economic strategy to generate employment, but it is also prioritising things like smart mobilities, and is trying to think cleverly about the benefits of smart technology.”

The University of Wollongong’s SMART Infrastructure Facility is one of the largest research institutions in the world dedicated to helping governments and businesses better plan for the future, especially the roll out of smart technology for city-wide applications. And like Prof McGuirk, the director of the facility, Senior Professor Pascal Perez, says one of the biggest challenges in the immediate future of smart cities is ensuring that the technologies that are promoted help build a connection between community and infrastructure.

“What makes us different from other research centres around the country is that we’ve argued from the start there is no point in implementing smart technologies if we don’t identify the problems that need to be addressed first,” Sen Prof Perez says. “The technologies need to be problem focussed and community-focussed – the two pillars on which we think a smart city or region can grow – otherwise we are just adding things into the city that are irrelevant and costly.” 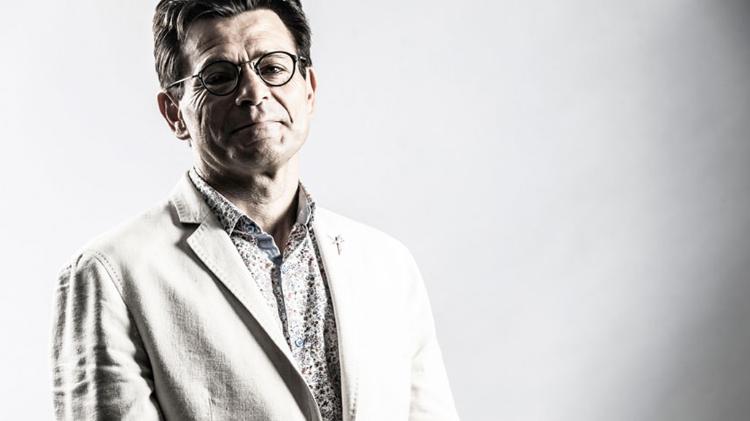 Prof Perez says the concept of smart cities is not new and was actually coined by IBM in the early 2000s. Smart cities, he says, are actually just a mix of what is already available, including things like wifi, smart street lights and apps that gauge water and electricity usage.

“It is really about all these independent things coming together – big companies, smart sensors and mobile technology. But at the moment we are rushing into it, pushed by technology and we need to do a lot more work to make it accessible [to everyone].

“The narrative we sell to people [about smart cities] is misaligned with what is happening in reality. We are selling a pipedream about how much better life will be with smart parking, and smart shopping, but in reality what we are selling is productivity for councils.

“Councils are really the only industry benefiting from the current smart technology, because there are gains for them to be made in terms of smart street lighting, garbage collection, and water usage – it has a business sense to it. But the problem is that we should be clearly telling the community that these technologies are about the productivity of councils and at the end of the day what they should be doing is decreasing our rates, not increasing them.”

However, Prof Perez says the narrative is starting to change, albeit slowly, and communities around the world are starting to initiate the uptake of smart technology themselves, rather than it being led by local governments and corporations.

“Cities are about people not about concrete and steel. There are so many ways in which the people can use smart technology in better ways, and sometimes it is just a matter of them being able to get the information they need [to find the smart technologies],” he says.

He illustrates his point with an example out of the Netherlands where the community identified a problem in relation to the flooding of canals and waterways.

“The technology is not that complicated, and this community identified a problem where it could be used. The first project they created was so that boat owners could buy a small sensor to put on their boats which would send data to their phone warning them when their boat was sinking.”

Prof Perez says demystifying the technology for the community is the first step in helping move the dynamics of smart cities from being tech led to being community led. To that end, the SMART Infrastructure Facility is engaging with the next generation of communities, talking to and consulting with school students about identifying problems that can be solved using the technology.

“We are one of the few groups that can deploy information from scratch,” he says. “We want to demonstrate there is no black magic to smart technology and to do that we first need to engage with the population.”