Transitioning from the top echelons of a centuries-old global banking institution to the fluid and freewheeling world of Google might be a daunting prospect for some. Not so for Brendan Castle.

“The challenge was how to ensure the core me remained, but at the same time evolve my leadership style to suit that environment,” he explains. “I think the easiest way to answer that question is that I always had Google in me.”

Castle is Global Head of Product Area Staffing at Google, a role he took up in mid-2014 after nearly 16 years with Citi. Graduating with first class honours in 1998 with a UOW Masters in Commerce, and no clue what he wanted to do next, he joined the then Citibank Management Associate Program – a fast track to senior leadership.

After a couple of years he was yet to work out what was a good fit. Sitting down with a HR head, Castle told him he didn’t think this world was for him but was put on the spot when asked what it was that he did want to do.

“I didn’t really know; He was giving me the world and I needed to come up with something. I told him, I’d like to build an intranet for the HR department.”

It was 2001 and the internet – much less intranets – was in its infancy. With no relevant qualifications or background, Castle set his mind to figuring it out. It was the first of many times with Citi that he put his hand up for projects well outside his comfort zone, marking him as an innovator not afraid to get his hands dirty. After he volunteered to represent Citi Asia in New York to discuss streamlining the group’s 137 different HR systems into one, the company asked him to relocate to Hong Kong to lead the project. He married his then fiancé and the couple flew out the next day. 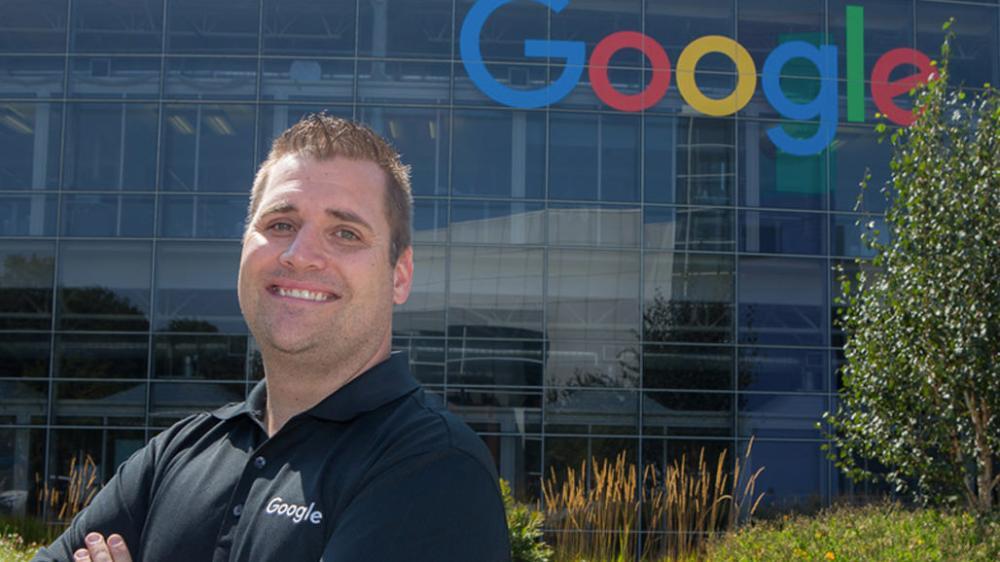 Citi was a passport to the world for the boy from Western Sydney. Hong Kong was followed by Singapore, where at just 27 he made Regional Head of HR Shared Services leading a team of 300 people. In the ensuing seven years he spearheaded a raft of new global systems, welcomed the first two of three children and ably weathered the Global Financial Crisis.

The next stop was London, helping Citi’s European operations – who had not fared the storm as well as Asia – rebuild. He became one of Citigroup’s youngest managing directors at 32, and took the team’s employee satisfaction from 23 to 94 per cent in little more than two years. He headed to New York in mid-2012 as Managing Director and Global Head of HR Shared Services, where he was responsible for around 1400 staff millions of transactions and an annual payroll in the billions.

Castle says that he knew it was time to make a move when the job no longer made him nervous. Strolling along the Hudson River to work, he realised he hadn’t even read the presentation for that morning’s gruelling three-hour operations review. He breezed through it without breaking a sweat.

“It was then that I realised I didn't have that nervous feeling anymore; that gut feel that I might not know the answer, that there was something to learn,” he explains.

With something in the air, not long after Google called, and – despite Castle not realising the Hangout proposed by the recruiter was not a casual catch-up at the pub but an online group chat – the rest is history.

Castle has happily met his counterpart in Google, finding an ideal culture where flipping talent acquisition and human resource management on its head is business as usual. He’s not just able to move quickly to innovate, adapt and collaborate – it’s expected. While the transition was an exciting and somewhat natural one for him, it still took time to shift his mindset.

“I spent the first three months looking over my shoulder, wondering what's really behind that meeting, when is someone really going to show their true colours. But people here actually do want to help; they don't want to take over your world and that makes a huge difference.”

Google is renowned for being a fun and energising place to work; the fact that the company receives in excess of three million job applications each year speaks volumes. But does being a Googler really live up to the hype?

“It is fantastic and more,” he enthuses. “Once you get past the perks – the cool little bikes and all that – what it actually creates is a university feel. It’s about deliberately crafting an atmosphere that feels social and sparks opportunities for incredible ideas and collaboration.

“Last week I looked out my window and saw one of my recruiters sunbathing with a headset on, talking to a candidate. I asked him why and his whole thought process was this candidate was really casual, from Southern California, and this would put him in the best mindset to connect with him. That's the kind of environment that the company creates.”

When it comes to seeking out new talent ready to flex and innovate in this amorphous environment, Castle says that, unsurprisingly, Google looks for the non-typical – people who bring questions and a desire to find the answers, rather than model grades. When asked about his ultimate recruitment goal with Google, he is visibly animated.

“I want to find people who don't know they want to be found, the person who's sitting in their garage, and actually change their life. And to get that across the world. I think that is the greatest challenge for me: working through scale, working through billions of people and saying we can provide everybody an opportunity. I love that.”