In their first semester studying for a commerce degree at University of Wollongong, Tom Moore and Luke Rix failed accountancy 101.

“Don’t know how that happened, I guess we just didn’t apply ourselves,’’ says Rix with laugh.

Not a great start but it didn’t stop the dynamic duo from charging ahead to eventually shake up an entire section of the labour market in a way nobody could have foreseen.

In 2016 just five years after graduating, they co-founded WithYouWithMe, a training and recruitment company which has revolutionised the existing flawed model of finding work for defence force veterans. 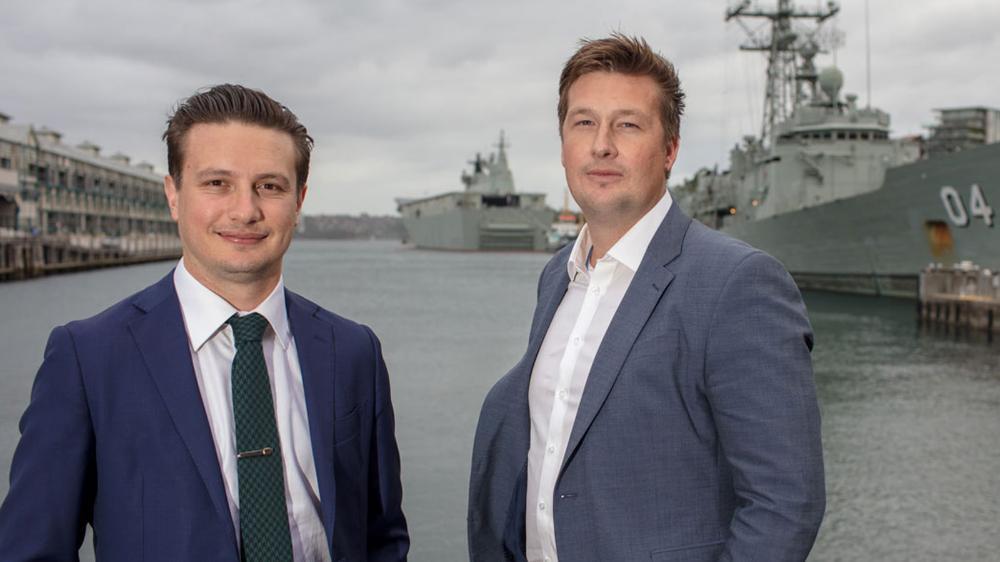 Rix and Moore grew up in Camden but only met in their first year at university where they clicked almost instantly.

“We ended up lining up our classes on the same days so we could carpool to uni,’’ says Rix.

He describes Moore as the charismatic ideas guy of the team but they have both always loved pushing the boundaries.

After university the pair branched off with Rix in corporate public relations while Moore took a completely different but not surprising path.

Moore turned down an offer from Google to train at Duntroon Royal Military College to honour a strong line of family commitment to national service that began with World War One.

By 25, Moore was a lieutenant leading a 60-man infantry unit in Afghanistan, thriving on the challenge of leadership in a confronting environment.

“A good day was when nobody tried to blow you up but it taught me how to solve problems most people would think impossible and how to build solid teams at a very young age.”

Moore began to experience excruciating pain in both legs and was diagnosed with severe osteo-arthritis which had left him with almost no cartilage in his knees.

“I couldn’t take three steps without falling over,’’ he recalls, “When you are training four hours daily for combat it became impossible to hide.”

Facing medical discharge, he asked for 12 months to try stem cell therapy and during that time he was posted to Wagga to transition men and women out of the defence force for a variety of reasons.

“At that time Tom was coming back to Sydney every weekend and it really worried me to see him so down and vulnerable,’’ says Rix.

The stem cell treatment helped but not enough to save Moore from discharge in 2015.

“I applied for over 100 jobs and didn’t get one despite my degree and experience so I was pretty depressed and broken because for the first time in my life my ambition was trumped by my ability,’’ says Moore.

He ended up finding a job in digital marketing but with a fraction of the challenge he had received in the army.

That transitioning process left Moore with a bad taste but it gave him an invaluable insight into a broader problem that shaped the idea for WithYouWithMe.

There were a variety of services available at the time to help veterans transition to civilian life but Moore describes them as fragmented and pushing a broken message.

“I knew something had to be done because there was overwhelming evidence veterans were often either unemployed or under-employed. For instance, I knew guys who had highly skilled jobs like engineering in the army yet were now working in bars.”

Rix, meanwhile, was working with Commonwealth Bank of Australia but decided in 2016 to join Moore part-time to help build a start-up that offered a comprehensive service involving career assessment, mentoring and training so cutting edge and relevant it would eventually have companies as big as Amazon at their door.

“Initially, I just wanted to see Tom get that sense of purpose back again but I was sold when I saw the difference we could make to people’s lives,” he says.

“The name which is a military catch cry for “I’ve got your back” set the tone and it’s gone from strength to strength.”

“The way our business works is I run a thousand miles ahead into the unknown and I drag Luke along but he is the only person I know who can apply the brakes at the right time.

”If not for Luke, I’d question if the organisation would be here and if it wasn’t here I would have struggled to be here too. I’ve responded to seven suicide attempts among my men last year alone.”

After just one year the company is now valued at $10m with 30 full-time employees and over 2500 male and female veterans on the books. It has an informal internship program with University of Wollongong and currently receives revenue from more than 100 clients.