Storytelling has been a constant feature of human life on earth. But how do we piece together evidence and narratives to paint a picture of the human and natural history of a continent over 130,000 years?

That is the ambitious, but exciting, task being tackled by a new centre of excellence headquartered at the University of Wollongong and led by Distinguished Professor Richard ‘Bert’ Roberts. “We don’t know the answers to some of the most fundamental questions about Australia’s environmental and human past,” Prof Roberts says.

The Australian Research Council Centre of Excellence for Australian Biodiversity and Heritage – or CABAH – brings together academics from a wide range of backgrounds and disciplines to answer those questions. Science and humanities researchers from eight Australian universities and more than a dozen partner organisations, including museum networks here and overseas, will weave together the story of “Epic Australia”.

“Never before has anyone taken on a project of this scope – this is a massive continental project,” says Prof Roberts. 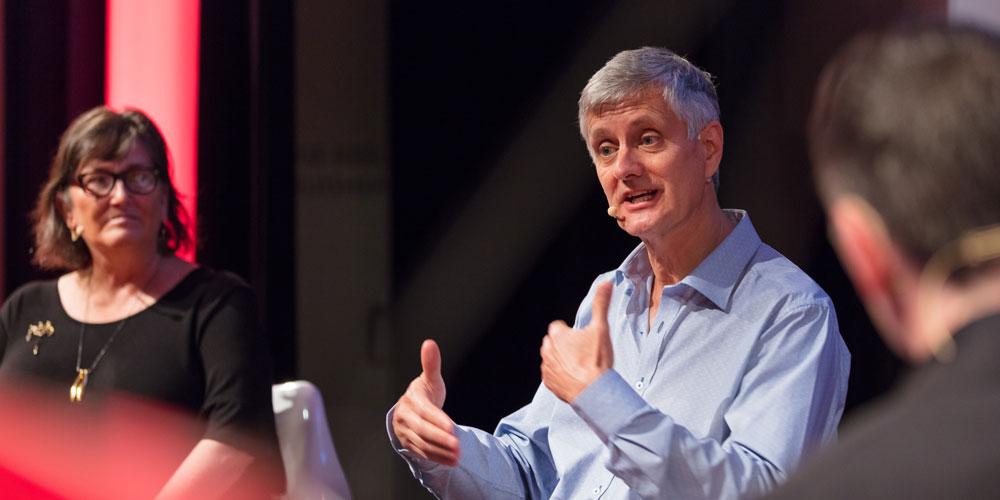 Major shifts in thinking, both in academia and the wider community, will be pivotal to the success of CABAH – from fostering genuine multidisciplinary collaborations, to inspiring a respectful curiosity in Indigenous culture and employing innovative science communication methods. But perhaps the most critical shift is towards working hand in hand with Indigenous people at every step of the process.

“We know very little about Indigenous culture,” says Prof Roberts. “It’s not taught or spoken about very often. It’s politically dangerous territory to enter. But it is only if people do engage with Indigenous culture that we’re actually going to make any progress.”

Starting from an almost blank canvas, the multidisciplinary teams will combine scientific data and cultural knowledge to transform our understanding of Australia’s ancient Indigenous heritage and environmental past. The story is complex and there are large gaps in knowledge and data. With less than half a dozen known archaeological sites that date back further than about 45,000 years and a limited appreciation of complex ancient Aboriginal cultures, Prof Roberts likens the challenge to creating a dot painting, with only a handful of dots.

“The dots we do have were painted 30 years ago, and were pretty hazy dots. Now we can make them much more precise,” he says. “We need to start putting dots on the map, with real data for archaeology, cultural heritage, and the environmental past. We need a dot portrait of Australia, with really finely resolved dots, going back 130,000 years.”

"Every culture has its own creation story. That’s perfectly valid and legitimate. It’s like having two codes of footy – they can exist in parallel."

The timeframe stretches back about 65,000 years before the first known human activity and CABAH’s research findings will have global implications – providing lessons about why the world is the way it is now and helping to predict future human and environmental trends, and possible human responses.

“History informs the future – it doesn’t stop today. One of the great things that CABAH can do is look forward,” says Prof Roberts. Adding that an appreciation and understanding of Indigenous culture and knowledge can help to inform thinking about global issues, including bushfires and sea level rise.

Underpinning all of CABAH’s research projects is a commitment to engage meaningfully with communities.

“When we go on Country, we need to ask; ‘What would you like us to do for you?’ Rather than going with preconceived ideas,” Prof Roberts says. Driving this approach is CABAH’s Indigenous Advisory Committee (IAC), formed to advise the team and help establish world best practice for researchers collaborating with Indigenous communities. 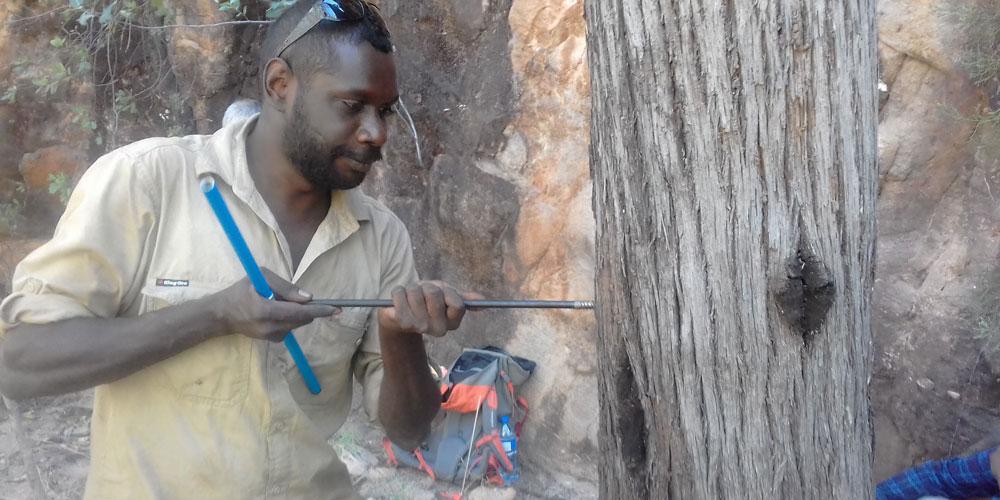 Professor Lynette Russell, CABAH Chief Investigator and Director of the Monash Indigenous Studies Centre, says to create change researchers first need to recognise that every part of the land they’re working on belongs to an Indigenous group.

“The chunk of charcoal that researchers pull out of a swamp, was once in a fire being burned by an Aboriginal group. These are not natural phenomena, they are cultural phenomena,” she explains. “For some researchers, this will require a shift in the way they do things. For others, it is a process of building on the foundations.”

Aara Welz, CABAH’s Liaison Officer for Indigenous Communities, is based at UOW and is working to facilitate relationships between researchers and communities.

“Face-to-face work with communities is essential. We are able to find out if community members are interested in being involved in the project, and to what extent,” she says. “Working with communities is invaluable. Their understanding of the land is outstanding; the knowledge base is huge and is a vital component of realising the best research outcomes.” 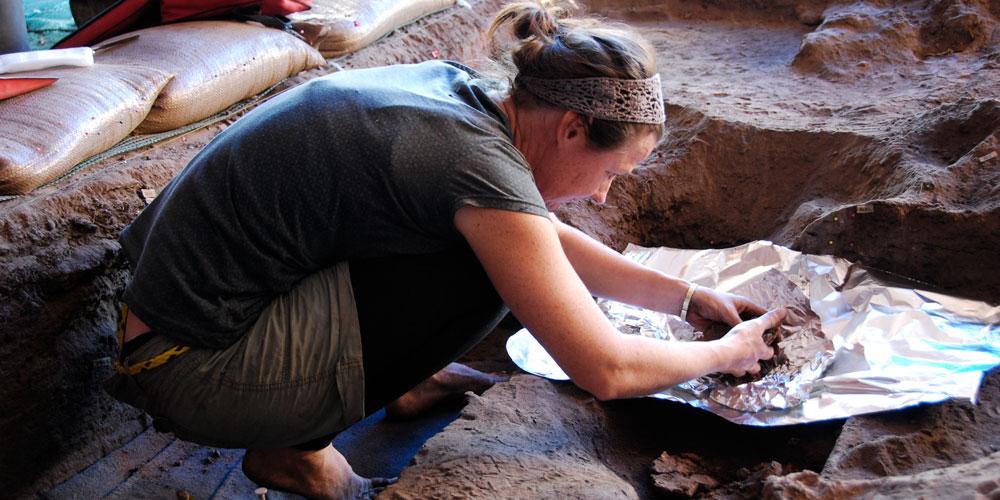 An example of close collaboration with traditional owners leading to significant discoveries was the excavation at Madjedbebe, near Kakadu National Park, in the Northern Territory. The research team, including Prof Roberts and CABAH Chief Investigator Professor Zenobia Jacobs, worked in partnership with the Mirarr Traditional Owners in a landmark agreement, resulting in the discovery of more than 10,000 artefacts – from the oldest layers of the site –and new scientific evidence dating Aboriginal history back to 65,000 years ago.

Part of the shift in thinking involves an acceptance that scientific knowledge and cultural knowledge can exist side by side.

“We don’t have to come up with a scientific story that tells one truth and an Indigenous perspective that is wrong because the science is right,” Prof Roberts explains. “Every culture has its own creation story. That’s perfectly valid and legitimate. It’s like having two codes of footy – they can exist in parallel.”

Prof Roberts sees enormous potential in the opportunity to reconstruct Australia’s past, from many different viewpoints – encompassing science, the arts and Indigenous perspectives – and then to tell the story in an engaging way.

“If CABAH can do all of that, we will have made a really serious contribution to Australia’s history – and hopefully also our present and future,” he says.

This webinar was shot at a UOW Knowledge Series lecture from 2017 featuring Distinguished Professor Bert Roberts.