Dr Sameer Dixit is on a mission to save lives

Dr Dixit uses his scientific background and profile to address health and environmental issues affecting developing countries, including his home country of Nepal.

The morning we meet Dr Dixit, the affable research scientist is in the studio at Kantipur TV in Kathmandu getting ready to tape the morning episode of the popular morning talk show Good Morning Nepal with his fellow co-hosts.

After taping wraps up, he jumps on his bicycle and rides the 15-minute commute through heavy traffic to the Centre for Molecular Dynamics Nepal (CMDN), where he is co-founder, Vice-Chairperson and Director of Research.

In 2005, he returned to Nepal to take up an academic role as lecturer in the Department of Environmental Biology at Kathmandu University before being appointed Assistant Professor in the Department of Biotechnology. It became evident to Dr Dixit that health research, especially infectious disease research, was lacking in Nepal. Determined to use his educational experiences gained in Australia and the United States to drive forward public health and biomedical research in his home country, he soon joined forces with fellow colleagues to establish the CMDN.

"It was always my dream and hope to drive research in Nepal and provide a place for Nepali scientists, students, researchers and academics to come together to create a vibrant environment to do cutting edge work"

“We have diseases like HIV, tuberculosis, malaria, cholera and hepatitis," Dr Dixit says. "But for so long we knew so little about this. It became my personal goal and mission in Nepal to try to understand what it is that was causing all of these diseases and to ask if those causative agents were similar or different to what we would read in international literature.”

He felt that he had a duty to return home and utilise all of the education that he had acquired overseas and contribute back to Nepal.

Dr Dixit has grown the independent institute into an organisation that employs 60 researchers and staff, who collaborate with the Nepali Government, World Health Organisation and other researchers on public health, and wildlife conservation. CMDN works nationally and internationally to raise awareness about disease control and now also incorporates a molecular diagnostic lab that provides specialised clinical services for testing purposes. Dr Dixit is an advocate for the role that education plays in controlling and preventing disease, especially infectious diseases.

“Simple actions like hand washing, personal hygiene, sanitation and active immunisation come with education and awareness,” says Dr Dixit. “Then there are the educational levels of health practitioners like doctors, nurses, health care workers, social workers and sociologists, which combines to deal with these issues in the community.” 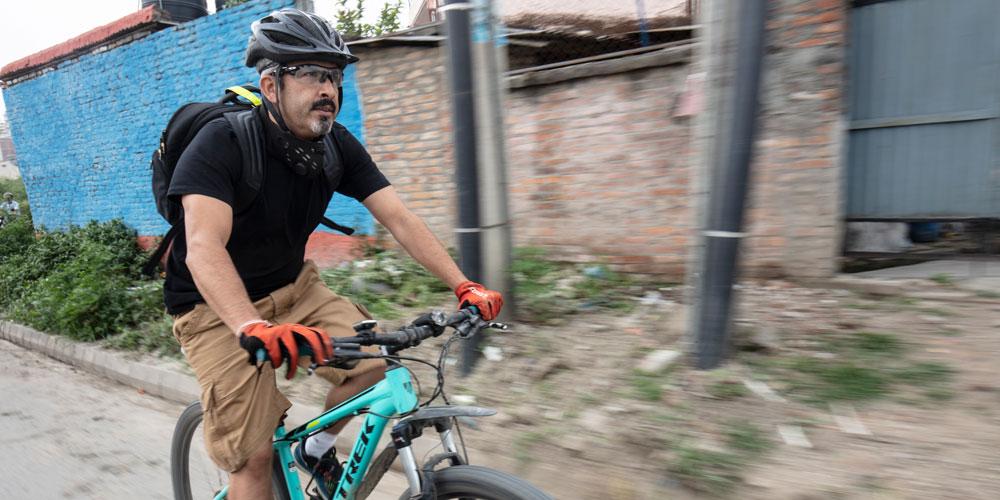 Thanks to the impact of the Institute and its work, Dr Dixit is now widely recognised as a national leader and authority in biomedical research. The day we meet with him the Nepali Times had featured an article on the growing issue of antibacterial usage and resistance, quoting Dr Dixit.

“I look at this issue from the animal farming side, where antibiotic prescription, or even nonprescription, usage is getting out of control, especially in the poultry and aquaculture industries where antibiotics are being used in the feed, without proper control,” says Dr Dixit.

He explains that when humans consume these animal products, it puts them at a higher risk of transmitting antibacterial resistant bacteria between them.

“So in this context, it has become very important for us to look into this and that is something that I am very actively engaged in as a scientist and also as an activist,” he says.

"I look at this issue from the animal farming side, where antibiotic prescription, or even nonprescription, usage is getting out of control."

The profile Dr Dixit has built up in the media and film industry in Nepal means that he is also somewhat of a celebrity and regularly recognised on the busy streets of Kathmandu. He uses his role on Good Morning Nepal to open the dialogue around important issues that not only affect the people of Nepal, but across the globe. This platform has allowed Dr Dixit to express his views on a variety of issues, from a scientific, political and social perspective. He admits he is “pretty vocal” on a range of topical issues.

“The way the show is promoted is three individuals from different walks of life, who come together to host a morning program. I come as a scientist and I bring my knowledge, experience and educational background to the public arena. It’s a new thing for the Nepali audience,” he says. 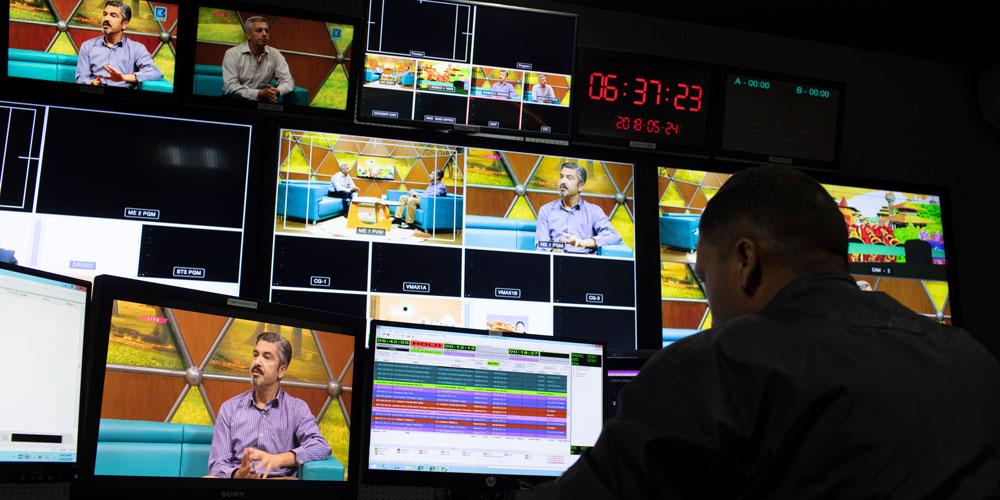 Among his variety of interests and talents outside of his research, Dr Dixit is active in the Nepali film community. He was executive producer of Highway – a Nepali film which gained international attention and was selected for the 62nd Berlin International Film Festival. He has also acted in films, including Highway, and he is about to take part in 10 days’ filming for a new movie in which he will play the co-lead role. It was a dream he held from a young age to act and direct films, but something that he came to only after gaining his education.

He looks back at his time studying at UOW as transformative. He was attracted by the opportunity to study a degree in the emerging area of biotechnology and in Australia.

“Imagine. A young student from Nepal. Hardly 23 years old. Going to Australia for the first time and studying a degree that was so hyped and being part of the change of thought going from traditional science to biotechnology. And Wollongong University was my starting point," he says. “I met the best friends of my life there and I am still in contact with many of them.”

Dr Dixit finishes the interview and gives us a wave as he continues his journey on his bicycle home to see his family, including his wife and two daughters. An average day in the life of this pioneering biomedical researcher, actor, producer and activist.