It is almost impossible to think of Sydney without conjuring to mind one or both of the city’s major landmarks: the Sydney Harbour Bridge and the Sydney Opera House.

Working behind the scenes at one of them, is UOW alumnus Ian Cashen, who manages the maintenance of the building and the safety and security of staff and visitors at the Sydney Opera House – the country’s number one tourist destination and Australia’s busiest performing arts centre.

As Executive Director of Building, Safety & Security, Cashen is also responsible for the delivery of the Sydney Opera House’s Stage 1 Renewal project - the largest program of upgrades to the building since it opened in 1973.

While Cashen enjoys working in engineering , it was not what he expected to do when he started a civil engineering degree at UOW. In fact, he didn’t have particular dream job in mind at the time.

“I always had a bit of a forte for mathematics and science,” he says of his decision to study engineering. “I was leaning towards a commerce degree. Probably through my family’s influence, they suggested I study engineering where I could combine my mathematics skills and interest in science.

“I don’t think I really understood what engineers did when I graduated from university so it was a real learning curve when I actually started working in the industry.”

His first role was in civil design before he moved into project management. It was in this role that he worked on Sydney Olympics venues including the hockey centre and the aquatic centre. Cashen then travelled overseas before returning to take up a role with Evans and Peck (now known as Advisian). In this role, Cashen was a Principal of the firm responsible for providing a range of high value advisory services to clients as well as managing the operations of the NSW branch comprising of 70 consulting staff. 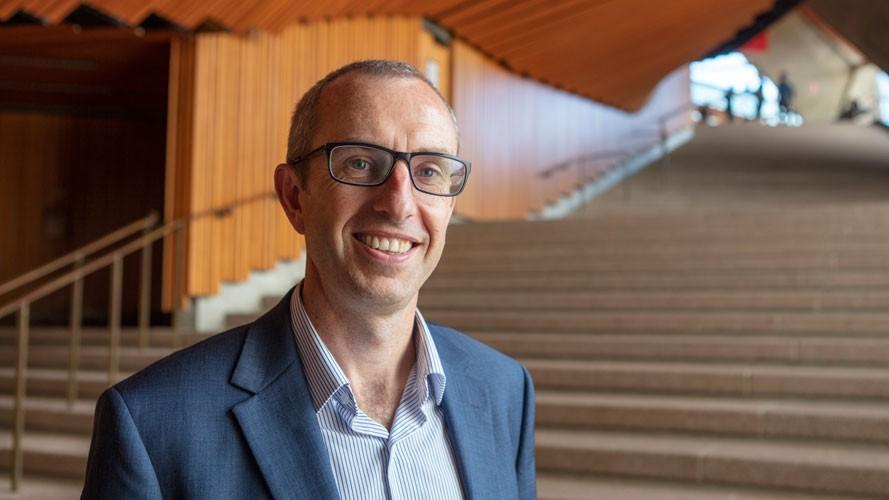 “Evans and Peck gave me exposure to not just the project management and construction side but exposure to managing clients’ needs and how you make a project work for a clients’ business,” he says.

It was while he was working with Evans and Peck that Cashen had his first introduction to working at the Sydney Opera House.

“At first it was quite daunting. The Sydney Opera House itself is a bit of a precinct, it’s like a city within a city,” Cashen says. “We have our own security and safety team, food and beverage operations, retail operations, daily tours and of course, a range of performances from our resident companies and our own programming team. It’s a big role but I have a great team I can trust. You have to learn to lean on your team so it’s not just on your shoulders.

“It is such a unique venue and challenging building. It’s geometrically very complex. From an engineering point of view, what they managed to do in this building - particularly back in the 60s and 70s - was absolutely amazing and hadn’t been done anywhere in the world. That makes it a really interesting place to work.

“It’s also an incredibly busy place to work with live performances of all kinds going on every day except Christmas Day and Good Friday. Each year more than 8.2 million people visit the Opera House – whether that’s to see a performance, go on a backstage tour or take in the architectural beauty of one of the world’s most recognisable buildings.”

Right now, the Sydney Opera House is at the midpoint of its Decade of Renewal project. It has completed upgrades to the Joan Sutherland Theatre to replace back-of-house theatre machinery and improvements to safety and accessibility in and around the venue. The next major project is the Concert Hall – the Opera House’s largest and most popular venue. It will close in 2020 to improve acoustics, stage and backstage areas, theatre systems and accessibility.

The scale of works is so significant, Cashen has discussed it at several public forums including the Australian Engineering Conference in September 2018. Cashen was joined by Sydney Opera House CEO, Louise Herron, and architect, Professor Richard Johnson, to provide an update on the Renewal project to a group of architects. 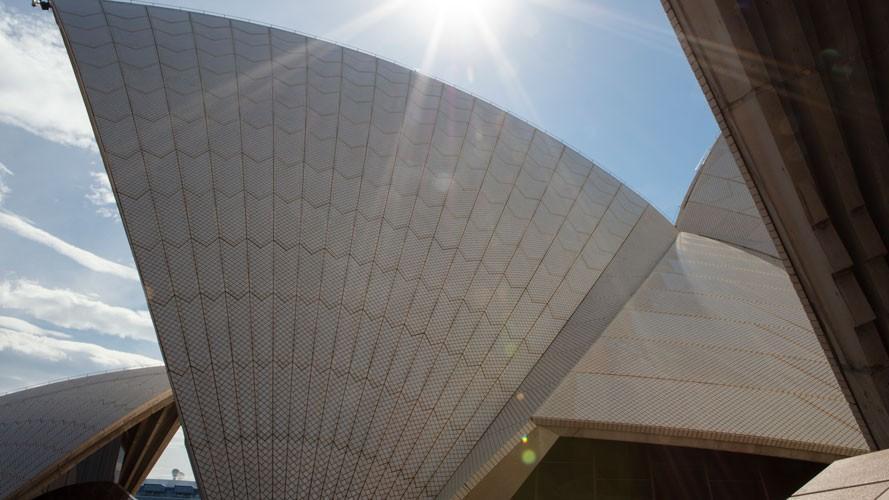 Given the building’s status as a national treasure, Cashen explains that stakeholder engagement and consultation is an important part to the success of the project.

“People care deeply about the building. It’s important we keep the community engaged and informed about the Renewal upgrades,” he says. “It really has taught me about how to manage a really diverse group of stakeholders whether that be the accessibility community, architectural and heritage community, local residents or our resident companies. It’s Australia’s Opera House so really our stakeholders are the entire community.”

Cashen reflects fondly on his time at UOW. “It had a great community atmosphere,” he says. “I just remember being on the duck pond lawn, with my mates just relaxing, it was good fun.

“I got a good sound foundation in engineering. It wasn’t obvious when I started working how I would use it but you just come back to it all the time and you get a really broad understanding of engineering issues that I still use today.”
His advice to aspiring engineers is to think about where you fit into the broader scheme of things.

“Engineers understand systems really well but you need to understand that you are part of a system,” he says. “I encourage people to not just think about your own role but how you fit into the broader scheme of things for an organisation and how you can support a business or an operation themselves.”