The gift of innovation

The legacy of one man

Dr Roland Bigg’s uncle taught him what the big things in life were about. Now his gift will have a big impact on the lives of many others.

The legacy of one man will affect generations of UOW students, and ultimately improve the lives of people living with physical disabilities, thanks to a $1.35million gift from the foundation created in his memory.

The Movement Disorder Foundation has made the generous donation to UOW to fund ongoing scholarships with a view to creating new treatments to assist people living with a physical disability.

The new scholarship scheme will generate scholarships across all disciplines at the University for students who have a movement disorder. The hope is the scholarship recipients will be motivated to find new treatments or design solutions for people living with a physical disability. In this way, the Movement Disorder Foundation Fund will create opportunities for students to create a better world now and into the future.

“I understand he didn’t actually effectively walk until he was a teenager, and then with a scissor gait,” Dr Bigg says. “He spent a lot of his early years in hospital, when they tried to do tendon transplants to relieve his spasticity. In those days they didn’t have the treatments that are available today. So he had a pretty miserable early life. [It was] back in the days when parents weren’t allowed in hospital when kids were hospitalised, so I imagine he had a pretty traumatic early existence.

“I will always remember his words to me on being with him one night when he had yet another of the many falls that characterised his life. When he recovered he said to me: `You know, small things are big things to those that don’t know what big things really are.’ 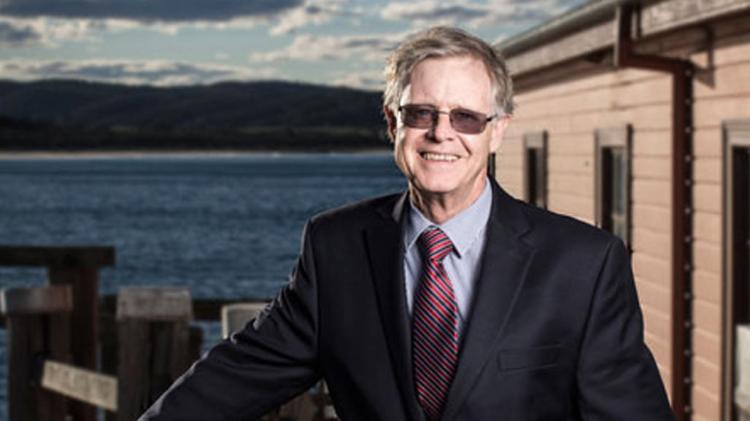 “Despite his setbacks, he was an inspirational man, he had a great sense of humour and he had a great impact on many that knew him. He was a bit of a wag and loved a bit of fun. For example, if he was trying to get up some stairs in the CBD in Sydney, he said the crowds would often move to one side of the footpath to avoid him.

“So if he wanted to get up the stairs, he used to have to seek out some robust young man and he’d thus wave his walking stick and say: `Come here young man and give me a hand up these stairs.’ And by the time they got to the top of the stairs they were usually having a joke together.”

Dr Bigg says Peter exemplified that often it is those with disability that have to reach out to the able bodied community to close the gap, as the able-bodied community can feel inadequate when dealing with those with major disability – so they escape from this uncomfortable feeling by avoidance. Dr Bigg says this can unnecessarily worsen the sense of isolation and disconnection felt by those with major disability. Peter learnt how to break down this disconnection barrier.

Despite his major physical disability, Peter became a successful stockbroker, and as a mark of his achievements, he was elected by his peers to the executive of the Sydney Stock Exchange.

The Movement Disorder Foundation began its association with the University in 2014 when it funded scholarships for students studying biomedical engineering or medicine. However the board recently decided to wind up the foundation and donate the remaining funds to benefit those with a physical disability on an ongoing basis.

It is the core funding from the foundation which will form the $1.35million gift to UOW to create the Movement Disorder Foundation Fund. This fund will finance scholarships in all disciplines in perpetuity ensuring generations of students benefit from Peter’s legacy, and hopefully create new and innovative treatments for people living with a physical disability.

“The foundation has always had as a guiding philosophy that quote: `Give a man a fish and he eats for a day. Teach a man to fish and he eats for a lifetime’,” Dr Bigg says. “By creating a scholarship scheme at UOW to enable students with physical disabilities to go on to obtain degrees in such faculties as medicine and engineering, it is hoped that there will be lifetime benefits, not just for the student, but for others with physical disabilities that may potentially benefit further down the track, as a result of the professional work of the scholarship winners.”