A path to success

"It is important to give back to the University; to help our graduates get good jobs, apply what they’ve learned and give them the opportunity to take it to the next level."

As Executive Director at JPMorgan Chase, Peter Ivaneza is most certainly at the top of his game – it is the fulfilment of a lifelong aspiration.

“It was a childhood dream of mine to be in New York and work for a Wall Street firm,” he recalls. “Working at JPMorgan’s world headquarters is the greatest thrill; I love the firm, enjoy the people, and doing what you enjoy puts you in a position where it no longer feels like work.”

Ivaneza is a seasoned business leader with expertise in finance, encompassing financial planning and analysis, activity-based costing, expense reduction and measurement, and investment analysis. His stellar career began at American Express, initially through a work experience placement during his UOW Bachelor of Commerce studies: an Accounting 101 classmate, already working in their Australian head office in North Ryde, provided a foot in the door.

“American Express allowed me to do voluntary work experience for two weeks – zero pay but that was my window,” he recalls. “I managed to impress them, and they allowed me to come back during my university holidays over the next five years. When I graduated, due to that exposure, securing a permanent role was a foregone conclusion.”

Gaining full-time employment with the company, he set his sights on American Express’ headquarters in New York’s World Financial Centre – the global epicentre of the financial services industry. Visiting headquarters while travelling soon after graduation, he ended up attending a number of interviews and landed a New York-based role with the company – though the opportunity was dashed by an issue with his visa which required him to return to the Sydney office. However, 18 months later, he received a call with an offer; the role was a perfect fit, and within two weeks on 1 November 1999 he had moved to New York.

Ivaneza was to spend 12 years with American Express, culminating in his role as Director, Finance, before joining global financial services firm Morgan Stanley in 2006. He spent eight years as Executive Director, Global Wealth Management, before taking on his current role with JPMorgan in 2014. Loyal by nature, he believes that his relatively long tenure with each company has served him well.

“I believe when you choose to stay with a firm, you learn about the organisation’s core values and can therefore deliver results in the best possible way.”

He has now been in New York for 16 years and still relishes its energy, vibrant atmosphere, and the dream-come-true opportunity to work in the heart of Wall Street. Although nearby Connecticut is now home for Ivaneza, his lovely wife, and their two wonderful sons, Wollongong still holds a special place in his heart. He remains a passionate St George-Illawarra Dragons fan and follows their progress with fervour.

“I was born and raised in Coniston,” he says. “I grew up at the top of the hill, right next to the Coniston Pub – it doesn't get much more grounded than that. I’m very proud of where I come from, and that will always be home.”

Ivaneza believes that internships can mean all the difference in the early stages of a career – and his own experience with American Express makes him living proof. 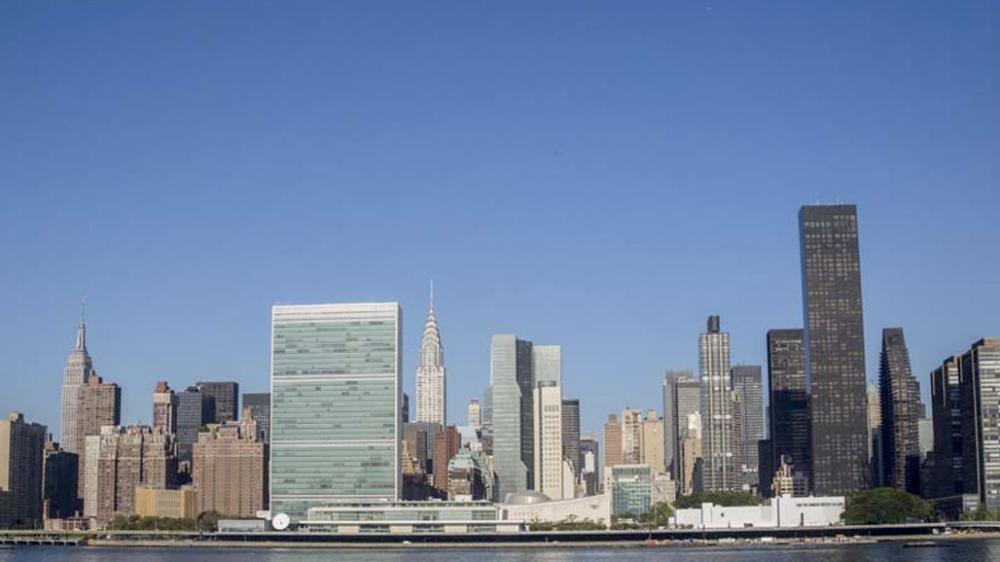 “I feel strongly about this – it is pivotal for graduates coming through to differentiate themselves,” he says. “There's nothing better than building real-life work experience: starting from the bottom, developing core skills, meeting different people, learning what they do, and building relationships. Someone said to me many years ago that relationships are the path to your next job.”

He maintains a strong connection with UOW and hopes to be able to create a pathway to inspire the next generation of alumni to put their hearts and minds into achieving their dreams.

“It is important to give back to the University; to help our graduates get good jobs, apply what they’ve learned and give them the opportunity to take it to the next level.”

The Wall Street game isn’t for the fainthearted. Despite being told by many that he wouldn’t make it there, Ivaneza has survived and thrived, ably weathering the storm of the Global Financial Crisis when many other senior executives and their companies went under. He also experienced the September 11 attacks; he lived a block away from the World Trade Centre on that tragic day, losing all of his possessions and being displaced for five weeks, yet he refused to give up on his dream. He believes that fortitude is the foundation of his success.

“I don't believe in a grey area; if you stay focused and fully engaged, you get the maximum out of it,” he says. “It's great to have foresight and vision – we all need that – but if you focus on delivering in the present, it makes a world of difference: you drive results and get runs on the board.”

He says that a sage piece of advice, handed down to him at age 18 by a more experienced colleague on the brink of retirement, has always stuck with him.

“She said to me: ‘Peter, the higher you are, the thinner the air, the easier you fall'”, he recalls. “If you keep your feet on the ground, you can control your own destiny and direction. You can accomplish a lot in life by staying humble and focused.”

The last piece of advice he received from a school colleague before his journey began was to “dream big – do not follow the common path. Go where there is no path and leave a trail.”