As the world continues to open up and boundaries become more fluid, the notion of identity becomes ever more complex.

Chinese-Australian artist Dr Dongwang Fan’s art is a stunning exploration of the shifting sands of human cultural diversity and perspective.

Born and raised in China, underlying Fan’s artistic practice is a rigorous – often rigid – education in traditional Chinese art forms. He studied at the Shanghai School of Arts and Crafts, mastering calligraphy, drawing, sculpture, and the delicate art of ivory carving, before turning his hand to Chinese ink painting and Western styles of oil and acrylic painting, photography and graphic design. These disparate elements combine in a fluid and visually challenging way in his work to examine the relationship between the varied cultural aspects that define us.

“My continuing movement between China and Australia enables me to develop a constantly shifting perspective; it also gives me the ability to develop a unique visual language that reflects my ambivalence towards my identity,” he explains. “I take the forms of three-dimensional traditional Chinese low-relief carving and place them on a two-dimensional painting surface, combining principles of contemporary Western and traditional Chinese art.”

Fan came to Australia in 1990 under a distinguished talent visa scheme. After more than 30 years living in Shanghai, he sought the freedom of expression that Western artists often take for granted. His education and youth were shaped by the restrictive regime of China’s cultural revolution in the mid-1960’s; he recalls as a young child the day his teacher collected all the students’ textbooks, telling them not to return to school the next day. The revolution was to continue through most of his school-age years.

“I very much wanted to study, to gain knowledge and learn the traditions, but the cultural revolution destroyed all my hope of this at the time,” Fan says. “We did return to school from time to time, only to find that all the reading materials had changed; it had all become communist propaganda.” 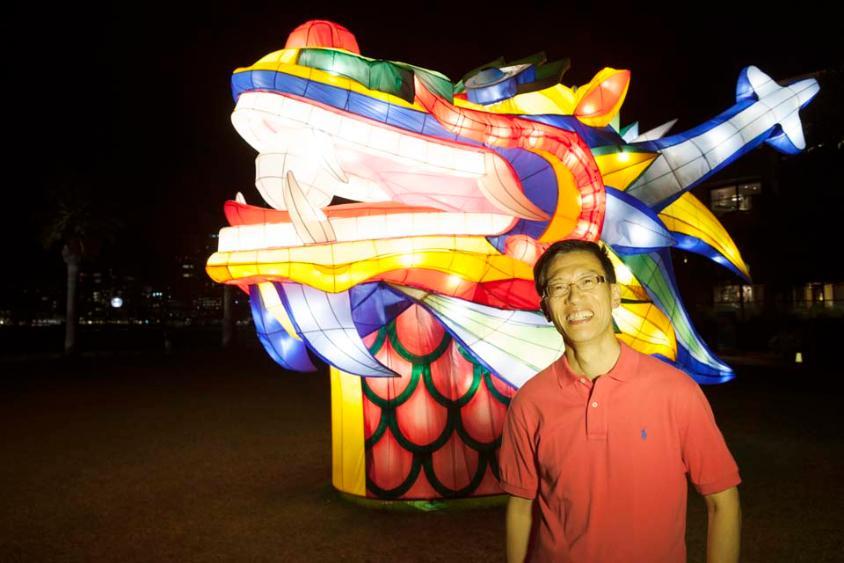 While other children played in the street, Fan nurtured his curious mind. He read voraciously and sought out learning opportunities from those around him, including his uncle – a respected artist known for his skill as a painter and watercolourist, to whom he credits his choice of career.

Despite limited access to early education, Fan is arguably one of Australia’s most qualified artists. In addition to his studies in traditional Chinese art he holds a Master of Fine Arts from the College of Fine Arts at the University of New South Wales, and in 1999 was awarded a Doctor of Creative Arts from the University of Wollongong. He says the marked difference in education between the two countries was something of a culture shock – from China’s rote learning to Australian lecturers asking him to criticise, analyse, and put forward his own ideas.

“At the time I was thinking: how can we challenge the experts, the authority? But through this I came to understand the postmodern notion that there is no such thing as a universal truth – it’s a viewpoint from different walks of life.”

Fan has achieved eminence in the notoriously competitive art world. He has won numerous prizes and grants, was a Sulman Prize and Wynne Prize finalist, and his work features in public and private collections in both China and Australia. He was included in Casula Powerhouse Art Centre’s seminal Shanghai Star touring exhibition, and has exhibited in the likes of the National Gallery of Australia.

He is also a celebrated figure in Sydney’s Chinese community, selected by the City of Sydney to design one of twelve large-scale zodiac lanterns for the much-anticipated Chinese New Year Celebrations in 2016. Fan’s six-metre high dragon lantern took prime position at Dawes Point, looking over the harbour to the Sydney Opera House and enchanting the hundreds of thousands of visitors to the site.

Considered one of China’s most influential diaspora artists, Fan has embraced Australia’s culture and people, and intends to remain living and working here indefinitely. His latest work tackles the Australian landscape, specifically its iconic gum trees, rendering them in a style reminiscent of the floating landscapes of Chinese panel paintings. It’s a wonderful metaphor for an artist working in the space between two cultures.

“I think it is essential for artists like me to continue to foster cultural links and exchanges between Australia and China, for the benefit of both countries.”