Creativity - an inside job

Acclaimed painter and printmaker Guy Warren AM believes that creativity is in everyone – it’s just a matter of thinking outside the box and trying something different.

“It belongs to everybody,” he explains. “It's about trying harder, being curious, and seeing what will happen. I don't want to keep on painting the same painting all my life; it's immensely important to be curious.”

This inquisitiveness, fed by a lifetime of rich experiences, underpins a distinguished career spanning 80 years. Leaving school at 14 years of age, Warren dabbled in journalism and took drawing classes with a view to cartooning, but World War II broke out soon after. He served for five years in New Guinea and Bougainville, where his talents took a different turn and provided him with an avenue to escape the boredom and hellishness of war. He took to sketching his fellow soldiers playing cards, and became captivated by the visceral connection of the New Guinean natives to the land.

“They have tribal decorations, but frequently, if you gave them something they would use it to decorate themselves with – they would put it in their hair, or around their body in some sort of way.

"It seemed to me a wonderful metaphor for the idea of belonging to the land, to the environment.” 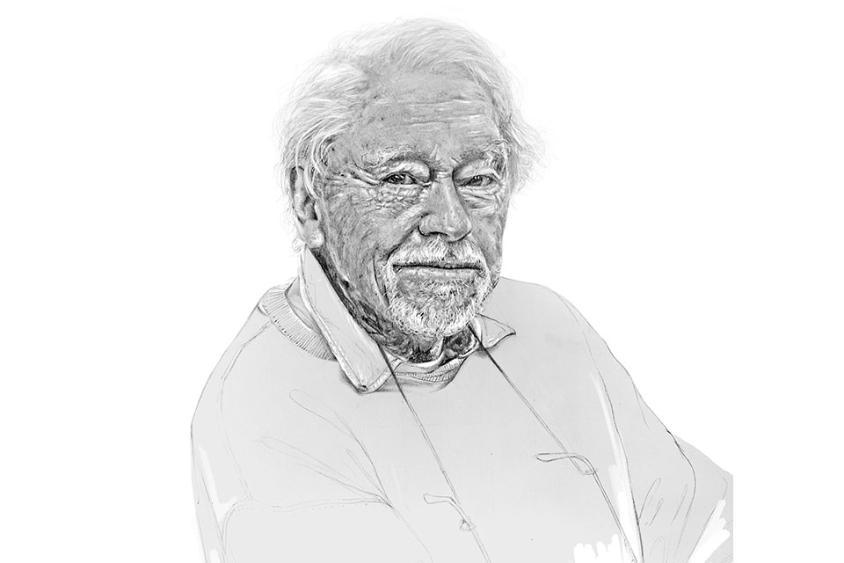 Warren’s fascination with this symbiosis of people and landscape, and a deeply ingrained love of the rainforest, was to become a recurring feature in his work. Some ten years later, living in London with his wife, he felt a disconnect with painting the local scenery and his imagination returned to New Guinea. Around this time, he saw a documentary featuring dancers in the New Guinea Highlands; he telephoned the BBC hoping to source some stills for inspiration, and soon after received a call from the then unknown filmmaker – Sir David Attenborough – saying he had plenty of photographs, and asking if he would like to meet for a drink.

“I did a lot of work from my memory and from his photographs,” Warren recalls. “Then I invited him and his wife around to our flat and showed him the work. I gave him his photographs back, and he took a painting in return.”

The pair have remained friends ever since, and Warren is thrilled that Attenborough still has the painting – in a television interview with Andrew Denton for ABC’s Enough Rope a few years back, it could be seen hanging behind him on the wall of his home.

Warren says his time in London, in the years when the world sought release after the war, was a tremendously exciting period.

“Everybody wanted to forget the war, to forget the horrors that they'd been through. Every artist, every writer, every actor wanted to get back to what they wanted to do and make a name for themselves quickly. In the art scene, the commercial galleries were showing again; all the Europeans were beginning to show in London again, the Americans were beginning to show, and the first of the Abstract Expressionists’ paintings were showing.

“I was working every day of the week, and then painting every weekend and every evening. On Saturday mornings I used to go around the galleries, and what that did for you was to make sure you went home wanting to do better.”

Warren and his young family returned to Australia in 1959 to an art scene that paled in comparison to the exhilarating rebirth happening in Europe. He taught, worked in advertising, and continued his prolific artistic exploration.

“Art is about looking for questions and trying to find answers; it's about being creative, about pushing yourself and pushing ideas,” he says. “It's always difficult to start. Once you start, it becomes a process, and you keep on working. I think there is a strange compulsion to make marks on a flat surface; it is a primal urge.

“The great problem in making art is this battle we all have between intuition and logic; one can become too logical about the work. If one could only get back to the innocence of childhood – where one doesn't think too much but simply does – then I think it would be a great deal better.”

Over the years, he has held more than 60 solo exhibitions and as many group shows across Australia and the United Kingdom, taken up residencies in Paris and New York, and is represented in the collections of leading galleries around the world.

In 1985, Warren won the coveted Archibald Prize for Flugelman with Wingman, a portrait of his friend and fellow artist the late Bert Flugelman. The portrait is a cornerstone of the University of Wollongong (UOW) Art Collection, of which Warren was Director from 1992 until 2005 and played a major role in shaping. The collection brings together the work of senior UOW students with some of Australia’s most celebrated artists, and its depth, diversity and accessibility are widely acknowledged. 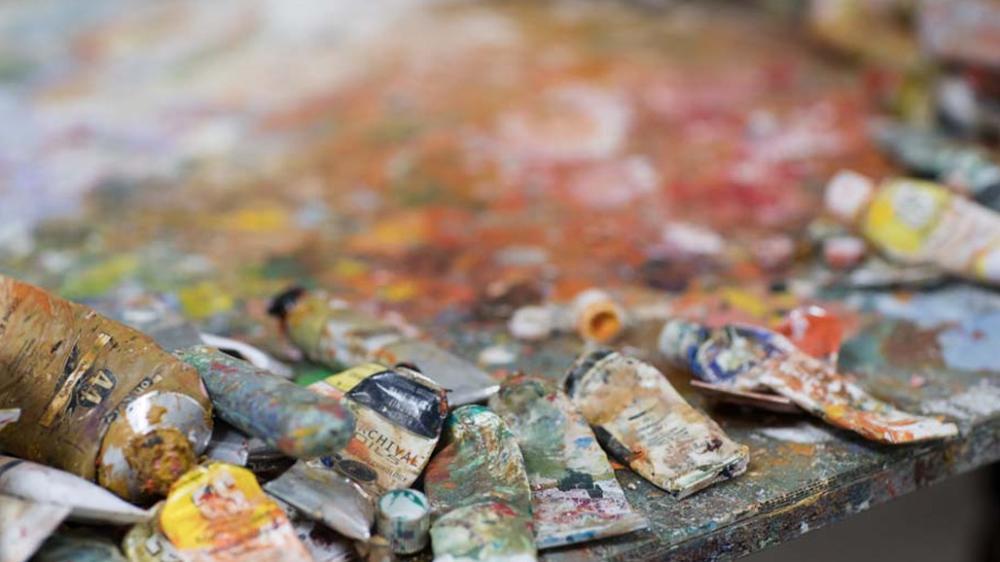 “I certainly thought it was important for students – whether they're doing medicine, or economics, or whatever – to have some art to look at,” he recalls. “We didn't put them in the gallery; we put them around the corridors so that anybody walking to a lecture room, to their offices, anywhere, could see them.”

Warren has also made an indelible mark on arts education in Australia. He has lectured at the University of Sydney and the University of New South Wales and was integral in establishing the Tin Sheds art workshops and the Sydney College of the Arts. Led into teaching by good friend and influential artist Lloyd Rees, he found he had a gift for relating to students and quickly overcame his fear of feeling foolish amongst career academics.

“I found, for the first time, that I could talk to students and enjoyed talking to them – and found, to my further astonishment, that they liked me talking to them. I learned as much from them as I gave them; teaching is always fun when it's a two-way thing.”

Feasibly one of Australia’s oldest working artists, the man and his prodigious career display no signs of slowing: Warren is working towards a show in Melbourne next February, and April this year marked his 95th birthday with a solo exhibition at SH Ervin Gallery. Helping him pick through old work to decide what should be discarded, former Art Gallery of NSW curator Barry Pearce saw the visual and conceptual connections running through the extensive body of work and offered to put together a show; by sheer good fortune, the artist’s milestone birthday was the only date the gallery had available.

“It was the greatest 95th birthday bash you have ever seen,” he says. “Some of the works I hadn't seen for 50 or 60 years, so it was a surprise and a delight to see them. I must say, I thought some of them were a damn sight better than I remembered.”