A passion for journalism

As a high school student, Kumi Taguchi developed a love for documentaries and stories from around the world: a passion that’s evident in her work as a senior anchor on ABC News 24.

“I always loved the news and trying to figure out the whys of the world. Journalism seemed to be the place that fed that curiosity,” says Kumi.

Taguchi’s path to journalism is a little unusual. An accomplished violinist — playing since she was just five years of age — she was encouraged by her music teacher to enrol in the Bachelor of Creative Arts (BCA) program at UOW. While her music skills offered a pathway to university, the multidisciplinary approach of the BCA also appealed to her.

“As soon as I stepped onto the campus, I felt at home. I saw so many faces from different countries. I loved the casual feel of the place. I loved the grassy lawns and the peacefulness. It felt like I could be myself there and find my own way.”

People are often surprised to discover that Taguchi didn’t study journalism. “For me, the way I forged my career path was ideal: I was able to fill every part of my curiosity and think about ideas from so many different perspectives,” she says. 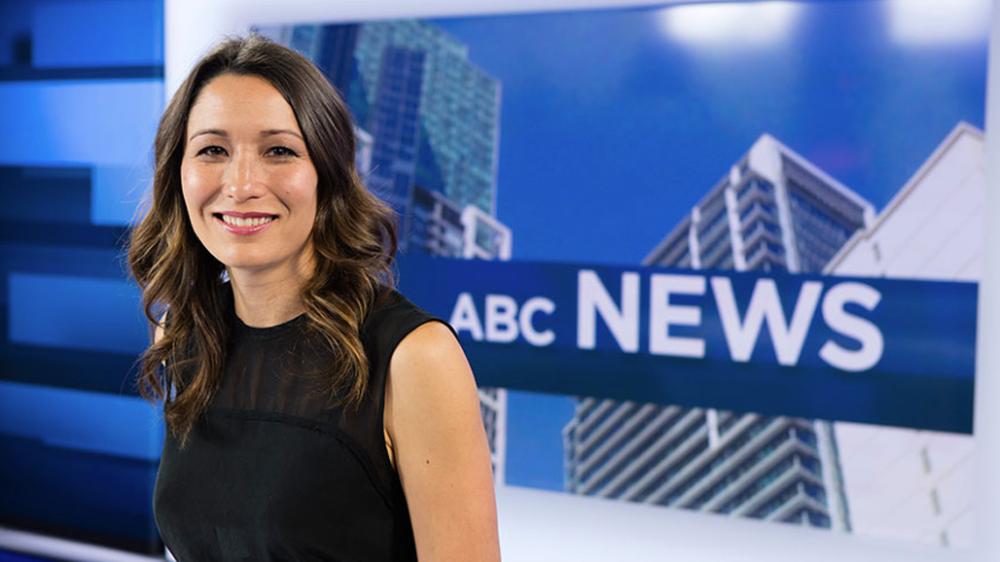 “Journalism is, and increasingly so, a very technical profession. You need to learn a multitude of skills to make it through a day: from desktop editing to news software and super-fast social media skills.”

This flexibility, along with her engaging, empathetic style and natural sense of adventure, has served Taguchi well: her journey has taken her from an entry-level role with the ABC — answering phones and picking up dry cleaning — to a rich career as a journalist and news presenter across the ABC and SBS.

She also spent some time living and working in Hong Kong, which she regards as a great time in her life. “I was meant to stay for two years but it ended up being six: it became ‘home’,” she explains. “My main job was reporting and anchoring for a local TV station, in their English News department. It meant local salaries (low), local rent, local everything. It also meant I had to see Hong Kong through the eyes of those who lived there: understand the politics of the place, education, how young people were feeling, what the social problems were.”

Taguchi has seen a lot of change since starting out in the industry, when there were just five TV channels and no internet. “My role is incredibly multifaceted — because of the diverse audience. We have people who watch 24-hour news, appointment TV, or read content online. I anchor, report and write. I produce content for multiple platforms: radio, TV and online.”

She loves presenting from the studio and reporting on-site from the heart of a breaking news story in equal measure. “As much as they seem to be polar opposites, they’re actually quite similar,” she says. “You need to be honest with your audience, give them as much clear information as you can, treat them and your guests with respect, and let some of your own personality shine through.”

Taguchi has had some very moving and memorable experiences on the road: reporting from the Blue Mountains bushfires in 2013 alongside a community struggling with the magnitude of the disaster; the physical and emotional challenge of covering the Sydney to Hobart Yacht Race in 2014 from the open sea; and, last year, spending two weeks inside a rehabilitation facility for war veterans suffering from Post-Traumatic Stress Disorder (PTSD), after over a year of trying to gain access.

“It was a tough two weeks. I was there on my own and was hearing long, detailed accounts of people’s experiences of life after war,” she recalls. “I was determined to challenge my own perceived areas of knowledge and see whether anything new came out of my time there. So, I went in with a blank notebook and a pen and simply wrote and observed: like reporters of old.”

Her interest in the issues faced by returned soldiers has since fed into another of Taguchi’s passions: running and adventure. The 39-year old, who completed the gruelling Australian Outback Marathon in 2013, is now turning her attention to expanding the Soldier On 5km, a weekly fun run as part of a wider initiative to help shift the dialogue around veterans and blend the military and civilian worlds.

It’s indicative of a life spent giving a voice to the concerns and issues faced by others. “At the end of the day, journalism is a voice. It’s about how you see the world and the questions you ask.”

“UOW let me ask so many questions and express them in so many different ways. That flexibility has been incredibly important to my career because it never follows a linear path, and having the ability to re-shape and re-direct that curiosity has been vital to sticking in the game long-term.”