The dream job for 'tech-heads'

UOW alumnus Sunil Chandra leads the team that not only hires and assesses the best candidates to work at the ultimate tech-heads’ dream job, but supports them once they’re on board.

Being top of the class isn’t the one thing that is going to get you through the door at Google. Of course you have to have a pretty good grasp of computer technology to land a job as an engineer, but at this global giant, those that are hiring are looking for a lot more than academic skills.

As the head of Google’s People Services, Chandra is tasked with finding the next generation of ‘Googlers’ (as Google employees are called) to grow their teams globally. While the skills required across roles may be different, the key attributes are remarkably consistent and competence in the domain (technical or otherwise) is only one of them. The others include a capacity for humility or ‘Googleyness’; an ability to think quickly and come up with solutions on the fly; and leadership, which includes the ability to admit when they’ve made a mistake.

“Technology is fundamentally about people. There is so much possibility for technology to make people’s lives better and it goes so far beyond automation,” Chandra says.

“At Google, we use what we call the toothbrush test. People should (hopefully) use a product twice a day and it should meaningfully improve their lives. We want to let technology do some of the heavy lifting so people can get on with life, which can include everything from directing you around traffic with Google Maps or pulling up a boarding pass when you need it with Google Now.”

Chandra’s team has revolutionised the way in which Google handles its recruiting and human resources operations—which at a workplace of roughly 55,000 employees in 100 locations is no small feat.

However, if you asked him when he graduated from UOW in 1995 with a Bachelor of Engineering (Class 1 Honours) whether he’d find his niche in that far-from technical area of human resources rather than the hard-edged science of computer engineering, he probably would have laughed.

“But if you think about software engineering—it’s part art and part science; and if you think about all the great products out there, it ultimately comes down to the quality of people and the culture of the organisations for which they work,” he says.

“So a lot of the skills I developed in engineering—systems thinking, problem solving, scale and structure—are an incredibly useful foundation. It also helps to understand what the folks that build products at Google do and how they approach problems.”

After leaving UOW Chandra learned the way in which the art and science of computer engineering can come together in a seamless transition, a lesson that was instrumental in attracting the attention of Google.

Supporting employees at some of the world’s largest and most influential organisations has been a hallmark of his career. From his first job at Coopers and Lybrand in management consulting services dealing with customer care, to his position at Barclays Capital as the COO of Global Services Technology providing technology services in 13 Asia Pacific countries, supporting 2,000 employees and indirectly providing infrastructure for another 25,000.

So looking after tens of thousands of employees was not new to Chandra when he took up the position at Google in 2007. These days, in addition to providing people-related services to Google’s 55,000 employees across the world, his team is responsible for hiring several thousand people each year from among the two million applications  they receive.

Even with such a seemingly monumental task, Chandra says the culture at Google inspires not just him but all those fortunate enough to get their foot in the door at the company.

“[The Google office] is less shocking and more inspiring. We work hard to create the healthiest, happiest and most productive work environments possible that support peak performance and inspire well-being of everyone at Google,” he says.

“And that’s because Googlers are the best thing about Google. So not only do you come to work in an environment that’s set up to help you innovate and experiment, you get to work with some pretty amazing people who are there to do the same. That’s why we believe hiring is the most important thing we do at Google—it makes everything else we do possible. We’ve worked on building processes and systems to help us scale our hiring of course, but having everyone keen to pitch in and find new Googlers makes hiring at this kind of volume a much easier task.”

And, Chandra says, some of those new Googlers could come from Australia, more specifically from UOW.

“There is a tonne of great talent in Australia, which is part of what motivated Google to open an office in Sydney. We know there are great people there and have been able to build some pretty key products including Maps and Drive for Mobile out of our Sydney office as a result of the calibre of talent in the continent,” he said.

“Australian graduates tend to have a very can-do approach, tend to have great exposure to multiple cultures at university and beyond, and obviously have extremely strong skills—which makes for a great hire.”

As technology makes it easier to do business for everyone everywhere in the world, it means that a company like Google really champions the fact that it’s employee base should reflect that. Chandra is still a firm believer that Google hires the best from everywhere in the world regardless of background, and he is passionate about encouraging more women into the often male-dominated world of computer information technologies.

“Women have always had a profound impact on technology. From trailblazers like [computer scientist] Grace Hopper to Australia’s own Frances Rosamond, who not only made her mark in computer science, but was passionately committed to removing barriers for women to study and work in STEM [science, technology, engineering and math],” he said.

“There’s lots more to do here and at Google we’re always looking for women who want to do things that can change the world. That’s really what creating new technology is all about—making people’s lives better. And the more women joining the effort, the better  job we’ll be able to do for our users.”

Chandra believes that even as the world has become more globalised, what hasn’t changed is the need for companies like Google to utilise  local knowledge.

“Even if you look at a company like Google, market-specific expertise is incredibly important to us because without it, we wouldn’t be able to develop products that reflect the needs of, and make sense for, our users globally. Working overseas does give  you a new perspective, but it’s not the only thing necessary to be successful,” he says.

“There are two things that come to mind [when I think about advice for new graduates]. First, be open to opportunities—you never know what will come up, but if you stay intellectually curious, you’ll do well. And second, whatever you do, do it well—no matter how big or small the project, an attitude of excellence will get you noticed.” 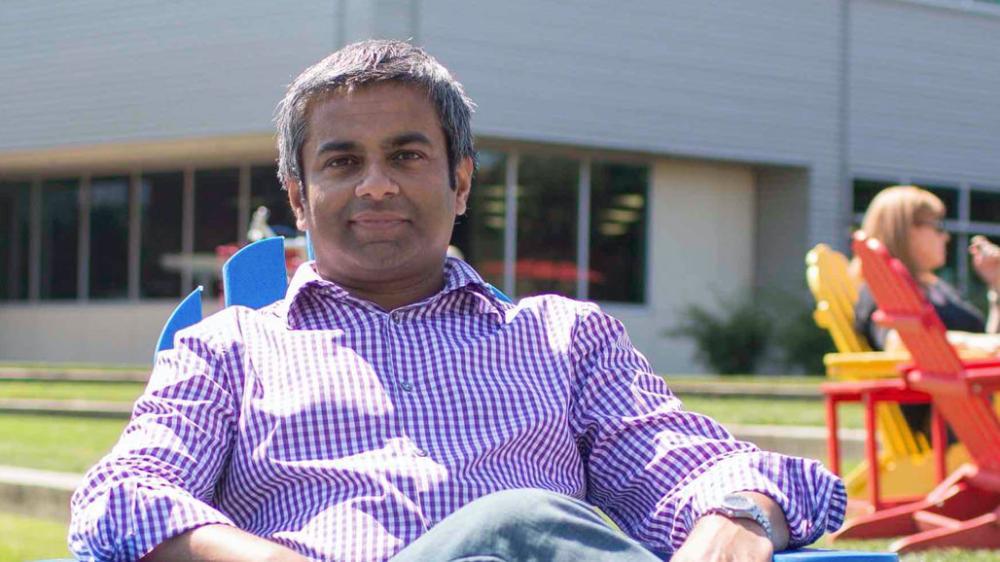