Annabella Ruperto, aged 5, from Coniston Primary School took out the honours with the name, Captain Hook.

“I thought of the name because the crane has a big hook on the end and he’s captain of the worksite,” Annabella said. 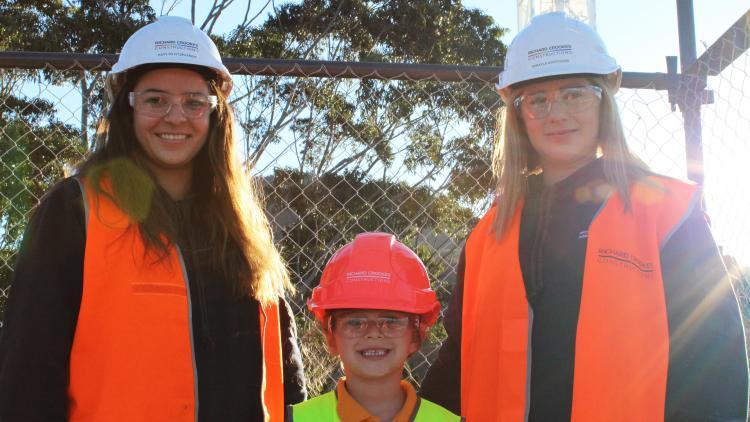 Annabella was proud of her win and is set to be very popular amongst her class mates. Not only does she have the honour of seeing her winning name flying high above the Wollongong skyline, she’s also won an excursion to the Early Start Discovery Space and the construction site for her whole class! This will be Annabella’s first time visiting the Discovery Space.

This fun initiative was designed to engage children in the exciting construction project and shows RCC’s commitment to making a positive community contribution with every project. Children were also lucky enough to experience free on-site tours of the construction site during the recent school holidays to see what happens behind the scenes and even try out some of the equipment.

RCC Building Cadet, Mikayla Kostovski see these tours as a great way to further a child’s interest in construction.

“We love giving the children insight into the construction industry and ideas for future careers,” Mikayla said.

Four researchers named as ARC Future Fellows Catching dreams and connecting with like-minded people The book that changed me: Hugh Brody’s The Other Side of Eden showed what hunter-gatherer societies can teach us today
Close