Andy comes into this role with an extensive coaching history within the Canterbury Region. He has recently filled Head Coach roles at Christchurch Boys’ High School and the Canterbury B side after two seasons as defence coach. Andy has been an assistant coach for the Crusader Junior XV for the past 5 seasons, responsible for backline attack through to team attack. He has been a significant contributor to the positive learning experiences for the young men in this program, notably the 2021 "learn to fly" campaign.

In 2018 he was also involved with the successful Crusader Development side under Joe Maddock and Nathan Mauger and has been the lead coach for midfield position-specific group training during the pre-season for the Crusaders Academy.

Andy’s wide range of experiences holding multiple coaching profiles in several environments within our Crusader setup has set him up to make an extensive impact on the UOW Global Rugby Program athletes and the program as a whole. Matt is the Program Manager for UOW’s Global Sport Programs which means he works directly with coaches and students to develop a program of rugby content that is tailored around students’ academic commitments and rugby coaching needs.

Prior to joining UOW in 2019, Matt spent 9 years working in elite sport as a Team Manager and Operations Manager for some of Australia’s best known sporting teams in both Rugby and Football.

During his time with Rugby Australia, Matt was the Wallaby Team Operations Manager where he grew his knowledge of what it takes to create a high performance and professional rugby environment. The knowledge gained throughout his time in international rugby will be key in providing you with a program that will help you get the most out of your ability. 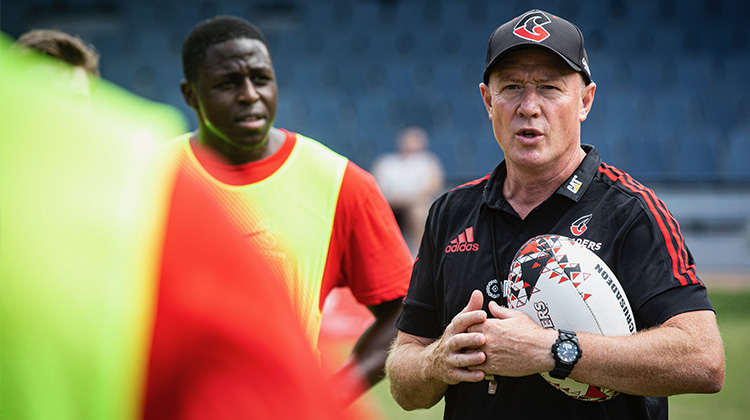 Grant has been involved in rugby coaching since 1999 where he started out coaching his local Christchurch club with the Premier Colts side. From 2002 through to 2006 he coached at the infamous Ponsonby Rugby Club, leading their Premier side to the Auckland Championship in 2004, 2005 and 2006. Following that success, Grant and his family moved to Japan where he coached professionally in Japan’s Top League with Toyota Shokki.

On return to NZ, Grant coached provincial the Mid Canterbury Provincial side (2012-2015) and Head Coach of the New Zealand Heartland XV (2015) playing two tests vs. the touring Australian Barbarians side.

In 2016 and 2017 Grant was the assistant coach for the New Zealand Black Ferns, a time during which they won 12 of 13 test matches, culminating in winning the Women’s Rugby World Cup. The Black Ferns were voted the worlds best rugby team of 2017, a first of any women’s rugby team. 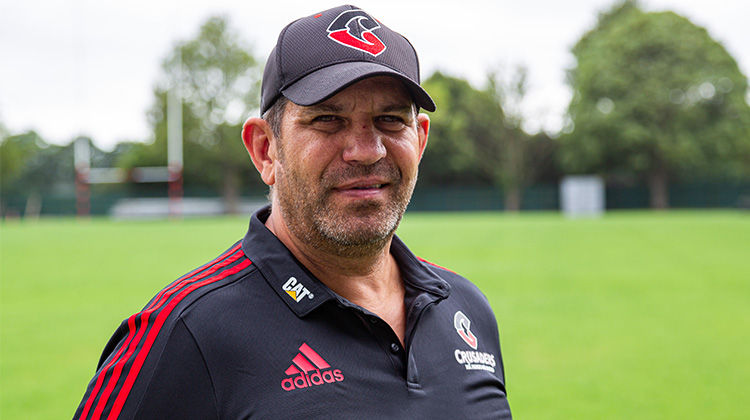 Simon, is a highly experienced and sought after coach, developing his skills as a Head Coach and Director of Rugby within the Crusaders / Canterbury and New Zealand Rugby systems. He filled the role of Head Coach at Christchurch Rugby Club, the oldest Club in New Zealand, for 5 successful years before taking on several roles in the Crusaders High Performance Academy and Canterbury Representative program.

His track record of success is very impressive he was Assistant Coach of the Seattle Seawolves winning the MLR title in 2018.

Simon is a specialist in Set piece and has a passion for working with Forwards, this compliments his abilities as an attack and breakdown coach and will be working with the Global Rugby Program as a specialist. coach in this area. Having played representative rugby league, cricket and touch football, physical performance has always been central to Mitch's life. His passion for sport and fitness led him to complete a Bachelor of Science (Exercise Science) at UOW and a Master of Exercise Science (Strength and Conditioning) at Edith Cowan University.

Mitch is responsible for the physical development of the students in the GRP and will work with the other coaching staff to develop individual programs to ensure each students area of focus is relevant to the areas they are looking to develop. Having always played sport when younger, Brad started to understand the importance of training and health and wanted to learn more about it. This led him to complete a Bachelor of Exercise Science (Sport and Exercise Science) at Western Sydney University and Master of Sport Science (Strength and Conditioning) at Edith Cowan University.

Brad has been with the Illawarra Academy of Sport since October 2020 and will work with GRP students to get the most out of their gym and performance programs.