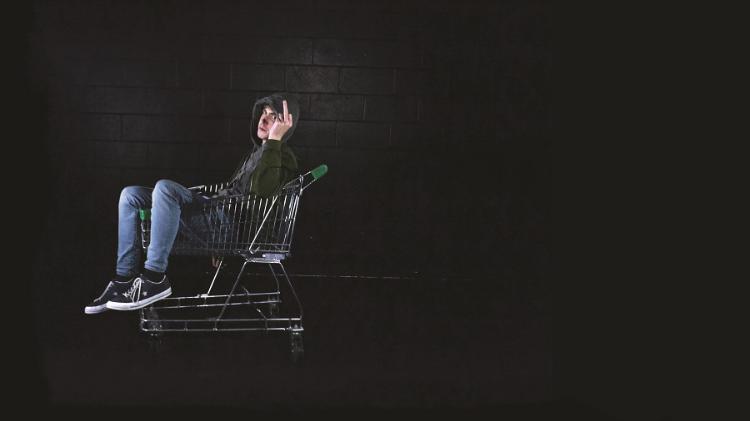 I arrive at the mall at 10am. The lights from all the shops and all the displays and all the screens are dazzling. I breathe in. I’m here. The centre of the universe.

Short, sharp scenes intersect and collide in a suburban mall. Sophie’s not sure if she has a job anymore. Fiona really shouldn’t be speaking that way to Josh at work. Someone’s lost. Someone’s late. Someone can’t take it anymore. Central Plaza is a kaleidoscopic view of the harsh realities of contemporary wage theft. 12 students create over 50 characters in this incisive and galvanising new work.

This new Australian play has been specifically developed for these students, responding to stories of casual and insecure employment in the Illawarra. Written collaboratively by three playwrights, the text’s sense of rebellion and riot is given a raw and intimate staging in this premiere production. Director, Mark Rogers, says of the work –

We all know that casual employment is fraught with underpayment and poor work conditions. But the extent of the exploitation revealed in these student’s stories is shocking. This is happening here. Now. In our city. On our campus. The bravery of these students in confronting such an important issue is astonishing. I can’t wait to share their work.

Mark Rogers is a playwright and theatre-maker living in the Illawarra. He has made critically acclaimed works with some of Australia's most innovative independent companies: Bodysnatchers, Applespiel, re:group and Woodcourt Art Theatre. His previous work as a writer includes: Tom William Mitchell (Merrigong Theatre Company), Plastic (Old 505 Theatre), Target Audience (Novelty UK), The Buck (Rock Surfers, Bondi Feast), Soothsayers (Brisbane Festival: Under The Radar), Blood Pressure (Rock Surfers, Old Fitzroy Theatre) and Gobbledygook (PACT, AC Arts Adelaide). His play Blood Pressure is published by PlayLab. His play Superheroes was shortlisted for the Silver Gull Play Award and the Rodney Seaborn Award. He also makes work as a part of performance collective Applespiel and has been involved in all projects 2008-present, including seasons at major theatres nationally and internationally. He holds a PHD from the University of Wollongong, where he works as a Lecturer in theatre and performance. He is a proud member of the NTEU.