Faculty of Engineering and Information Sciences, Institute for Mathematics & its Applications (IMIA), School of Mathematics and Applied Statistics 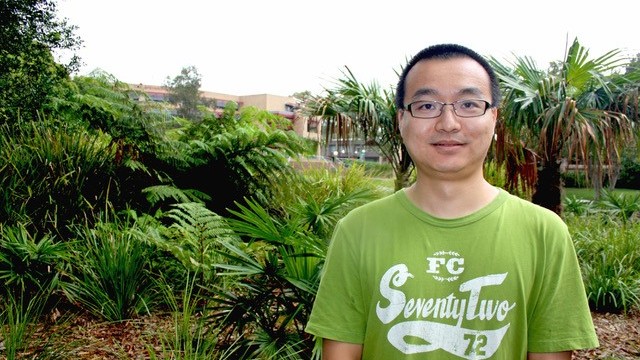 The University of Wollongong is pleased to announce Dr Jiakun Liu from UOW’s School of Mathematics and Applied Statistics has been included in the Annals of Mathematics. This is a significant achievement for Dr Liu not only professionally, but Dr Liu is also the first UOW Mathematician to be included in the prestigious academic journal.

The Annals of Mathematics is a bimonthly journal founded in 1884 and published by Princeton University with the cooperation of the Institute for Advanced Study. UOW’s Dr Jiakun Liu’s recent paper “Global regularity for the Monge-Ampere equation with natural boundary condition” with Shibing Chen (USTC) and Xu-Jia Wang (ANU) is one of only 17 papers with (Go8 only) Australian authors to appear in the Annals. This is not only significant for Dr Liu but also the mathematics research community with Dr Liu’s paper developing new tools and methods.

“In our recent paper the research developed new tools and methods, which have potential applications in geometry, optics, and computer sciences such as artificial intelligence and image recognition.” Dr Liu said.

“My primary research area is fully nonlinear partial differential equations (PDEs), in particular Monge-Ampere type equations and their applications in geometry and the optimal transport problem.

“The optimal transport problem seeks the most efficient way of transporting materials from a resource domain to a target domain.” Dr Liu explained.

“In our recent paper we obtained the sharp global regularity of optimal mappings in the critical case when the domains are merely convex but not uniformly convex.” Dr Liu stated.

Dr Jiakun Liu received his PhD in 2010 before commencing a Lectureship at UOW’s School of Mathematics and Applied Statistics in 2013 and became a Senior Lecturer in the faculty by 2016.  Dr. Liu is also the Director of the Centre for Nonlinear PDEs within the faculty’s research Institute for Mathematics and Its Applications.

For further details on Dr Jiakun Liu’s Global regularity for the Monge-Ampere equation with natural boundary condition research, the full article is freely available through the Annals of Mathematics.