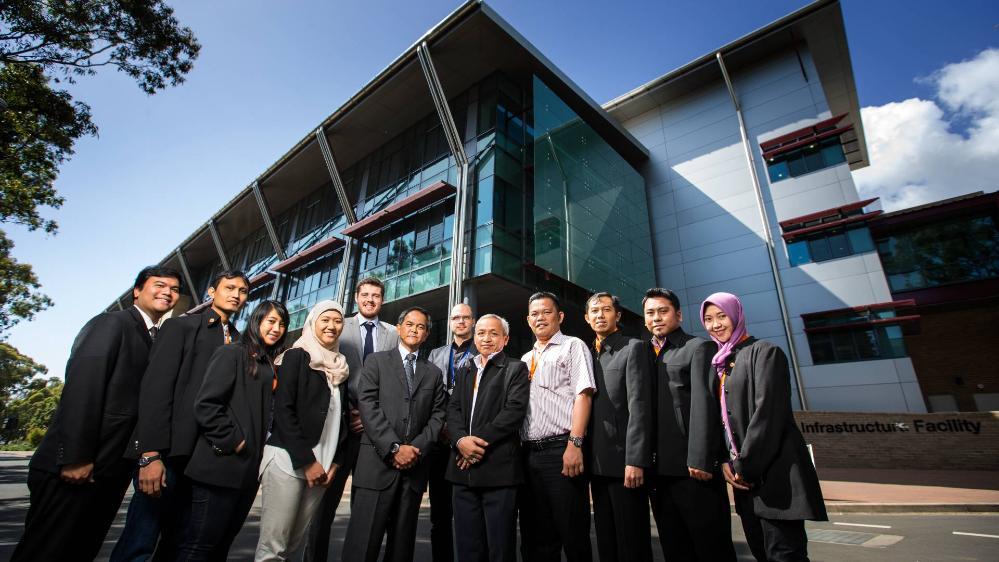 Right from the start of SMART, one thing was always clear: If you want to be Australia’s leading infrastructure facility, you have to be in the world.

The benefits of international collaboration – and the need to inspire early career researchers – lead to the foundation of an international network.

“This was really our gift to the world,” chief operating officer Tania Brown said.

The formation of ISNGI (International Symposium for Next Generation Infrastructure) came off the back of a visit from the UK by Professor Brian Collins.

He spoke at SMART’s first policy forum in Canberra in 2011 – before the building on the UOW campus had even opened.

“A conversation started around early career researchers and getting them interested in integrated infrastructure planning and management,” Brown said.

“We wanted to build a international cohort for our researchers to build their publication record.”

The first symposium was held in Wollongong in 2013, followed by similar events in Vienna, Washington, London, and Buenos Aires.

Yet the networking is just the start.

One of the most successful early international collaborations was the PetaJakarta Project.

The PetaJakarta project (2013-2016) delivered an operational information system still in use today. It has drastically reduced the time and cost of situational awareness, empowered citizens to report flood information through social media, and improved human adaptability to environmental disasters.

According to Senior Professor Pascal Perez, Director of SMART, “This model for emergency response is now seen as best practice by international agencies and has been further adopted in seven cities in four countries.”

More recently, SMART has secured funding from the University Global Partnerships Network (UGPN) to develop a partnership with the Global Centre for Clean Air Research (GCCAR) at the University of Surrey (UK), focusing on air pollution in cities.

SMART director says the funding is just the beginning of a long-term partnership that he hopes will include researchers from other research institutions such as the University of Sao Paulo (Brazil) or the North Carolina University (USA).

“Whether it’s designing street micro-gardens, green walls on multi-storey buildings or wrapping bus stops with native climbers, we need to get smart about getting healthier cities,” Professor Perez said.

“Street canyons are the most polluted city environments, due to high traffic volumes and limited ventilation.

“Green infrastructure has many benefits, including combatting air pollution and making our cities more livable and cooler.”

Meanwhile, planning is in the final stages for the next ISNGI conference to be held in Rotterdam next year.

“We didn’t just want an online event because building the network was of such value that it was better to wait,” Brown said.

“Again, it’s about being interconnected.”