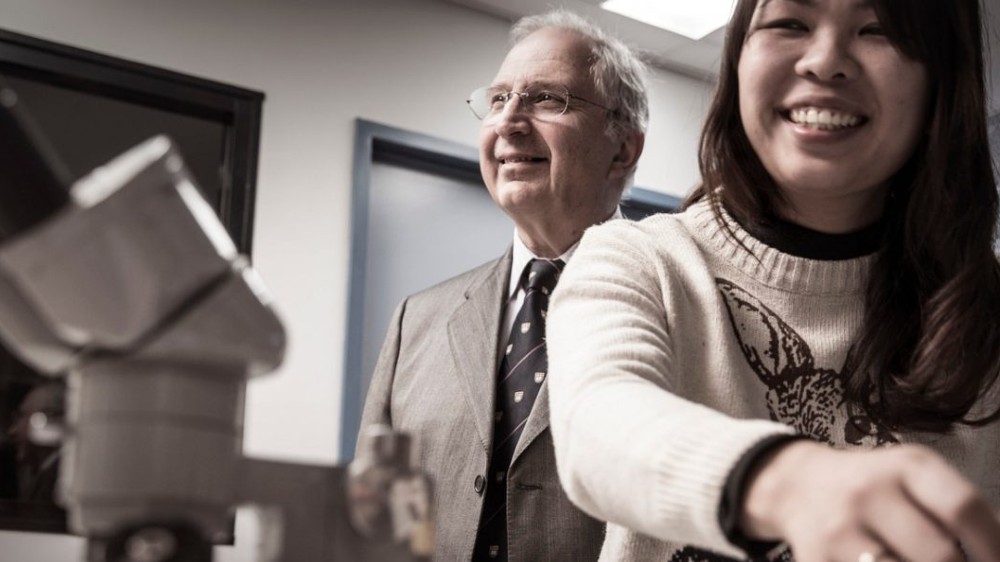 The Centre for Medical Radiation Physics (CMRP) continues its 100% success rate in scholarship applications for the Australian Institute of Nuclear Science and Engineering (AINSE) Research Award, continuing its strong and successful collaboration with ANSTO.

Marissa is working on the development of gamma radiation detection spectroscopy instrumentation to measure in real-time the uptake and location in a patient administered Gd-157 or B-10 based drugs leading to dose enhancement due to neutron capture reaction and additional gain in radiobiological efficiency (RBE) of heavy ion and proton therapy.

This technology has opened up new horizons in cancer treatment such as pancreatic cancer that currently has very poor prognosis in patient survival. Principal of NCEPT breakthrough technology for cancer treatment can be found in our publication https://www.nature.com/articles/s41598-018-34643-w

Sarah is supervised by Dr Moeava Tehei, Professor Michael Lerch, Associate Professor Stephanie Corde and Dr Daniel Hausermann from ANSTO’s Australian Synchrotron. A breakthrough in the treatment of brain cancer is long overdue. Many brain cancer survivors suffer from cognitive and somatic side effects of the treatment with increased risks in children.

This innovative treatment will lead to a new benchmark for improved survival, better quality of life and reduce health care burdens and expenditures. More about the principal of image-guided MRT technology for cancer treatment can be found in our publication: https://www.nature.com/articles/s41598-020-65729-z

Microdosimeter devices known as Tissue Equivalent Proportional Counters are currently in operation on the International Space Station to monitor the radiation environment astronauts are subjected to within the space station.

The project aims to utilise the already existing foundation of solid state microdosimetry at the CMRP and combine this with novel advanced materials such as organic semiconducting crystalline materials. In doing so the project aims to produce new microdosimeter devices with improved tissue equivalence, LET and angular independent detection.

Experimental validation of spectroscopy capabilities of organic materials of interest is the main focus of the collaboration with ANSTO. This is based on ANSTO facilities for alpha particle spectroscopy and IBIC (ion beam induced current). The project will also include a charge collection efficiency (CCE) study in cooperation with the Centre for Accelerator Science (CAS).

Radiation effects induced on electronics and astronauts by Galactic Cosmic Rays (GCR) entering the spacecraft are an extremely important issue especially for extended manned-missions in space. This project is an important contribution to the Australian Space Agency (ASA) roadmap.

Astronauts during space travel to Mars, which take up to three years expect biologically relevant exposure with GCR up to 1-3Sv. The development of a new composite materials to be used for radiation shielding of astronauts including space suites, shelters and electronics is paramount for a successful deep space mission.

Monte Carlo simulations carried out by Dr Tim Squire, who is a radiation oncologists with a strong interest in space radiation effects, demonstrates the advantage of graphene for radiation shielding against GCR to reduce the dose to astronauts.

This project is part of a collaboration with NASA. Developed and internationally recognised semiconductor microdosimetry instrument MicroPlus with Mushroom SOI detectors invented and developed at the CMRP is ideal for evaluating radiation shielding as predicting biological effects on astronauts and SEU in electronics.

This grant will support the fabrication of the MicroPlus (Mushroom) instrument and travel of CMRP PhD students and researchers to NIRS HIMAC (Japan) accelerator facility to mimic GCR radiation environment to study radiation shielding of graphene-based composite materials produced at the ARC Centre of Excellence for Electromaterials Science, led by D/Prof Gordon Wallace.

More about MicroPlus technology for shielding evaluation can be found in our recent publication https://ieeexplore.ieee.org/document/8848875