Faculty of Engineering and Information Sciences, School of Mathematics and Applied Statistics 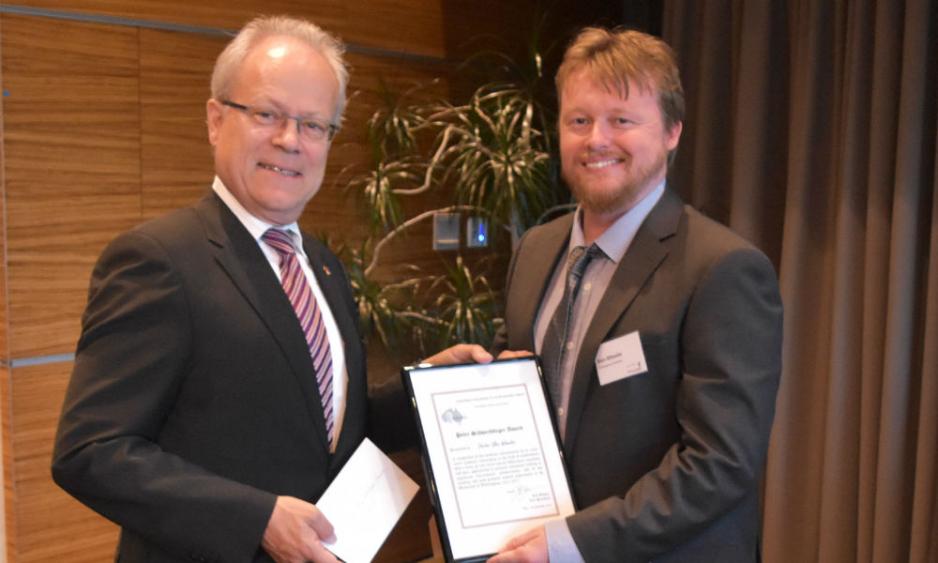 Dr Glen Wheeler graduated with a PhD from the University of Wollongong for a thesis entitled “Fourth Order Geometric Evolution Equations” in 2010. He was awarded a Deutsche Akademischer Austausch Dienst (DAAD) Research Fellowship for Young Scientists in 2008 for a project entitled “The Surface Diffusion Flow” and an Alexander von Humboldt Fellowship in 2010 for a project entitled “Higher Order Curvature Flow of Curves and Hypersurfaces” at the Otto-von-Guericke-University Magdeburg. He has also been a Visiting Fellow at the Max Planck Institute Golm, the Free University Berlin, ETH Zurich, Stanford University, MSC Tsinghua University in Beijing and the Korean Institute for Advanced Study, Seoul. He returned to a position of Research Associate at the University of Wollongong in 2012 and was promoted to Lecturer in 2015.

Dr Wheeler is an outstanding young Australian mathematician specialising in the area of nonlinear partial differential equations. Most of his research has been concerned with the motion of surfaces through their curvatures (called curvature flow), which has been one of the cutting edge areas of contemporary mathematics for many years, following crucial pioneering work done in Australia in the 1980s. As well as its intrinsic mathematical development, research in this topic has led to substantial technological advances including in semiconductor design, image processing and relativity theory. In a short time Dr Wheeler has achieved a formidable international reputation, mostly derived from his solution of problems arising from surface diffusion flows, and he is frequently a target of overseas invitations, particularly from Japan which is one of the main centres of research in this area. His Humboldt Fellowship was a key factor in his mathematical development as it connected him with some of those early pioneers such as Gerhardt Huisken and Klaus Ecker, who were both key players in the original Australian research in the 1980s.

On top of his research achievements, Glen Wheeler has, in a short time, demonstrated an impressive record of professional service including PhD supervision, currently supervising four PhD students, one completed, and conference organisation. His outputs to date include 20 peer-reviewed journal articles, including seven as sole author, five peer-reviewed conference papers and one sole-author book chapter.

Activities of the Australian Association

The award was introduced by the AAvHF in 2010 in order to recognise the academic or professional achievement of AAvHF members in the early career stage of their careers. The award was named after to foundation President of the AAvHF, Professor Peter Schwerdtfeger who was President from 1983 to 2009. To be eligible for the award, a nominee must be a financial member of the AAvHF and have less than ten years full-time (or equivalent) research experience since graduating from his or her doctorate. Applications are called for approximately six months prior to the Biennial Colloquium of the Association and are considered by the Awards Subcommittee of the Association, which usually consists of three members of the current Executive Committee including at least one from amongst the President, Vice-President, Secretary and Treasurer. There can be no more than one Peter Schwerdtfeger Award in any two-year period and the award is normally presented during the Biennial Colloquium.