A new Chancellor and Vice-Chancellor take the helm

In a year that has brought widespread change to our global environment, 2020 also saw major leadership announcements for the University of Wollongong, including the appointment of a new Chancellor and Vice-Chancellor, to help drive the University into the future.

Ms Christine McLoughlin joined UOW in October as the fourth Chancellor, succeeding Ms Jillian Broadbent AC, who has made enormous contributions to the University’s reputation on the global stage and provided outstanding governance since her appointment in 2009.

Recognised as one of Australia’s most respected business leaders, Ms McLoughlin is currently Chair of leading financial services business Suncorp Group Limited, Venues NSW and the Minerva Network—of which she is also co-founder—which mentors and supports Australia’s professional female athletes.

Her other current directorships include nib Holdings Limited, one of Australia’s leading health and medical insurance providers and the McGrath Foundation, which is a breast cancer support and education charity that places breast care nurses into communities around Australia.

Ms McLoughlin is also a Fellow of the Australian Institute of Company Directors (FAICD), a member of Chief Executive Women and was recently appointed Australian delegate to the G20 EMPOWER Council, focused on the empowerment and progression of women’s economic representation across the globe.

She brings to the office of Chancellor extensive corporate governance experience, having been a director of companies across the financial services, resources, health insurance, sports and entertainment and infrastructure sectors.

“It is an honour and a privilege to be elected as Chancellor of the University of Wollongong. From its headquarters in the Illawarra, the University has developed its reputation as one of the leading universities in Australia through its world class teaching and research programs, its extended regional engagement and its significant international presence particularly in the Middle East and South East Asia,” Ms McLoughlin said.

“I look forward to continuing the outstanding work undertaken by Jillian Broadbent which has seen UOW develop and perform so strongly under her leadership and guidance.” 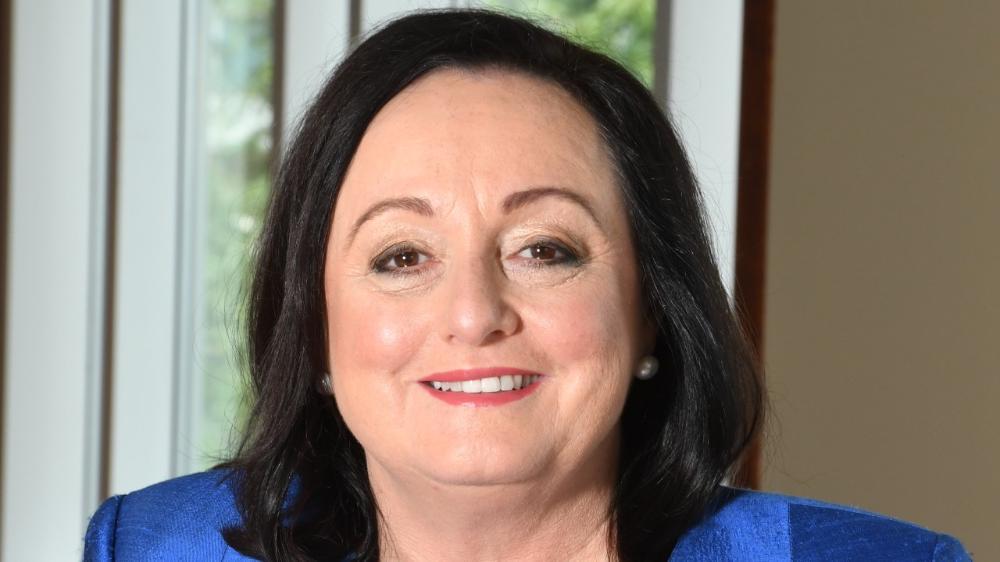 A global leader in the field of nursing, cardiovascular science, and global health, Professor Davidson brings to the role of Vice-Chancellor an impressive background that has seen her work across - and in partnership with - international institutions and universities. Currently, she is Co-Secretary General of the World Health Organisation Collaborating Centres for Nursing and Midwifery and Counsel General of the International Council on Women’s Health Issues.

Professor Davidson, who has authored more than 500 peer-reviewed journal articles and 30 book chapters, is passionate about nurturing early- and mid-career researchers, and about the importance of interdisciplinary research. Much of her career has been devoted to the needs of women and disadvantaged communities. In 2016, she received the Australian Museum Eureka Prize for Outstanding Mentor of Young Researchers.

As a UOW alumna, Professor Davidson will return to the place where she began her career in academia. She completed her Bachelor of Arts and Master of Education at UOW and in 2013, received the University’s Distinguished Alumni Award. Prior to her studies at UOW, Professor Davidson was a clinician and nurse consultant undertaking her clinical training at Wollongong Hospital and St. Vincent’s Hospital in Sydney.

Professor Davidson said “I am honoured and humbled to take on this role at this critical point in history. I have watched UOW expand and flourish since I started here as a student in the 70s and am excited to be part of the next phase of the University’s history and to build on the exceptional achievements of Vice-Chancellor Wellings and Chancellor Broadbent.”