Due to the current global COVID-19 impacts and the restrictions, the decision has been made to postpone the 15th International Conference on Atomically Controlled Surfaces, Interfaces and Nanostructures (ACSIN-15). The conference will now be held 16 - 18 November 2021, at the International Convention Centre, Sydney (ICC Sydney).

The University of Wollongong Australia is delighted to host the 15th International Conference on Atomically Controlled Surfaces, Interfaces and Nanostructures (ACSIN-15).

This multidisciplinary conference is a series of international conferences held every two years. It will cover topics related to nanoscience and nanotechnology, surfaces and interface science, and physical chemistry.

Following the success of the previous conference series, the 15th International Conference on Atomically Controlled Surfaces, Interfaces and Nanostructures (ACSIN-15) will be held in Sydney, Australia.

This conference is a series of international conferences held every two years. It was initiated and held firstly in 1991 in Tokyo, supported by the Thin Film and Surface Physics Division in The Japan Society of Applied Physics. In the past 29 years, ACSIN has been successfully hosted in Japan, Sweden, Spain, Italy and France.

In 2020, Sydney was ultimately selected as the host city for the 15th ACSIN (also 30th anniversary of the conference). This is the first time that the ACSIN will be held in the southern hemisphere.

This multidisciplinary conference will cover all the topics related to nanoscience and nanotechnology, surfaces and interface science, and physical chemistry. The topics include advances in surface characterization, surface nanotechnology and devices, energy, environment, catalysis, and bio-medical, low-dimensional materials and quantum matters, and modeling and simulation.

The conference will bring together scientists in broad fields, such as condensed matter physics, surface science, molecular physics, inorganic and organic chemistry, biology, chemical and environmental engineering. Young scientists and students are strongly encouraged to present their research work, build networks and facilitate their career development in ACSIN.

The 15th ACSIN is one of the most important forums for the dissemination and discussion of latest scientific advances in the broad field of science, engineering and applications. The conference, its participants and topics covered, will certainly provide new insights and directions taken by world leading scientists to address emerging problems in the fields of functional materials, surface physics and chemistry, renewable energy, environment protection, catalysis, and bio-medical applications.

On behalf of the organizing committee, we would like to invite you to join us for the 15th International Conference on Atomically Controlled Surfaces, Interfaces and Nanostructures (ACSIN-15). 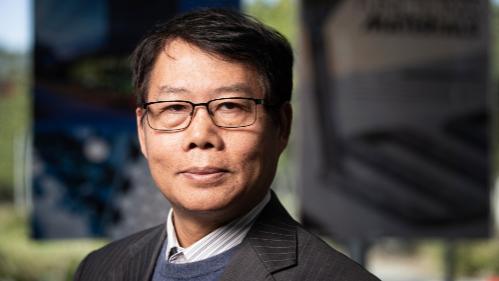